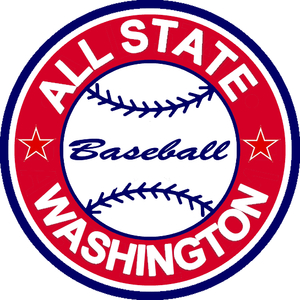 (Yakima, WA) Eli Sports is not done with baseball yet! On June 25th and 26th, we will head over to Yakima to stream the 2022 All-State baseball series. There will be four games during the weekend with some of the very best high school baseball players in the state.

The event started back in 2007 when Pete Orgill, Mel Moore, and George Benedetti began organizing the event with George’s son and former East Valley head baseball coach Jesse Benedetti helping as well. Unfortunately, Pete Orgill passed away and Mel and George stepped away but Jesse took things over and has kept the event going strong ever since. The goal has always been to allow players to get to take the field one last time and this time there was no pressure to go out and win. Players got to go out and play the game that they all fell in love with as young kids.

While all athletes have a competitive gene that they can’t turn off, the players here get to just enjoy the game of baseball with a bunch of players that they haven’t gotten to play the game with. The atmosphere in the dugouts and on the field are unique to this event. Even in summer ball, players are playing to win to reach playoffs and championships. Here, it is all about the love of the game. Many of these players have already committed to a college for one sport or another. They don’t need the game but they love the game.

Another fun tradition is all of the coaches for these teams play golf together on Friday. It is a fun way for them to get to know each other and create a bond. That bond leads to fun exchanges on the baseball field and a fun level competitiveness amongst the coaches. There will also be the annual Hall of Fame Ceremony after the games on Saturday. The Hall of Fame Ceremony is all put together by Brian Jackson

Around the state, there are around 18 feeder games every year featuring seniors. Ten players from each of those games are nominated and those names are sent to the feeder game directors and Jesse Benedetti and they go through and select about 75-80 players to participate based on availability for those players and position needs.

There have been many players that have played in the All-State Baseball Series that have gone on into the minors and in college baseball. Mason Martin and Alex McGarry are currently in the Pittsburgh Pirates and Cincinnati Reds organizations. Others include Elijah Hainline (Washington State), AJ Guerrero (University of Washington), Trystan Vrieling (Gonzaga), and Thomas Wheeler (Old Dominion) among many more. Perhaps the most memorable moment from the series came when Eli Wilson, son of Seattle Mariners legend Dan Wilson, was drafted during one of his games in the series back in 2016.

In total, 75 players from the class of 2022 will participate in the series this year. The 75 players will be split up into four different teams. Two games will be played on Saturday, June 25th starting at 11am. The winners will then play each other on Sunday and the other two teams will also play each other on Sunday. Each player gets a brand new All-State jersey that they get to keep. They then wear the All-State jerseys for the Saturday games but then Sunday is a little different. On Sunday the players get to wear their high school jerseys one last time as a way to cap off their high school careers.

For more information about the event including rosters check out there website in the link below. Also, be sure to catch all four games right here on ESN.