WIAA Spring Tournaments: How did the Seeds do? 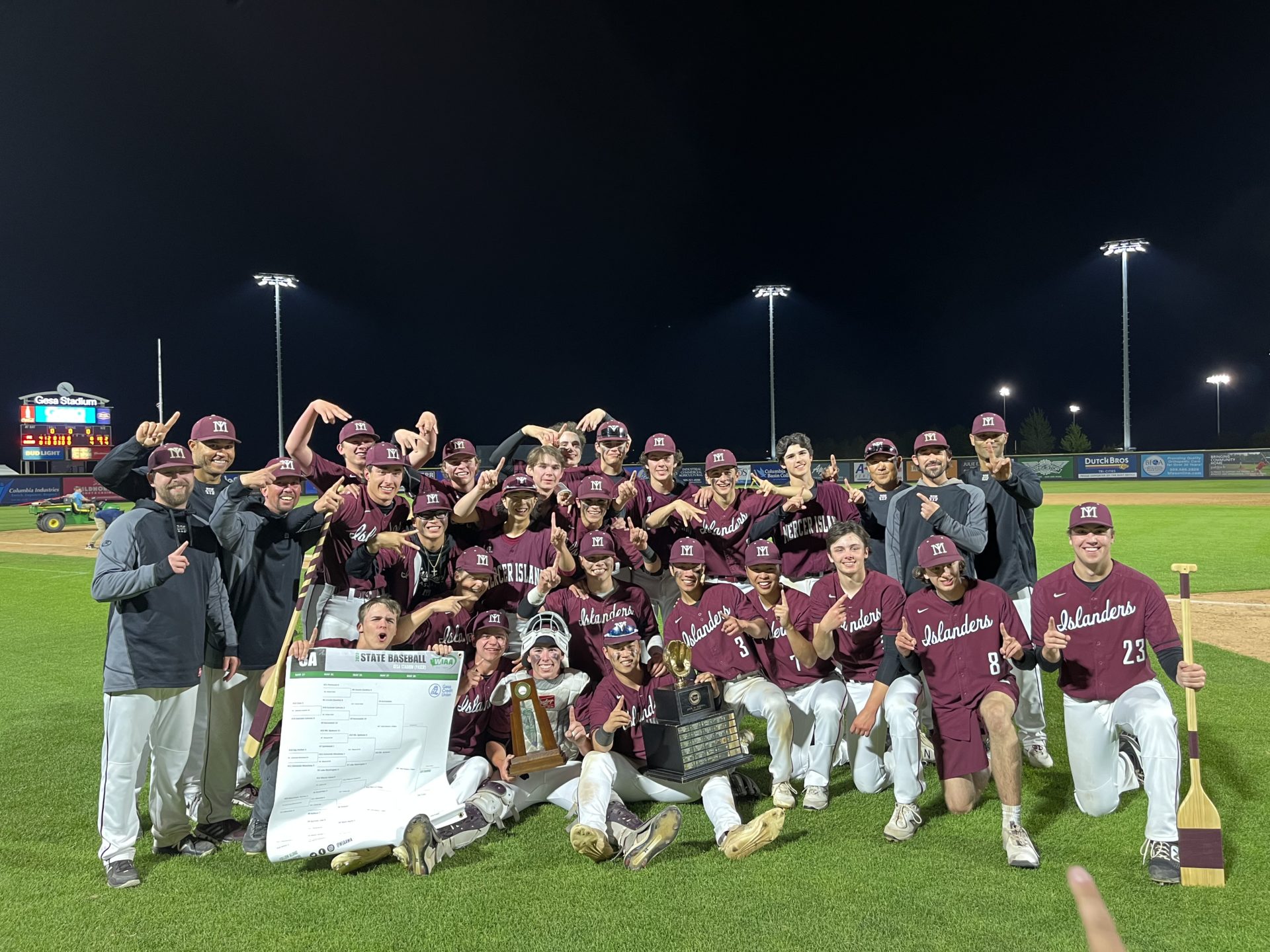 Now comes the fun of writing about High School Sports, the looking back and finding the oddities, unusual outcomes and dominate performances. Over the next few weeks we will be releasing stories about what happened of the chaotic finish to the 2022 Spring season. Up first, which seed was it best to be when it came to winning a state top 4 trophy? Which seed won the most Championships, how low did a seed win it all and how low did a seed trophy?

This is focused only on the team sports that were seeded into the tournaments by a selection committee. So this is not about Track and Field, Tennis and Golf but rather Baseball, Fastpitch and Boys Soccer. Let’s get to it!

There were a total of 16 tournaments in the team sports, 6 Baseball, 6 Fastpitch and 4 Soccer. The number of seeds varied from 1-8 up to 1-20 depending on the format of the tournament. There were 16 State Champions and 2nd place finishes but only 15 3rd and 4th placers because 1B baseball in their 8 team format only played off for 1st and 2nd.

In Baseball 2B Brewster beat Toutle Lake 7-6 in the Championship game. Th Bears ground out several wins to earn this title. After a convincing 10-2 win in the Regional opener they beat 6 seed Kalama 3-0 in the Regional Championship top advance to the Final 4. In the Semi-finals Brewster held off 3rd seeded Jenkins (Chewelah)  6-5 before handing the 1 seed Toutle Lake the 1 run loss for the all the marbles.

In Fastpitch, Lake Washington won the 3A Title with an impressive run through both day of the 20-team 3A tournament and in a driving rain storm on top of it. The Kangaroos quickly dispatched 15 seed Auburn-Riverside 17-2 in the opener and then beat Arlington 11-1 in the quarterfinals. On Saturday in the Semi-finals L-W cruised over the 3 seed Roosevelt 9-1 and finished it off with a 14-8 win over #1 Walla Walla. Lake Washington outscored their opponents 51-12.

In the 12-team 1A tournament #2 Nooksack Valley ran the table with 3 straight wins beginning with an 8-3 win over #7 Hoquiam in the quarters. In the semi’s the Pioneers blew out 6 seeded Mount Baker 14-4 pushing them into the Championship game where they defeated the 5-seed Lakeside 4-3 for the title.

And in Soccer The Bush School reeled off 4 straight wins in the 20-team 1A tournament.  In their opener they handled #15 Bridgeport 4-0 then defeated Lakeside (9 Mile Falls) 2-0 in the quarterfinals to get to the final 4. In the Semi-final against #14 Seattle Academy they continued their stiff defense with a 1-0 win. Then in the Championship The Bush School kept their shut-out streak intact blanked with a dominate 4-0 win over 12th seeded University Prep.

4-Way Tie for next most Championships

The next seed to win the most Titles was a 4-way tie with 2 Championships each. No surprise that 2 of those seeds are the #1 and #3 seeds but the other too are surprising and then stunning. Seed #6 won 2 titles as did the 12 seed.

Let’s start with the 12 seed and even more amazing was both 12 seeds were from the same school the Mercer Island Islanders. The Islanders won the State Baseball 3A Championship and did so with flair. Mercer Island beat the #1 seed West Seattle in the Semi-finals 3-1 then beat the 3-seed Kennewick 8-4 for the big trophy.

The Islander soccer team made their own impressive run defeating seeds #5, #4 the 8 seeded Monroe in the Semi-finals before knocking off #2 Lakeside in the Championship match 3-1.

The 6 seeds that picked up Championships included the Tumwater fastpitch team who certainly earned their title by handling the 11 seed in their opener 18-0 then took on 3 seed Lynden and pulled out a 5-3 win over the Lions. They faced #2 WF West for the 5th time this year and coming off a loss to the Bearcats in their District title game and had to go to 8 innings for the 5-3 win. The T-Birds had just beaten the 3 and then 2 seeds and now got top seeded Othello. Tumwater finished off the 1-2-3 seeds with an impressive 10-run, 13-4 win over Othello.

The other 6 seed to win a Title was in 2A boys soccer with Squalicum knocking off 4 seed Burlington-Edison in a blow-out, 5-0. Squalicum advanced to the Championship with an overtime win in the semi-final over #2 Sammamish. Sammamish outscored their opponents in their 4 state matches 14-2 with 3 shut-outs.

The 3 seed winners were in the 1B Baseball title game and Naselle held off #4 Crosspoint 5-3. Both teams knocked out the top 2 seeds in the semi-final after both easily advanced in the quarterfinal game of the Regional tournament.

The other 3 seed was the 2B Fastpitch team from Pe-Ell and Willapa Valley. The Titans showed no mercy not only shutting out each opponent but also 10-running them. PWV began in the quarters with a 10-0 win over Toledo, beat Rainier 10-0 in the Semi-final and then 11-0 over #1 seed Adna outscoring their opponents at state 31-0.

The #1 seeds to take the top spots were the 1B Liberty Christian Patriots in Fastpitch. After cruising to an easy quarterfinal win the Patriots survived #4 DeSales in the semi-finals 13-12 to get to the Championship game against #2 Colton. Liberty Christian then knocked off Colton 4-1 for the Title.

The only other 1 seed to win it all was in 4A Baseball where the Olympia Bears won in dramatic fashion over #2 Puyallup with a 7-6 walk-off win. The Bears won their Regional with a 6-0 win over 8 seed Issaquah and then beat the 4 seed Richland 7-3 before their epic showdown with the Vikings.

There were 3 other seeds who grabbed a title beginning with the 4 seed. The Tumwater T-Birds won their 1st ever Baseball state title with a 1-0 walk-off win in the bottom of the 7th. Tumwater won their Regional with a 2-1 win over 5 seed Ephrata then beat 9 seeded WF West 6-3 in the Semi-finals before making school history by knocking off 2 seed Columbia River in the Championship.

5 seed Bellarmine Prep won the 4A State Soccer Championship with one of the most efficient runs through any tournament. The Lions in 4 matches scored only 5 goals total. They beat 12 seed Eastmont 2-1 in the opener then knocked off 4 seed Newport 1-0 to get to the final 4. In the Semi-final B Prep stunned #1 Pasco after tying through regulation and 2 OT’s 1-1 they advanced to the Championship match in a shoot-out. And in the big match Bellarmine Prep shut out 7 seeded Skyline 1-0.

The final Title went to #8 Redmond as they pushed past Skyview 7-6. The Mustangs handled #9 Olympia in the opener but then served notice with a stunning 5-1 victory over #1 seed Kentwood in the quarterfinals. Redmond advanced to the Championship game with a 4-1 Semi-final win over 4 seed Puyallup before winning it all.

Here are the final number counts of trophies earned by each seed: