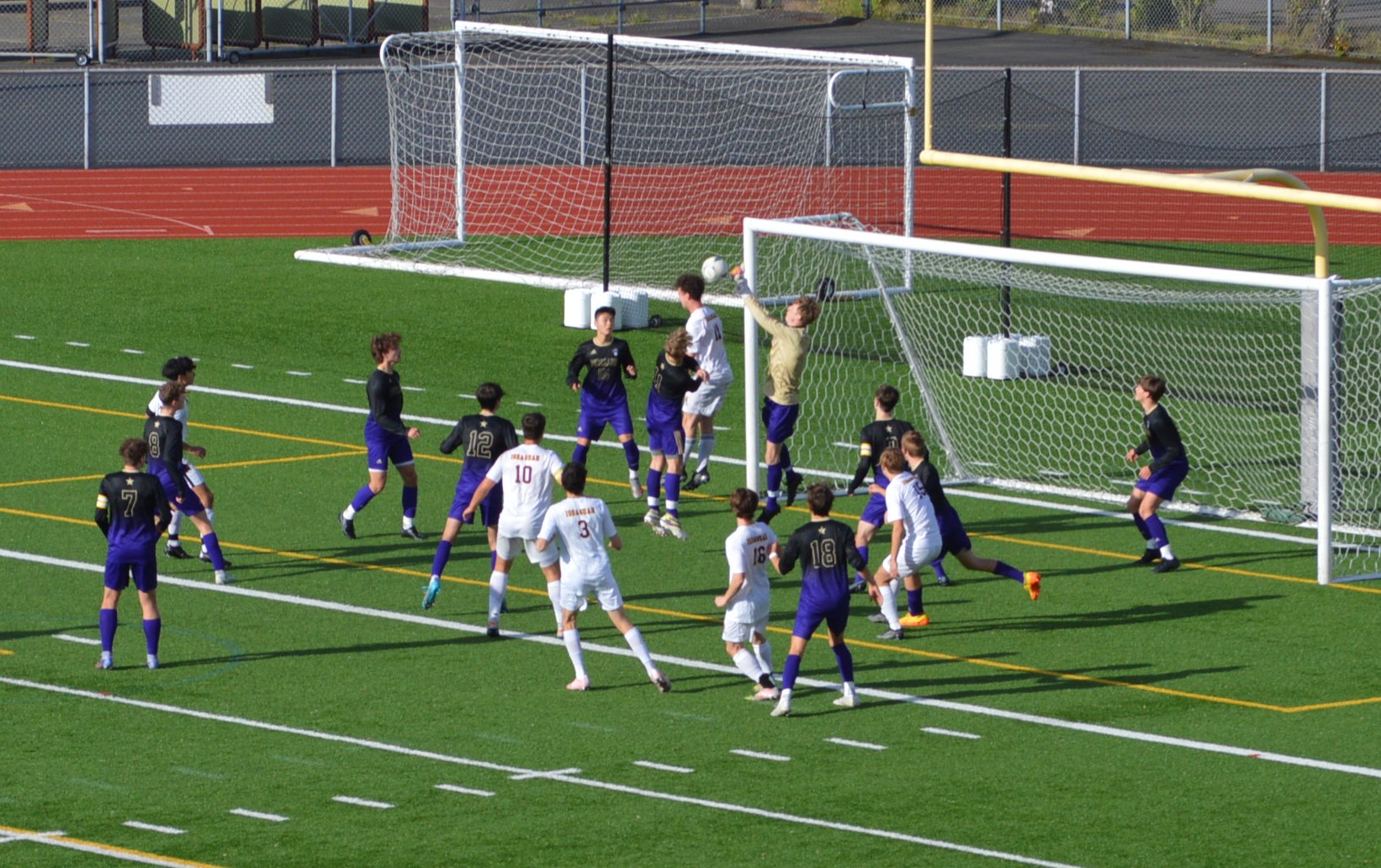 (Puyallup, WA) The Puyallup Vikings did all they could late in the season to move up in the state seedings and they did move up significantly from their RPI to the overall 6th seed. But for a team coming in with a 13-1-5 record including an 8-0-2 record over the last few weeks of the season and a 3-0 district record and district championship. The Vikings tied Bellarmine Prep in the regular season, came into the the district tournament on a 2-game winning streak then beat Kentwood in the 1st round of districts then defeated the 2 seed Kennedy Catholic in OT and then beat the 4 seed Union 2-1 in a 16 round shoot-out that earned Puyallup the Championship.

So when the state seedings came out and Union was installed as the 2 seed and Bellarmine who lost to Union in the district semi-finals then took 3rd was seeded as the 5 seed in state being designated the 6th seed left a bad taste in the mouths of the Vikings.

On the flip side the Issaquah Eagles also went into their district tournament on a 2-game winning streak then played in a seeding game in which they beat Glacier Peak to get into the Winner’s bracket. The Eagles then lost to the District #1 seed Newport and fell into the consolation bracket and won back to back matches over Redmond and then Bothell to take the 3rd place trophy. Newport ended up the district Champ and were seeded 4th into State. Issaquah got the 11 seed and were looking to take that next step in the opening round of state on the road at Puyallup. They too wanted to prove they belonged and both teams came in with a chip on their shoulders.

The match played out like to teams wanting to prove something and in the end a shoot-out would determine the outcome. After some loing balls back and forth and a feeling out process Puyallup struck on a beautiful shot from Liam Stoner on an assist from Dean Williams and the Vikings led 1-0 in the 16th minute. Puyallup and Stoner would strike again in the 32nd minute on an assist from Chase McMillian who led Stoner perfectly for the score and the Vikings had a comfortable 2-0 lead as they headed for the halftime break…maybe too comfortable.

Issaquah had their opportunities in the 1st half attacking on the flanks but could not put together the perfect crossing scenario to finish off a scoring run. As they began the 2nd half the Eagles were clearly playing at a more urgent level and they also made a change at keeper from Niclas Isensee to Mitchell Wilson. Wilson is long and lean and has a booming leg.

The Eagles came out quickly to get back in the match scrambling in the 1st 30 or so seconds of the 2nd half when Ryan Bendt hit a shot on an assist from Cody Stark. Just like that Issaquah was back in the match. Puyallup dug in defensively but felt like Issaquah had them on their heels as they continued to launch run after run and finally it came together again in the 74th when Eli Rosenthal grabbed the loose ball and sent it straight across the front of the Viking goal when Sharif Lacasse came from no where and connected on a perfect redirected header for the equalizer.

The match then went to overtime and after no change in 10-minutes of Golden Goal OT the two teams headed for a shoot-out. Up 1st was Puyallup who sent Lucas Foster who shot to the right of Mitchell Wilson but Wilson read it all the way and knocked it down. Issaquah would then hit 4 straight shots from Andrew Myerson, Rosenthal, Lacasse and Mason Jeske. Puyallup countered with goals by Brady Anderson, Roby Hooper and Dean Williams

Entering the 5th round Puyallup trailed 4-3 so they would need to make their shot and then hope that keeper Nathan Vitzthum could knock down the 5th Eagles attempt to extend the shoot-out. Vitzthum never got the chance though as Wilson again came up big by smothering the shot from Liam Stoner. Issaquah exploded and celebrated while the stunned Vikings were trying to reconcile what just happened.

Issaquah improves to 13-5 and advances to the quarterfinals while Puyallup had their season come to an end and they finished with a 13-2-5 mark. The Eagles will next face #3 Wenatchee on Saturday in the Apple Bowl with a 4pm kick-off.

Our MVP’s for each team went to Issaquah’s Mitchell Wilson for his dominating performance in goal and to Puyallup’s Liam Stoner for scoring both 1st half goals.