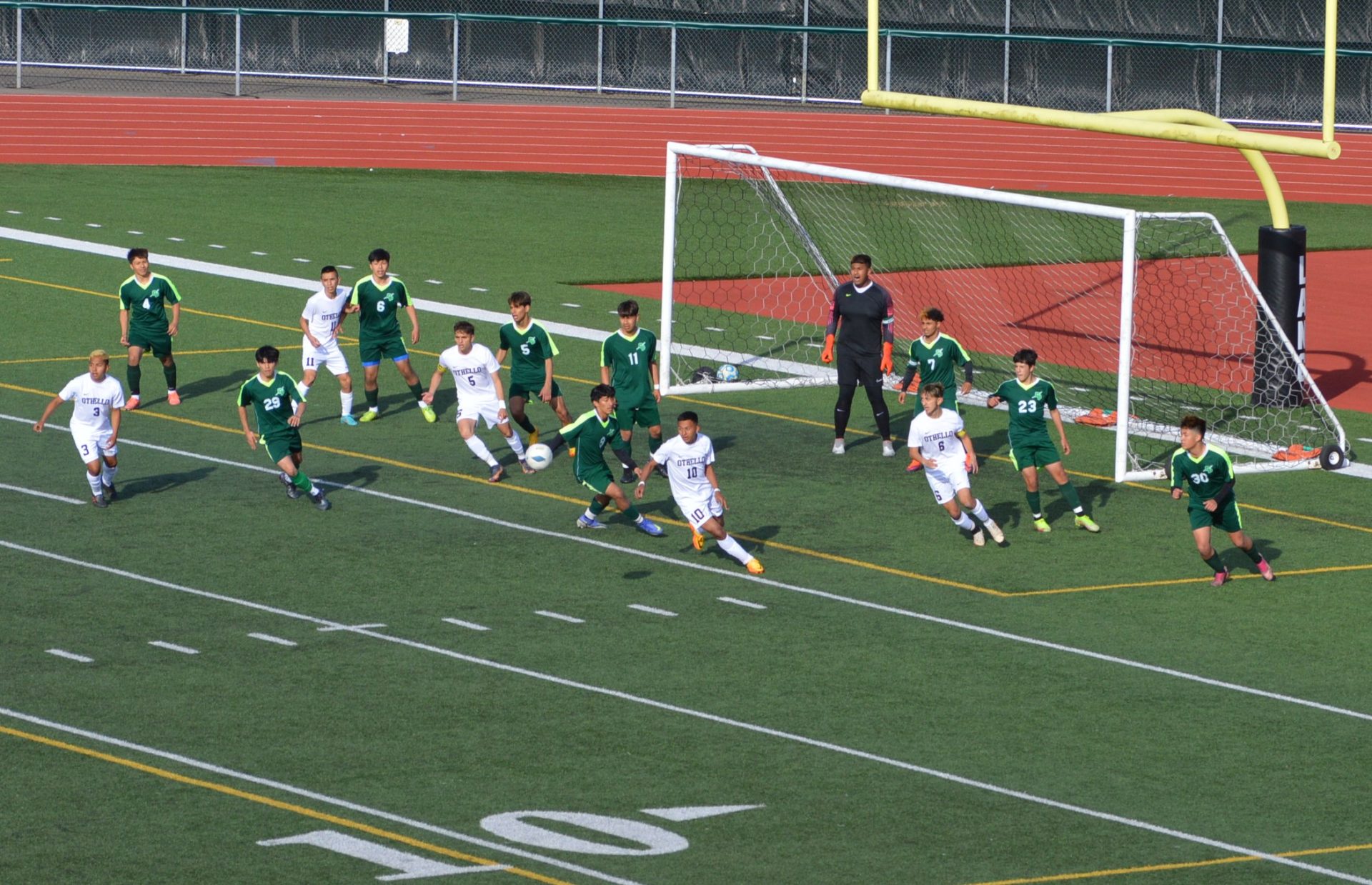 (Lakewood, WA) The opening round of the 2A boys state soccer tournament was special to each team in different ways. For Othello it had been since 2015 since they had made it to the play-offs and long time coach Bernie Garza was ready to get back to post-season and take another shot at winning the top prize. During Garza’s 29-year run they have 3 final 4 appearances with two 3rd place finishes and one 4th.

The moment did not overwhelm the Timberwolves and actually they came out early in the 1st half and put pressure on the Othello defense. A shot that was just pushed off and an early corner kick threatened the Huskies for an early lead but their defense would hold.

In fact both defenses held tight for the entire 1st half but each team had their chances. Both keepers were solid with Erick Sandoval in for Othello and Engelber Piza for Clover Park along with defenders for Othello Alonzo Cruz, Isaac Rodriguez, Brandon Garza and Jesus Bonilla and for Clover Park Anthony Jaime, Johnny Jaime, Brandon Galvo-Guillen and Saul Herrera-Martinez.

In the 2nd half again Clover Park came out strong but again could not find the right scoring combination. Othello turned it around quickly and in the 51st Juan Cabrera the Husky’s amazing Freshman took a loose ball and with a beautiful sidestep struck and hit the 1st goal of the match. Othello then added the insurance goal in the 63rd. The match had slowed to a snail’s pace with a player needing to come out and several subscoming and running down clearance kicks in a wide open stadium when Othello threw in a ball and Juan Lauriano chipped a shot over everyone and it floated into the goal stunning the T-Wolves for a 2-0 lead.

That is how the score would stay and Othello advanced to the quarterfinals where they will certainly be challenged when they have to travel to Vancouver to face the #1 seed in the tournament, Columbia River who advanced with a 5-1 win over WF West.

Below are the fullo Post-Game show with more comments and re-caps, additional video highlights and picture gallery.