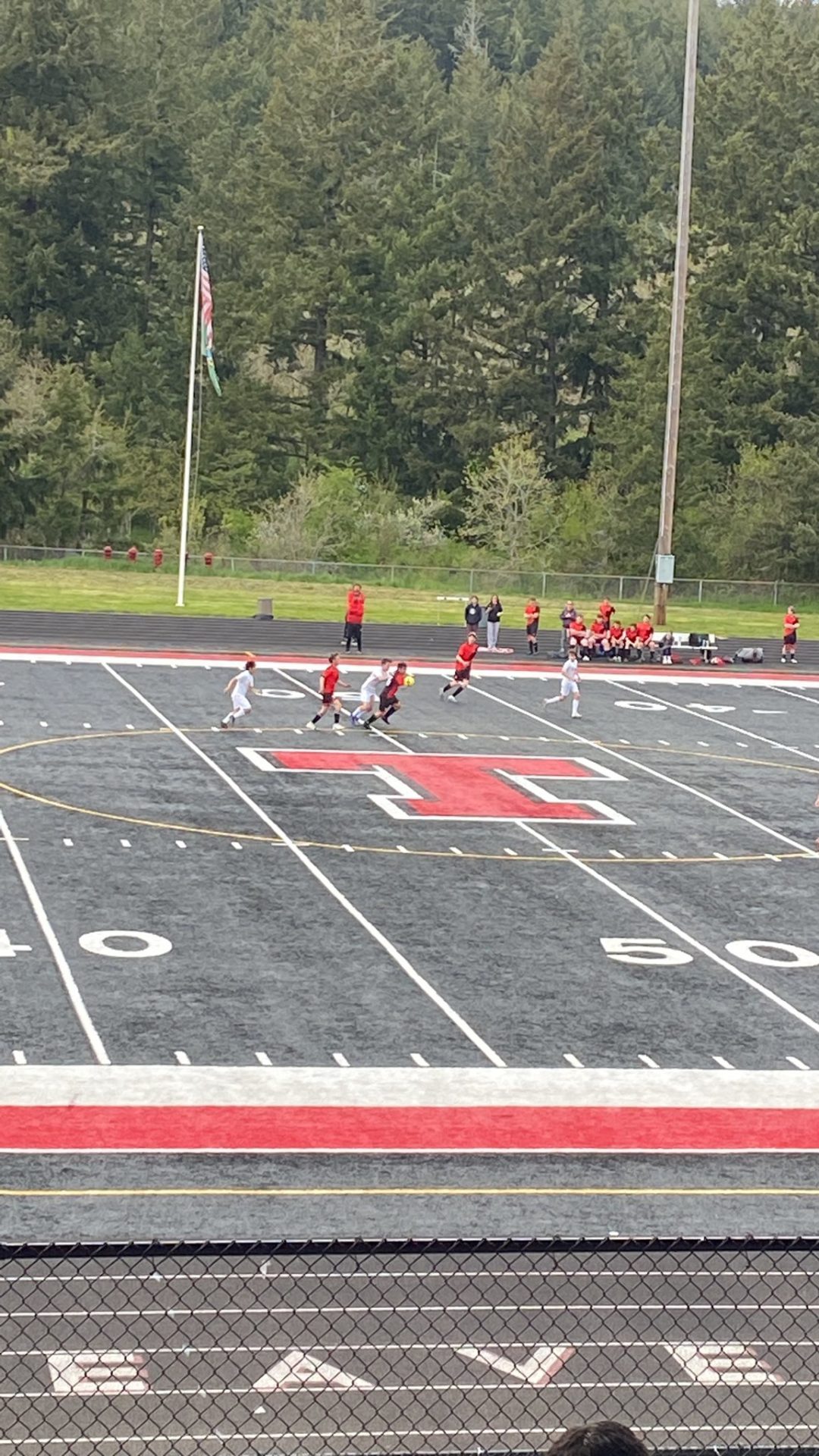 (Tenino, WA) For the Ilwaco Fishermen and the Tenino Beavers the playoffs started early. The winner was headed to Districts while the loser would see their season come to an end. When the final whistle sounded, it would be Tenino celebrating not only their seniors but also a trip to the playoffs as they knocked off Ilwaco 5-0.

In a fantastic tradition, Tenino honors not only there own seniors but the opposing seniors as well with gifts. That is one of the best things about high school sports and credit to those that keep the emphasis on the kids.

When the match started, the Beavers wasted no time getting on the scoreboard. A penalty inside the 18 gave the Beavers a penalty kick in the 4th minute. Paydon Henderson stepped up and knocked it in to put Tenino up 1-0.

The Ilwaco defense would then stand strong for the next 20 minutes. Tenino’s back line did a great job of shutting down all of the Ilwaco attacks. In the 28th minute, Tyler Minerich would thread a shot through traffic to make it 2-0 Tenino. They would add a third in the 36th minute off a corner and finished off by David Espinoza to make it 3-0 at halftime.

The second half would me bore of the same from Tenino and with an injury to Ilwaco’s starting goalie the Beavers would add a couple more goals. Max Craig would hit a very nice shot in the 47th minute to make it 4-0. Triston Whitaker would put in the final shot to give Tenino the 5-0 win and final spot in the District Tournament.

Ilwaco’s season unfortunately comes to an end as they finish with a record of 6-8 and 6-7 in league play. Tenino moves to 9-7 with the win and 8-6 in league play. They open the District Tournament on Saturday against Seton Catholic. The Other first round games of the District 4 1A tournament are Winlock-Toledo United vs Elma, Forks vs King’s Way Christian, and Columbia (White Salmon) vs Montesano. All of the first round matches take place on Saturday, May 7th.

Our Pacific Sports Spa MVP for Ilwaco was Jaden Turner and our Thorbeckes MVP for Tenino was Zach Byer.