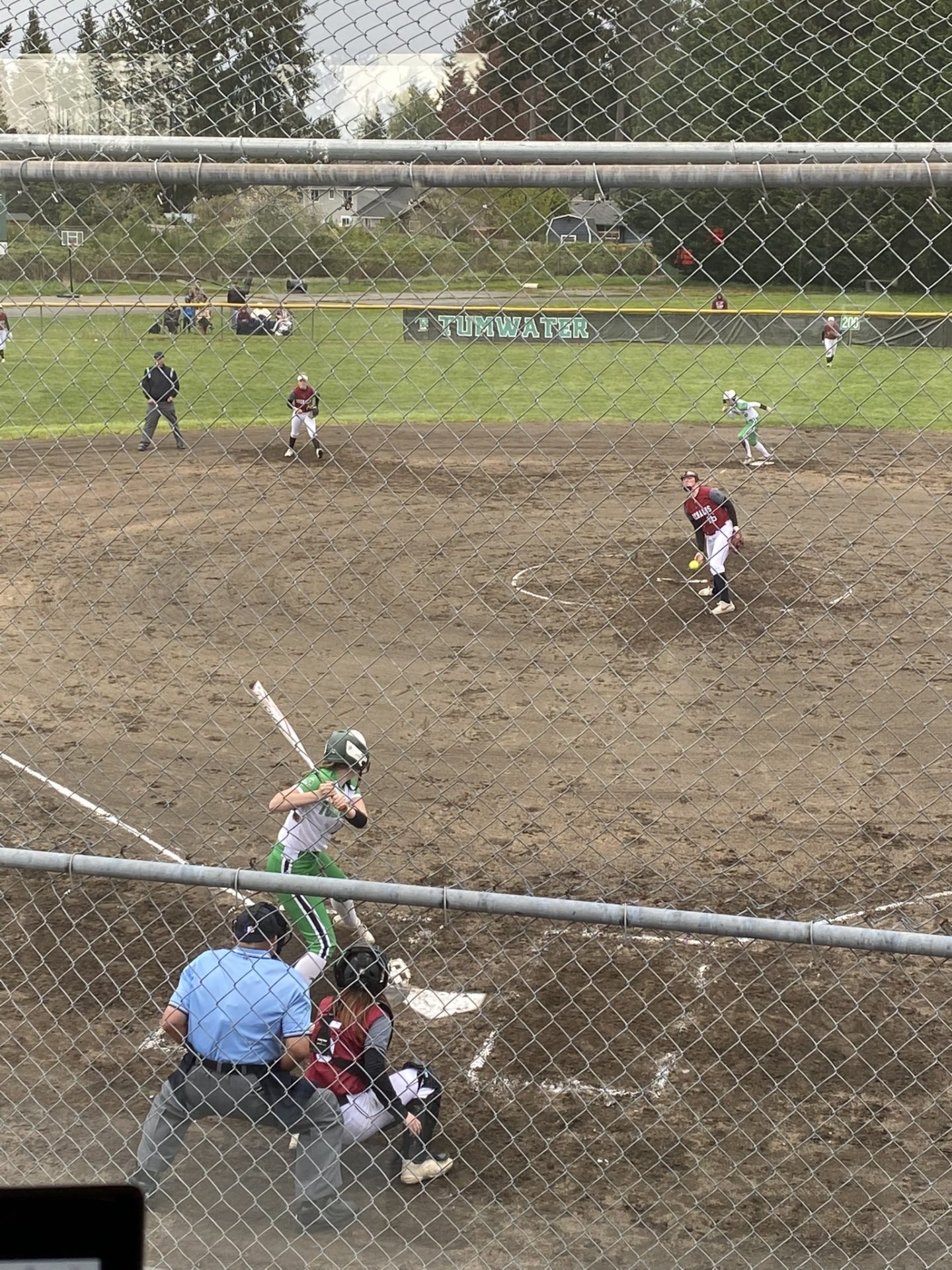 (Tumwater, WA) For the third time this season, WF West and Tumwater would meet on the softball field. And once again they played close contest that went this time to the T-Birds as Tumwater would hang on for a 2-1 victory.

Both pitchers immediately showed that they were on their A game. For Tumwater, it was Ella Ferguson trusting her defense and forcing the Bearcats to just put it in play. Ferguson did not allow a base runner for the first three innings. For WF West, Kamy Dacus allowed a leadoff single before retiring nine straight to have the game scoreless going into the 4th.

Tumwater would then get some offense going in the 4th. The T-Birds had runners on first and second with nobody out. A couple of groundballs would then have runners on second and third with two outs. Megan Paull would then step up with the biggest hit of the game for Tumwater to drive in two runs and give Tumwater the 2-0 lead.

Ella Ferguson would pitch out of some trouble with two outs in the 6th to preserve the lead. Dacus also bounced back for the Bearcats by spinning a scoreless 5th and 6th inning. This one would not end without some drama.

Avalon Myers had a couple of solid hits down the left field line that would go just foul in the 5th. To lead off the 7th, Myers would lace another one foul. Then she found her timing and would send a shot over the left field fence to get the Bearcats on the board still trailing 2-1.

Ferguson would then strike out the next two batters to put the Bearcats down to their final out. Saige Brindle would then hit a grounder with two strikes but the throw to first couldn’t be handled for a two out base runner. Rachel Gray would then be down to her final strike as well before knocking one into right field for a two out hit. Lena Fragner would then try to tie the game and hit a blooper into shallow left field. Tumwater shortstop Aly Waltermeyer would make a nice running catch for Tumwater to hang onto the 2-1 victory.