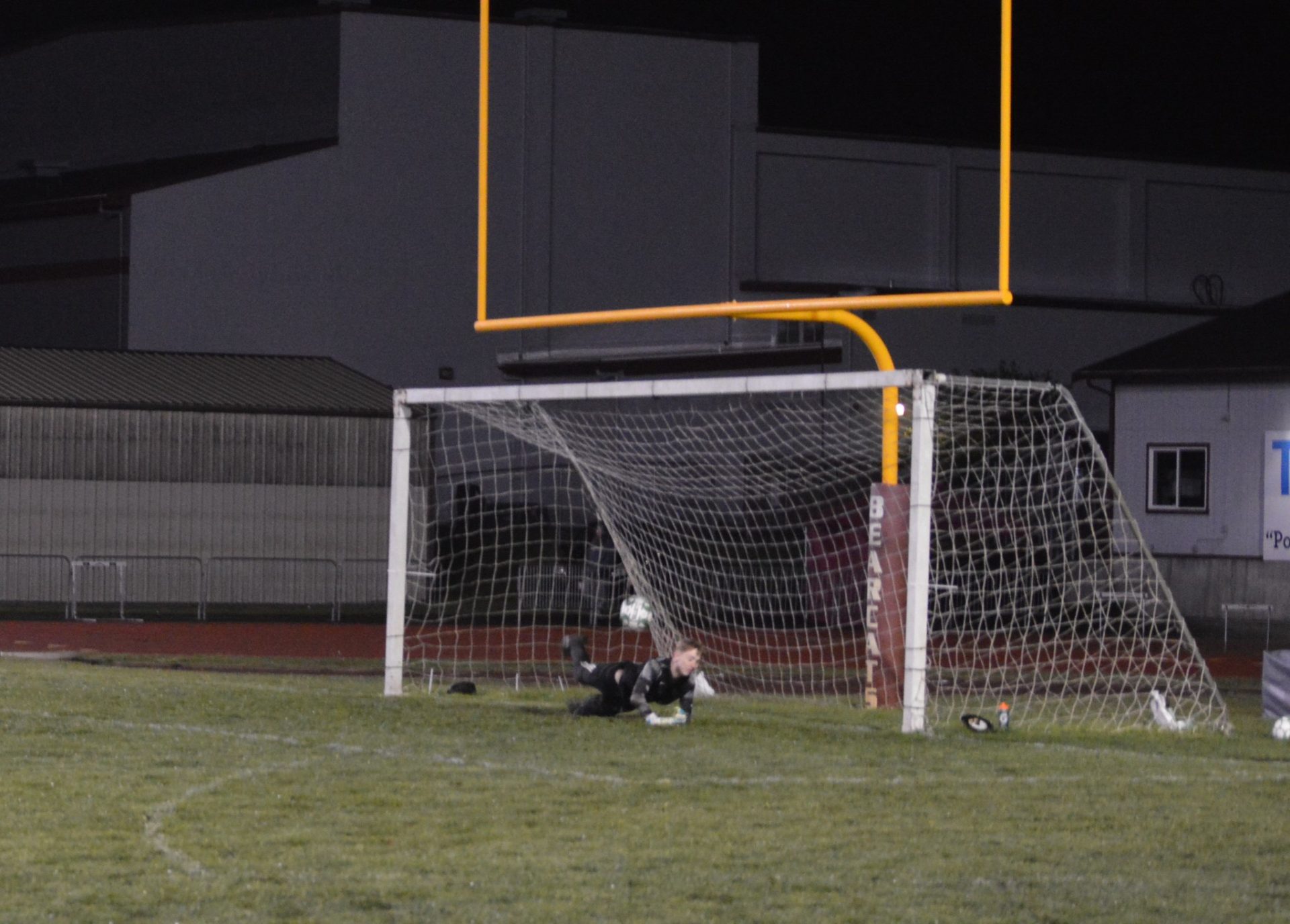 (Chehalis, WA) The WF West Bearcats finally beat the Tumwater Thunderbirds. After the team swarmed their keeper Hayden Sierra after he knocked down a PK shot in the 7th round of a shoot-out to secure a 1-0 win over the undefeated T-Birds the most common word heard from the players was “FINALLY”! Seniors yelling out loud this was our #1 goal to beat this team which they hadn’t done over the past 4 years.

The jubilation marked a magnificent game that featured two teams leaving it all on the Bearcats home field. There was everything you could ask for hard play, never give up effort, great offensive attacks but greater backline defense and superb keeper play on both ends. Throw in some chippiness, aggressive play along with both teams smiling, ribbing each other and sportsmanship.

After 80 minutes of that kind of play it went to 2 5-minute sudden death overtime periods which also left the score 0-0 forcing the shoot-out. 5 rounds of 1-on-1 play between a sharpshooter and only the keepers. The score was tied 2-2 after 2 rounds. In the 3rd Tumwater keeper Lukas Stuart came up with a big stop to turn the tides in the T-Birds favor. They would not hold that advantage for long as Bearcat goalie Hayden Sciera would also stop the Tumwater shot to keep things even at 2-2 into the 4th round. Both sides hit their 4th shot to send things into the 5th round even at 3-3.

In the 5th round, both keepers once again stepped up with massive saves to keep the PKs going into extras. Both teams quickly decided who their next shooters would be and both knock in their shots to send it to a 7th round. The Bearcats sent Cody Pennington to the line and he would hit his shot to give the Bearcats the 5-4 advantage. Tumwater had some debate on who would shoot next but decided on their junior goalie Lukas Stuart. Stuart put the shot on frame but Sciera would come up with the save to win it for WF West 5-4. All 14 shots in PKs were on frame and forced the goalies to try to make the plays.