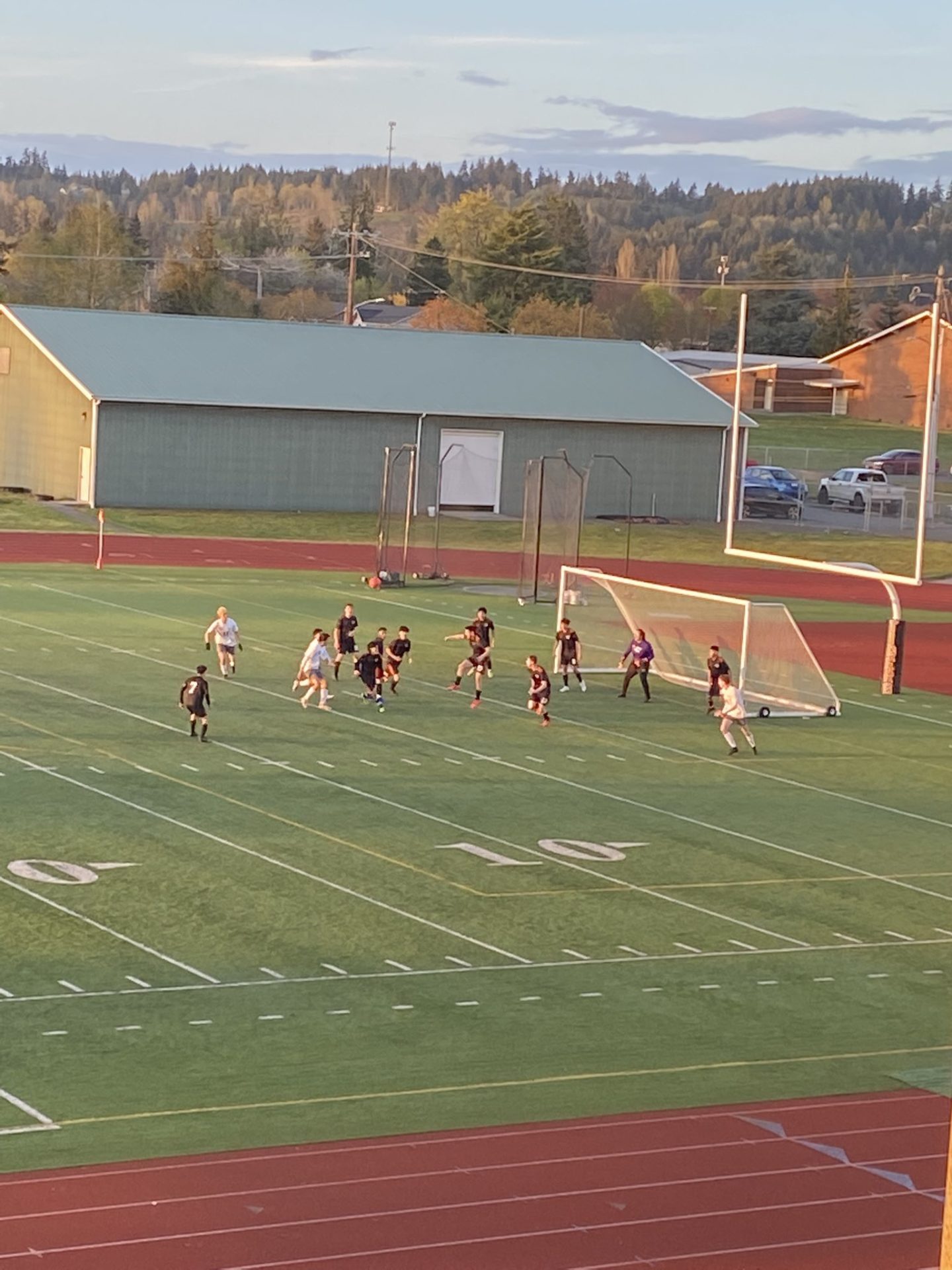 (Centralia, WA) When the WF West Bearcats and Centralia Tigers step onto the same pitch for a soccer showdown, anything can happen. Just look at their first matched which ended with WF West getting the win in penalty kicks. On Friday night, the Centralia Tigers got their revenge…twice.

In a match in which the Tigers needed to win to keep their playoff hopes alive, they came out with a ton of energy and you could feel that they were going to empty the tank to try to knock off their rivals. They came out with a very defensive approach which lasted pretty much the entire match. They were going to try to rely on their speedy forwards to get a breakaway or use set pieces to try to find the back of the net.

In the 10th minute, that strategy worked out. A corner kick gave Centralia a look to strike first and they would capitalize. Kilmer Alverto-Gabarrette sent in a perfect corner kick and defender Alan Cox would go up and head it in to give the Tigers the 1-0 lead.

The Bearcats would then amp up their pressure to try to find the equalizer. WF West got their own corner kick but the ball was sent to far and to the other side of the field. They would then try to center one back in but it took a deflection up into the air. That was when Bearcat junior Elvis Leal Perez would control it and fire in a fantastic shot to even the match at 1-1 in the 28th minute.

Centralia would then hold firm defensively and their game plan of defense first really seemed to work out perfectly. Centralis goalie Victor Reyes had a couple of close calls but was either able to coral the shots or spill them outside of the posts. After 80 minutes we were still even at 1-1 and headed to OT.

Carlos Hernandez would step up in a massive way in penalty kicks. He would save three of the four shots that he faced to make things much less stressful for his teammates. They would capitalize on the opportunity and the Centralia Tigers would win the shootout 3-1 to take the match 2-1.

Things weren’t done yet however. The Lewis County Newspaper, the Chronicle, bought a massive trophy to award to the winner of the season series in the newly named Chronicle Cup. The season series was even though. WF West won the first match 2-1 in penalty kicks and Centralia won the second the exact same way. So they had to think on the fly. There was only one way to settle the even series: one more penalty kick shootout.

After getting the students off the field after celebrating the win, coaches set up one more penalty kick shootout and both teams had to try to flush the previous match. To reset that quickly is a very tough ask. Shutting off those emotions after a hard fought match is nearly impossible. These players would do just that.

Both teams cashed in on their first five attempts forcing the shootout into overtime. Once again it was Carlos Hernandez stepping up and stopping the Bearcats sixth shot. It would come down to Darrell Neuert to try to win it for the Tigers. He would do just that to win the Centralia Tigers the inaugural Chronicle Cup.