Soccer: Puyallup pulls away from Sumner in 2nd half keeps firm grip on 2nd place 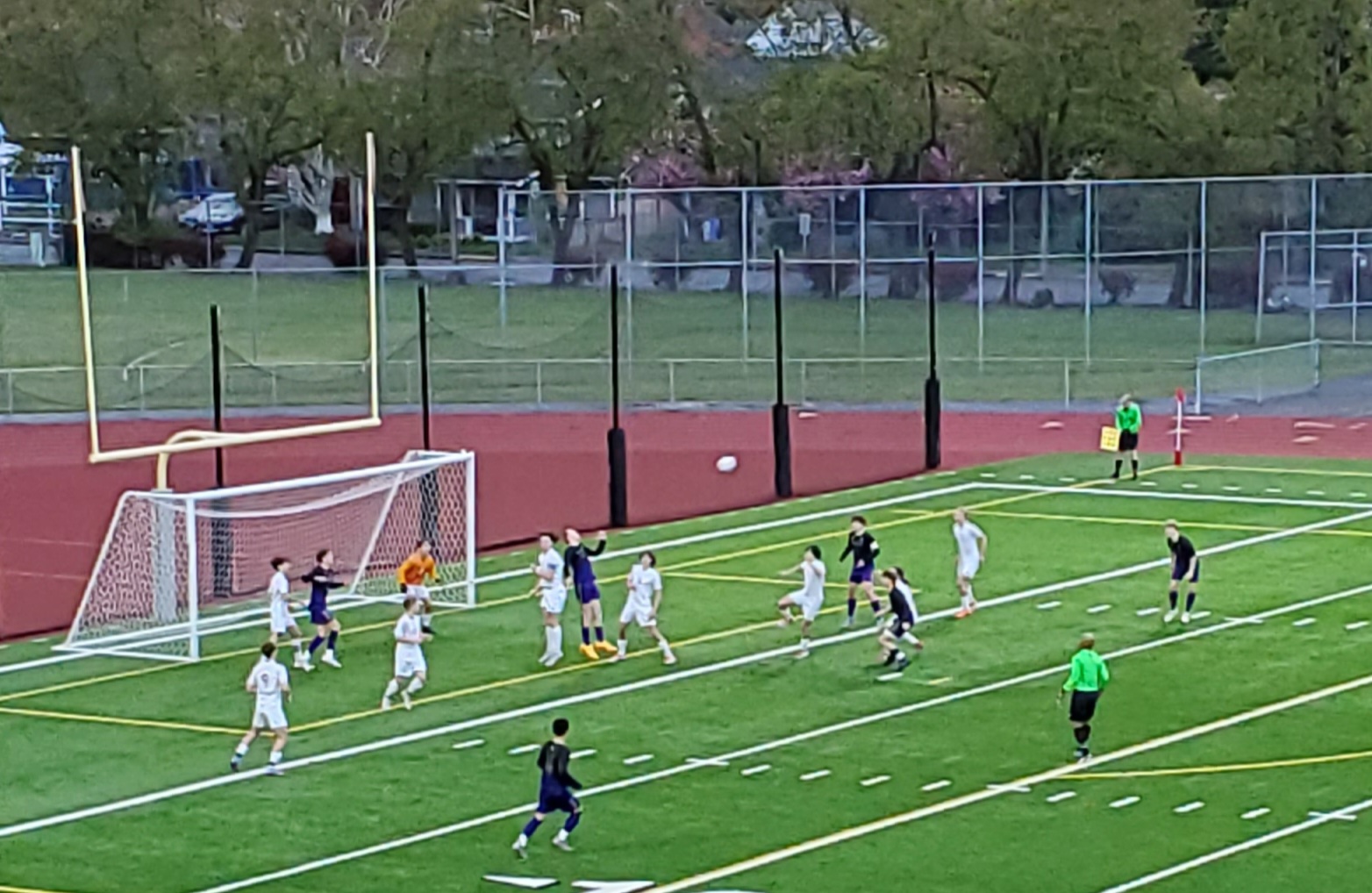 (Puyallup, WA) The Puyallup Vikings were looking to hold on to 2nd place in the SPSL 4A boys soccer league and keep their hopes alive of catching front running Bellarmine Prep when they hosted the Sumner Spartans on Thursday night. The two teams had played a few weeks ago and finished in a 0-0 tie.

This match would be different from early on with the Vikings Zack Robertson on an assist from Josh Job floated a beautiful flip shot over the top from about 15 yards out for a 1-0 lead in the 8th minute. Sumner would battle back and a beautiful set piece from the 35-yard line off the foot of Ty Brunner laid it up perfectly for Wyatt Osley who shot it into the back of the net to tie the match at 1-1 in the 22nd minute and that’s how they would go to the half.

A heavy rain squall would come through at about the 50th minute and that energized the Vikings who would score the go-ahead and eventual winning goal and an insurance goal in a 2-minute scoring spree. The 2nd goal came off an assist from Chase McMillian to Liam Stoner who found the far side of the net. The goal was also a nice 16th birthday present to himself.

Puyallup would quickly strike again in the 52nd minute on a goal from Dean Williams with Jet Hazen getting the assist. The Vikings would score a 4th goal late in the match when Ryan Cunningham finished off an attack on a pass from Corben Vega for the final score.

Puyallup improved to 6-1-2 in league play and Sumner drops to 4-4-1. Our MVP’s went to the Vikings Zack Robertson and the Spartans Wyatt Osley.

Wyatt Osley with the tying Goal

Liam Stoner gives himself a birthday present with the winning shot