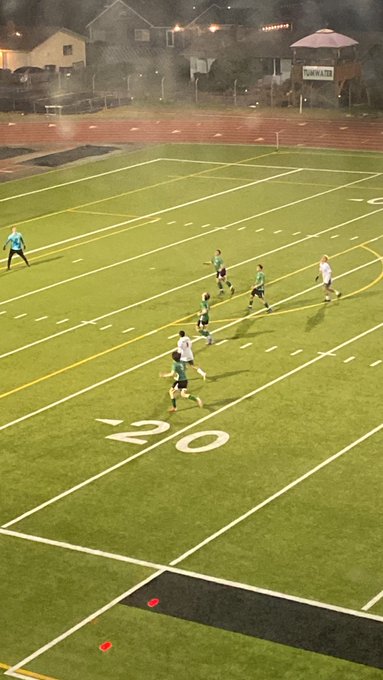 (Tumwater, WA) In a matchup between two teams both unbeaten in league play, opportunities were few and far between. It was going to take one perfectly executed attack to get the win in this Evergreen 2A matchup.

Tumwater would be the team to execute the attack and capitalize on good team passing to knock off WF West 1-0.  After not many opportunities for either side in the first half, both teams got very aggressive in the second half.

The Bearcats had the better looks early in the second half but it would be Tumwater breaking the scoreless tie in the 57th minute. Great chain passing from Sam Southworth to Myles Leneker to the right foot of Sambou Jadama resulted in the first goal of the match

Tumwater Gets on the Board

WF West would then turn up the aggression even more to try to find the equalizer. Elvis Leal Perez, playing with an injured ankle, continued to help earn the Bearcats opportunities but none would make it past T-Bird keeper Lukas Stuart.

In the 79th minute, WF West got possibly their best look of the match. Gideon Priest fought through multiple Tumwater defenders to win a 50/50 ball and was able to get a shot off right in front of the Tumwater goal. Once again, Lukas Stuart stepped up with a big save to preserve a 1-0 Tumwater victory.

Our Pacific Sports Spa MVP for WF West was Elvis Leal Perez and our Thorbeckes MVP for Tumwater was Sambou Jadama.