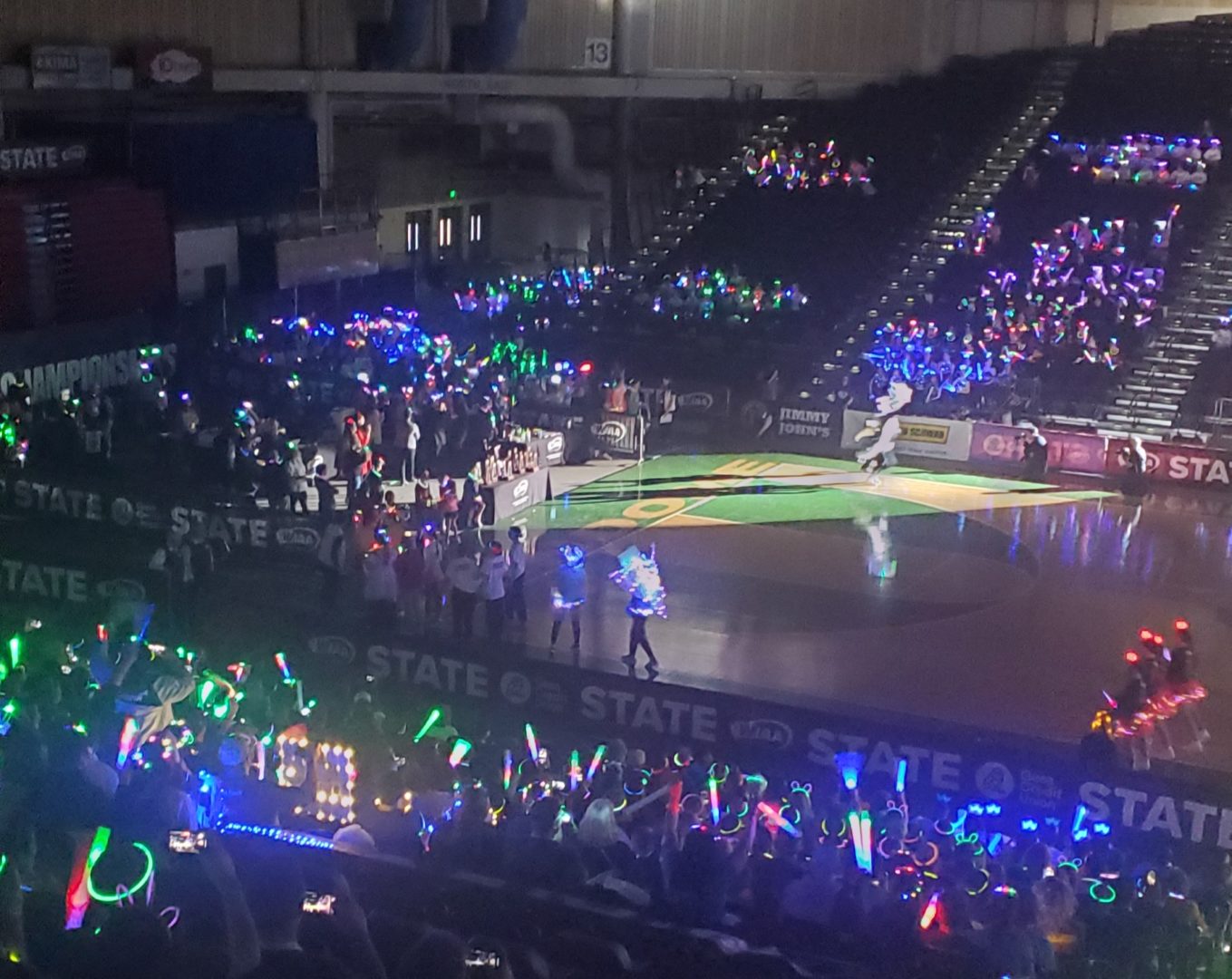 The Winner of the 4A Drill Down was Beatrice Munson from Camas, 2nd went to Kamiak’s Sydney Hamilton and 3rd place was Aubrey Stodgell from Kentwood.

In the competitions a few teams shined brightly, Pasco won 2 events and placed 2nd in the 3rd event they competed. Moses Lake matched Pasco in Titles winning 2 and grabbing a 2nd. . Issaquah, Skyline and Mount Si all won one event. Skyline also picked up a 5th place in Pom. Kentwood won 2 trophies as well a 2nd and a 3rd while South Kitsap also was a double winner with a 3rd and 4th place finish.

Other awards handed out include 3 scholarships from the WSDDCA. The top award was a $1,500 scholarship that went to Natalie Nickels from Eastlake. The $1,000 scholarship went to Issaquah’s Morgan Gentzen and the $500 award was earned by Olivia Clishe from Olympia High School.

Below are the results of each category:

Dance
13 teams competed and 4 places were awarded. In this case 5 trophies were handed out as there was a tie for 1st place, a first for state dance and drill. In the end the judges could not separate Skyline and Issaquah. Kentwood took the 2nd place trophy while South Kitsap got 3rd and 4th place went to Kentridge.

Hip Hop
11 teams battled for top Hip Hop and coming away with the top trophy were the Pasco Bulldogs. Pasco edged out a terrific performance from the Union Titans who took home 2nd place while Kentwood scored well to grab 3rd place.

Kick
6 teams lined up for the Kick competition and it was Mount Si pulling out the win. The Wildcats pulled together for an outstanding performance holding off Moses Lake from collecting their 3rd title of the Championships.

Military
8 teams competed in the Military category and saluting their way to victory was Moses Lake with 1 of 2 Championships. Newport (Bellevue) was right behind in 2nd. Only 2 trophies were awarded in this category.

Pom
This category had the most entries with 17 and 5 trophies were awarded. The Champion emerging from the crowded field Moses Lake. Moses Lake stood in the way of Pasco claiming 3 Titles as the Bulldogs were right there in 2nd place. Eastlake scored their lone trophy with 3rd place. South Kitsap and Skyline each picked up their 2nd trophies of the day with the 4th and 5th place trophies respectively.

Show
Only 3 teams in the most involved category of the 6. This event commonly features elaborate sets, costumes and a large number of competitors who interpret a specific theme or story. The Pasco Bulldogs take on Penguins was chosen top performance over an equally complex performance by Kentridge’s take on Cinderella. Union’s performance was more subtle as they tackled the theme of rising up against your personal challenges with a beautiful dance focused presentation.

The judges in the end leaned to the Pasco performance as the top performance. This was also Pasco’s 2nd championship matching Moses Lake’s 2 wins and a 2nd place trophy for top overall team.