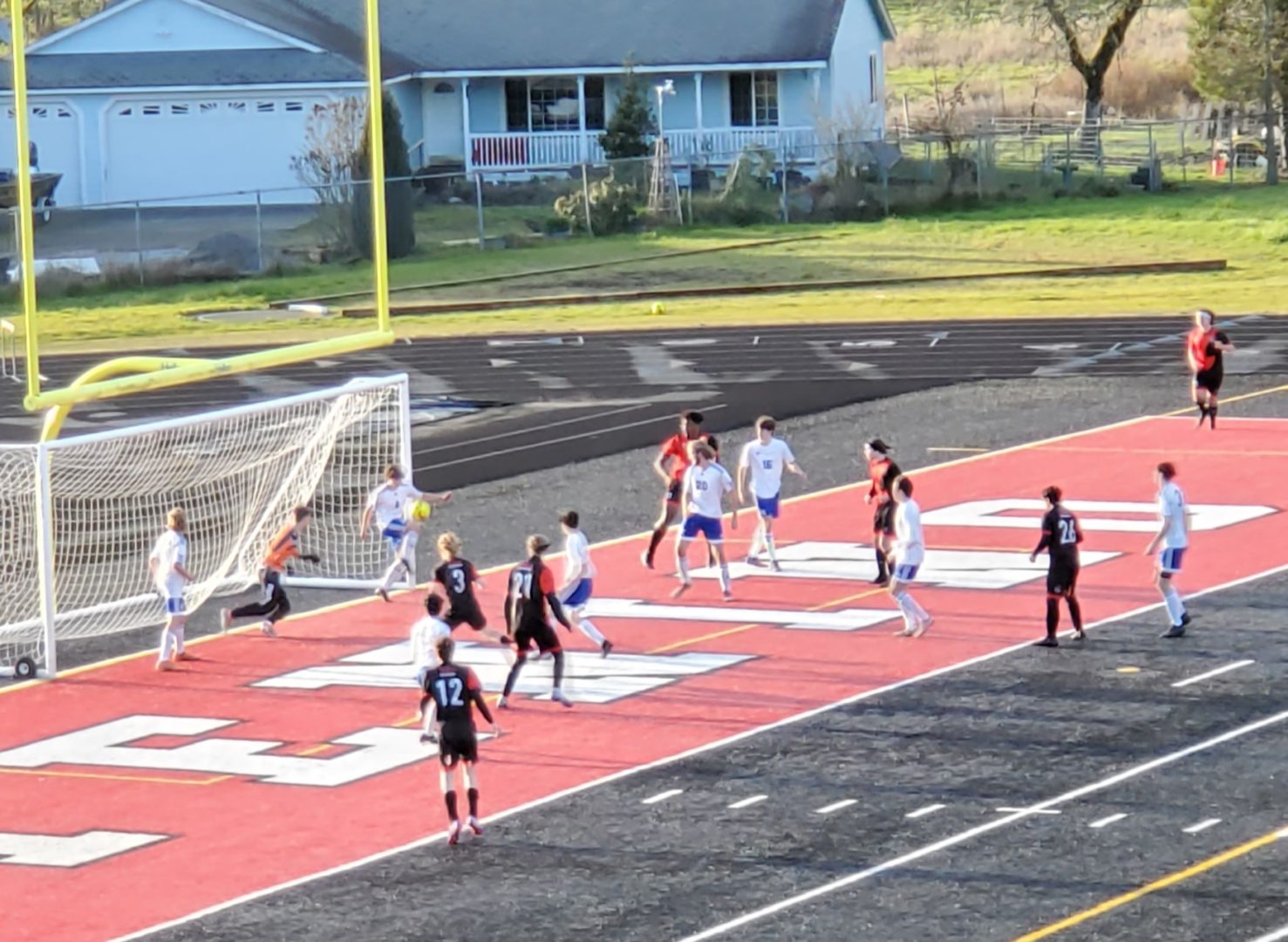 (Tenino, WA) The Tenino Beavers played a lackluster 1st half against the Eatonville Cruisers but maybe playing in a jamboree on March 10 and then 3 full matches may have dulled them a tad as Eatonville was playing just their 2nd match of the season.

The Cruisers also took full advantage of a stiff wind in their favor and a setting sun right in the eyes of Tenino keeper Alex Reichelderfer. Eatonville’s offense put strong pressure on the Tenino defense and they were able to break through in the 16th minute when Kevin Tomyn knocked in a perfect looping shot in the upper left for a gorgeous scoring shot.

Eatonville jumps out on top

For the rest of the 1st half the Cruisers held Tenino at bay with keeper Nate Goode coming up with great play in the box, Sebastian Molina was all over the field and strong efforts from Austin Quirie, Ayden Lilly and Bennett Cole. Eatonville went to the break with a 1-0 lead.

The Beavers had a few chances in the 1st half but couldn’t find a scoring combination. That changed quickly after the halftime break and in fact took just 30-seconds as Tyler Minerich wasted little time in knocking in the equalizer as he attacked the heart of the Cruiser defense and punched in the score.

30-seconds into the 2nd half and Tenino scores

Minerich was just getting started and blasted home the go-ahead score just 4 minutes later and in less than 5 minutes Minerich had tied and scored the go-ahead. Minerich would get the hat-trick in the 62nd minute adding an insurance goal. The Beavers overall kept the pressure on the Cruiser defense and played about 85% of the 2nd half on the Eatonville side of the field.

David Espinoza, Takari Hickle, Toby Suess and Max Craig all recorded solid performances with Craig also adding an assist. Tenino is now 3-1 on the season and 2-0 in league play while Eatonville drops to 0-2. Both have matches on Friday with Tenino hosting Raymond/South Bend while the Cruisers are on the road again at Elma.