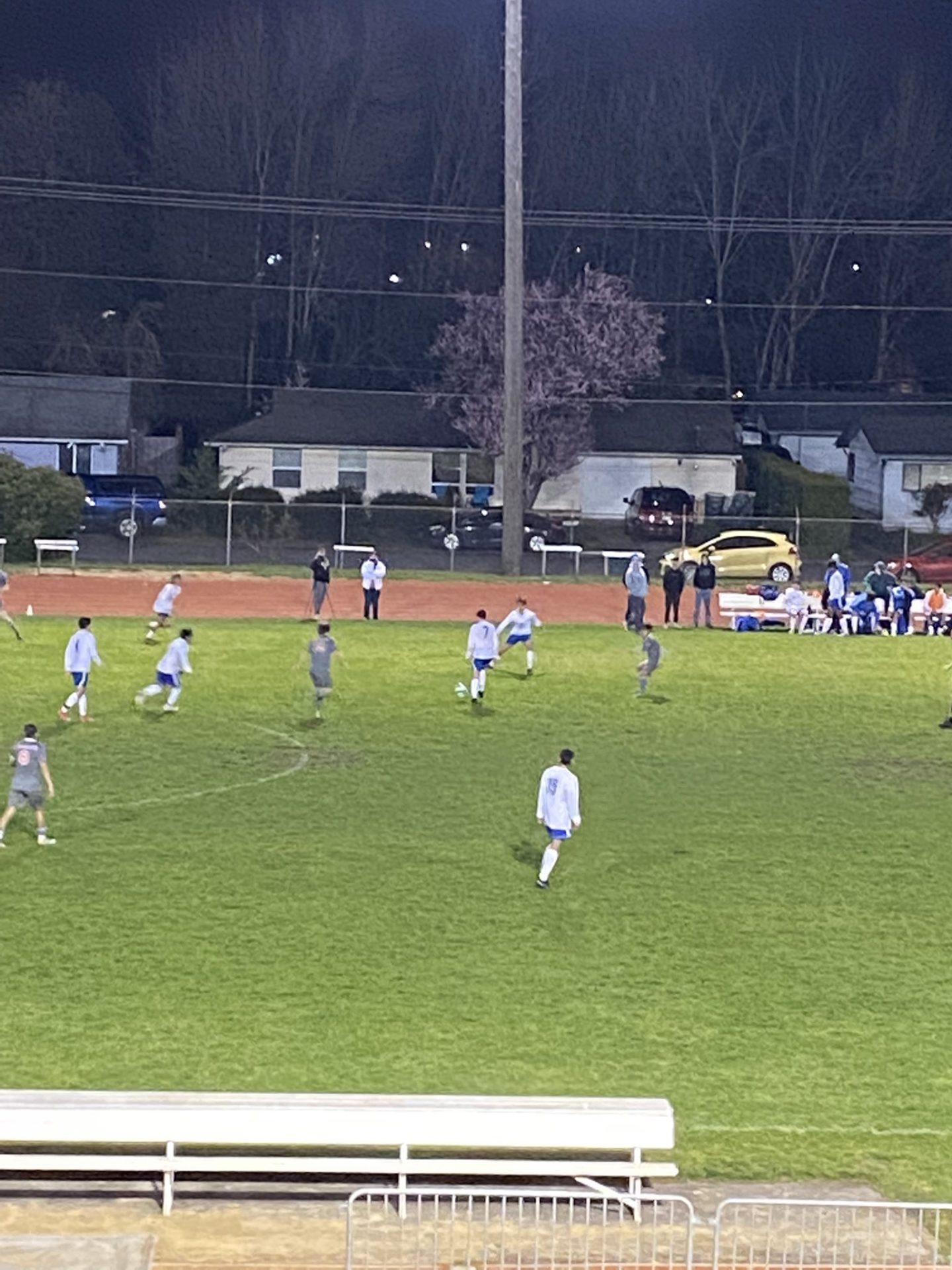 In the first boys soccer game of the Spring season, the Rochester Warriors traveled to Chehalis to take on the W.F. West Bearcats. Once again for the Bearcats, the defense shutdown the Rochester attack in route to a 3-0 victory in Evergreen Conference play.

Rochester had an opportunity in the first minute after a mistake by the Bearcats but couldn’t find the back of the net. The Bearcats then dominated possession for the next 20 minutes with many looks but could only find one goal. That would come in the 18th minute as Freshman Adrian Jaimes kept a shot just inside the post off an assist by Elvis Leal-Perez to make it 1-0.

Adrian Jaimes Puts WF West on the Board

The Rochester defense and goalie did a great job fending off the many Bearcat attacks. Levi Jennings played very well and showed his leadership capabilities. Goalie Brady Moen also had a few nice saves to keep it just a 1-0 game.

Brady Moen with a Diving Save

Ezra Bolin checked in for the Bearcats in the final 10 minutes of the first half and immediately made an impact dropping a shot right below the crossbar to give the Bearcats a 2-0 lead in the 33rd minute. W.F. West would maintain that lead going into halftime.

Rochester looked much more comfortable on offense in the 2nd half. Alexis Castillo got the Warriors in position to put pressure on the Bearcat defense but couldn’t find the back of the net. Cameron Kunz and goalie Hayden Sciera did a great job leading their defense and keeping the Warriors off the scoreboard.

W.F. West was able to get one more goal on the board in the 57th minute. Elvis Leal-Perez fired a shot that was knocked down by Moen but the ball fell right down to the feet of Gideon Priest who tapped in a third Bearcat goal.

Late in the game there was a red card given to the Bearcats. Rochester would put the ball over the top of Sciera off a corner kick and the ball was going into the net when a Bearcat defender reached out and swatted the ball down with his hand. That results in an automatic red card and a penalty kick for Rochester. Hayden Sciera would save the PK to preserve another shutout for the Bearcats.

Our Pacific Sports Spa MVP for Rochester was Levi Jennings and our Thorbecke’s MVP for W.F. West was Cameron Kunz. The Bearcats move to 3-1 with their third straight shutout and 2-0 in league play with their next match scheduled for Friday hosting Centralia in a game that will be broadcast on ESN. Rochester drops to 1-4 and 0-2 in league play as they host Aberdeen on Friday.