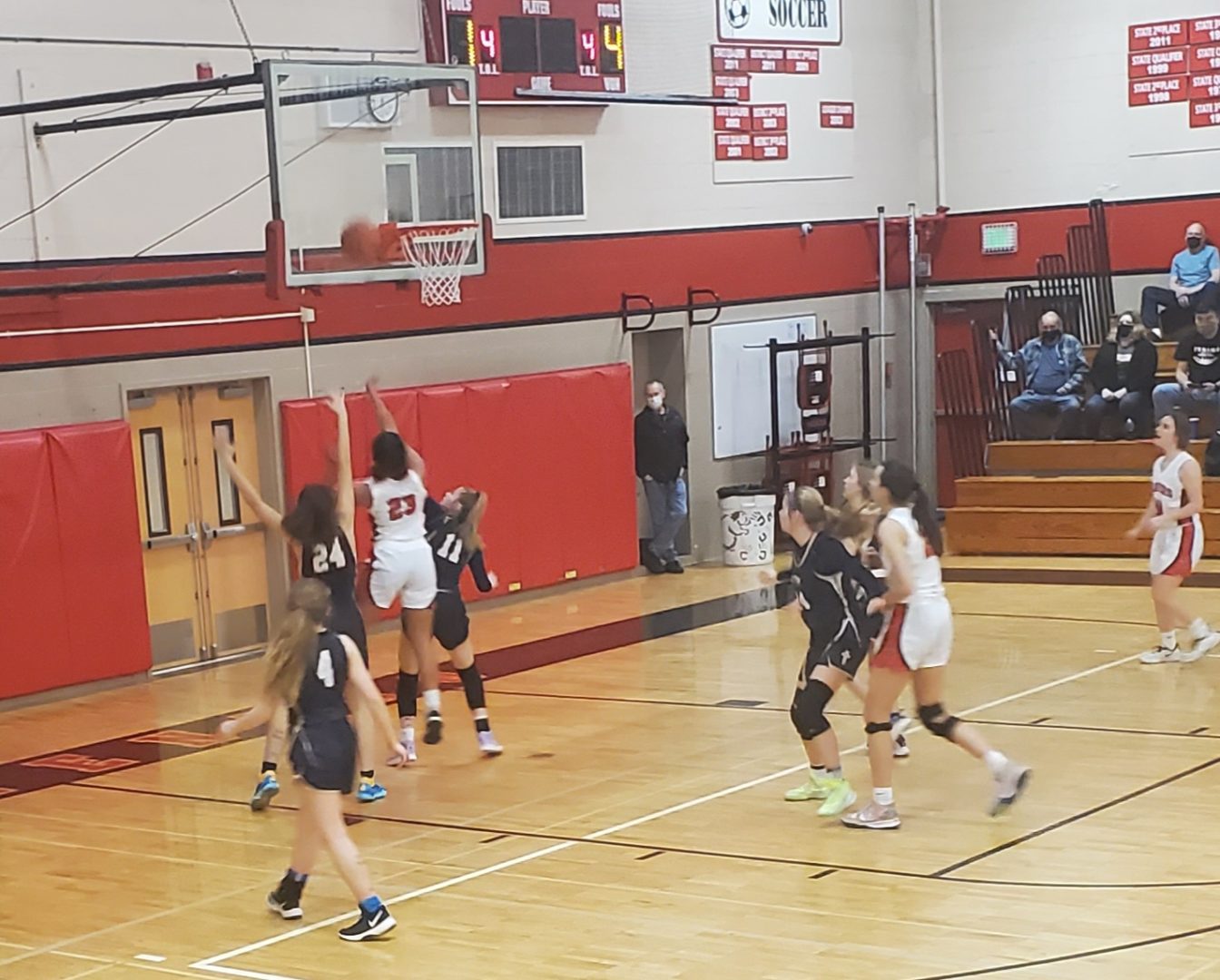 (Tenino, WA) The Beavers used an early burst to control the pace of the game and kept the visiting Seton Catholic Cougars at a safe distance. Tenino overall played an ok game but left many points on the floor missing all of their several 3 point attempts and shooting 6-13 from the line they did roll up a solid lead and expanded on it with strong inside play to deny the Cougars a chance to get back in the game.

The Beavers jump out to a 14-0 lead and led 14-4 after the 1st quarter and pushed that lead to 26-9. Ashley Schow scored 16 of the 26 for the Beavers. Tenino’s press defense frustrated the Cougars time and again with great defense coming from Megan Letts, Abby Severse and Grace Vestal along with Schow. The pressure led to many fast break or outnumbered match-ups that Tenino took advantage of to run up their lead.

Tenino’s Ashley Schow with the score

Maddie Willis scored all 9 of the Cougar points in the first as they struggled shooting the ball. Several shots both in the paint and from behind the arc rolled off or bounced in and out they just couldn’t get the ball to drop.

The Cougars did slow Schow down in the 2nd half limiting her to 6 as she finished with 22 and several other Cougs got some shots to fall including Hannah Jo Hammerstrom and Lauryn Bower. Letts would also finish in double figs for Tenino with 10.

Tenino improves to 16-5 overall and will move on to the District semi-finals next Tuesday at La Center with a win and you go to state showdown. Seton Catholic drops to 8-12 and will face Elma on Tuesday in a loser out contest. 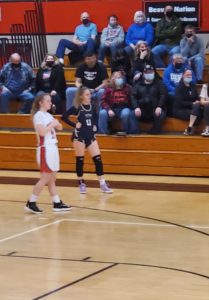 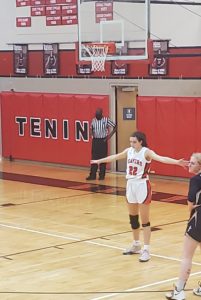 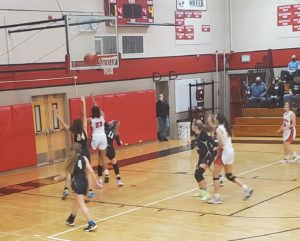 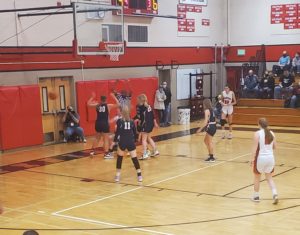 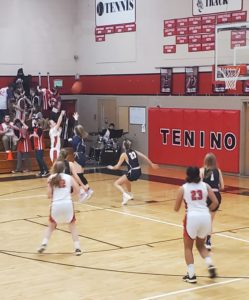