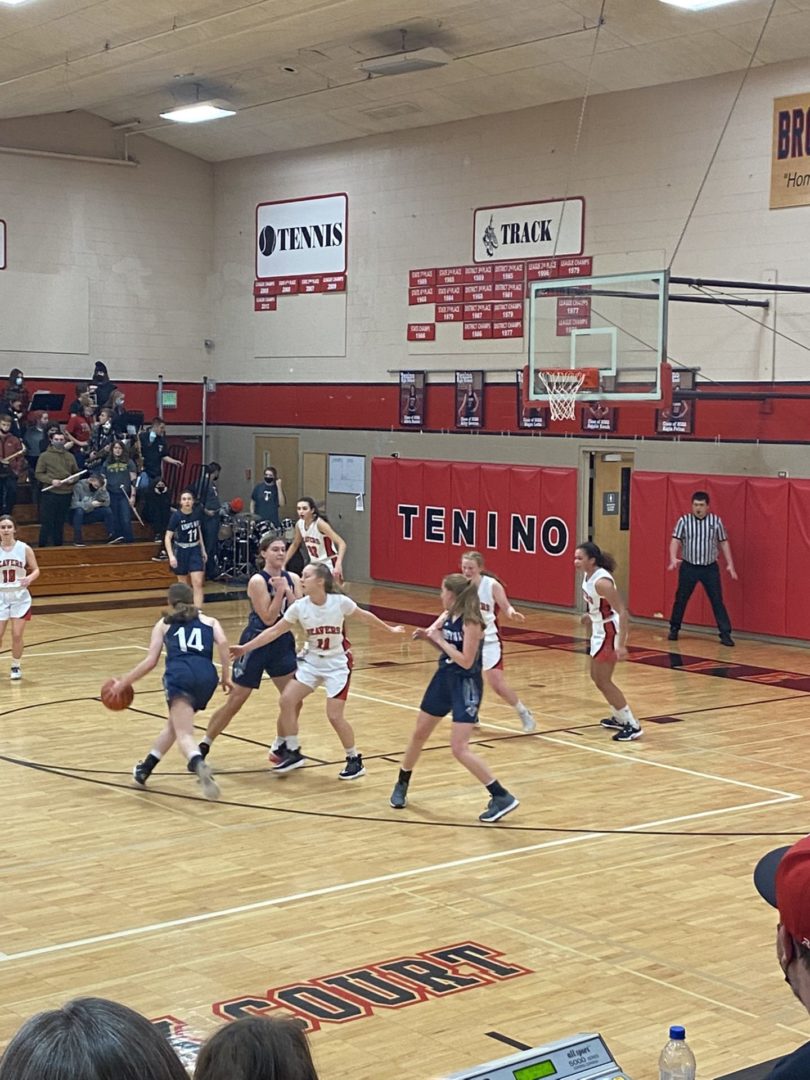 (Tenino, WA) A half day at school and an early start time didn’t affect the Tenino Beavers in their showdown with the King’s Way Christian Knights. The Beavers knew they needed to build momentum for their showdown with Montesano and they did just that.

Tenino roared out of the gate with a 22 point first quarter and then followed that up with a 19 point second quarter. A 41-17 lead at halftime was a combination of the Beavers hot shooting and their physical and aggressive defense. The Knights couldn’t get much going on offense other than 14 first half points from Laurel Quinn. Tenino just had too many players contributing including Abby Severse who had 14 first half points including 4 three pointers.

Severse Knocks Down Another Three

Tenino then shifted their focus to defense in the 2nd half and got off to a great start in the 3rd quarter. The Knights were only able to score one point in the the 3rd. The Beaver defense just suffocated the Knight’s offense. The Knight’s Laurel Quinn, who averages 24 points per game, tried her best in the fourth to make a run and ignite the offense.

King’s Way Tries to Fight Back

Unfortunately for the Knights, the deficit was too big to overcome. Tenino senior Ashley Schow kept the offense rolling and knocked down shot after shot to put the icing on the cake and earn the Beavers their 4th straight win.

Tenino moves to 12-3 overall with the Non-League win and await a massive showdown with Montesano on Saturday that you can watch at 6p on ESN. King’s Way Christian drops to 9-4 and get back to league play on Monday hosting Columbia (White Salmon). The MVPs of the game were Laurel Quinn for King’s Way Christian and Abby Severse for Tenino.