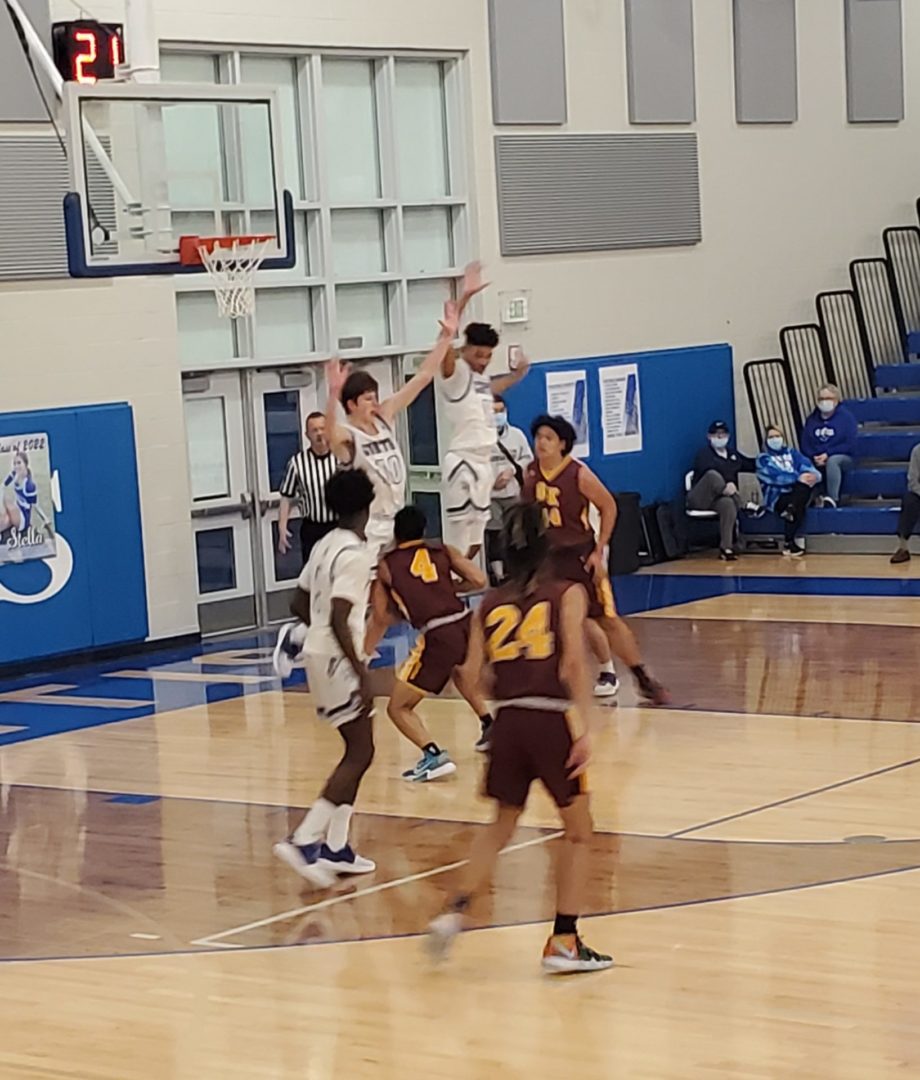 (University Place, WA) The Curtis Vikings have their sights set on the #1 district seed and want to run the table in the SPSL. They put their 6-0 record on the line against the South Kitsap Wolves who are more interested in finishing in the top to qualify for the district tournament and came in to this game 7th.

The Vikings got off to a fast start building their 1st half lead to as many as 19 points. After the score was tied at 12-12 Curtis went on a 23-4 run. But the Wolves would pull back within 6 at one point in the 2nd quarter and settled with a 14 point deficit. Zoom Diallo got off to a fast start scoring 15 of his 19 points in the 1st half. KeVaughn Harvey for the Wolves kept SK in the mix with a dozen points but picked up 3 fouls and had to sit late.

The Wolves then made a big run in the 3rd quarter starting off with 10 unanswered but once again the Vikings countered. Tyce Paulsen and Cinque Maxwell got busy in the paint and combined for 18 2nd half points. Devin Whitten also hit several key 3-pointers. Tayshawn Haygood had a great run for the Wolves with 13 while Lincoln and  Titus Liggins knocked down 5.

At the end of the game the reserves were put in and Curtis senior Mario Nordi ignited the crowd and his teammates by scoring a bucket. He was swarmed by his teammates while the home crowd chanted his name.

Curtis is now 7-0 in league play and 16-3 overall while South Kitsap dropped to 2-4 and 6-10. The 2 teams will meet again on Saturday at South Kitsap. The MVP’s for each team were Cinque Maxwell for the Vikings and KeVaughn Harvey for the Wolves. 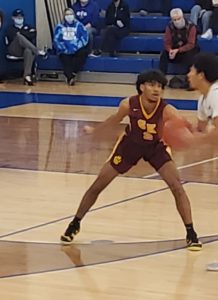 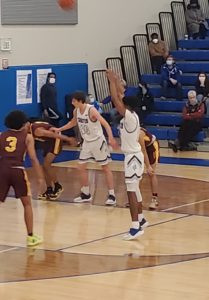