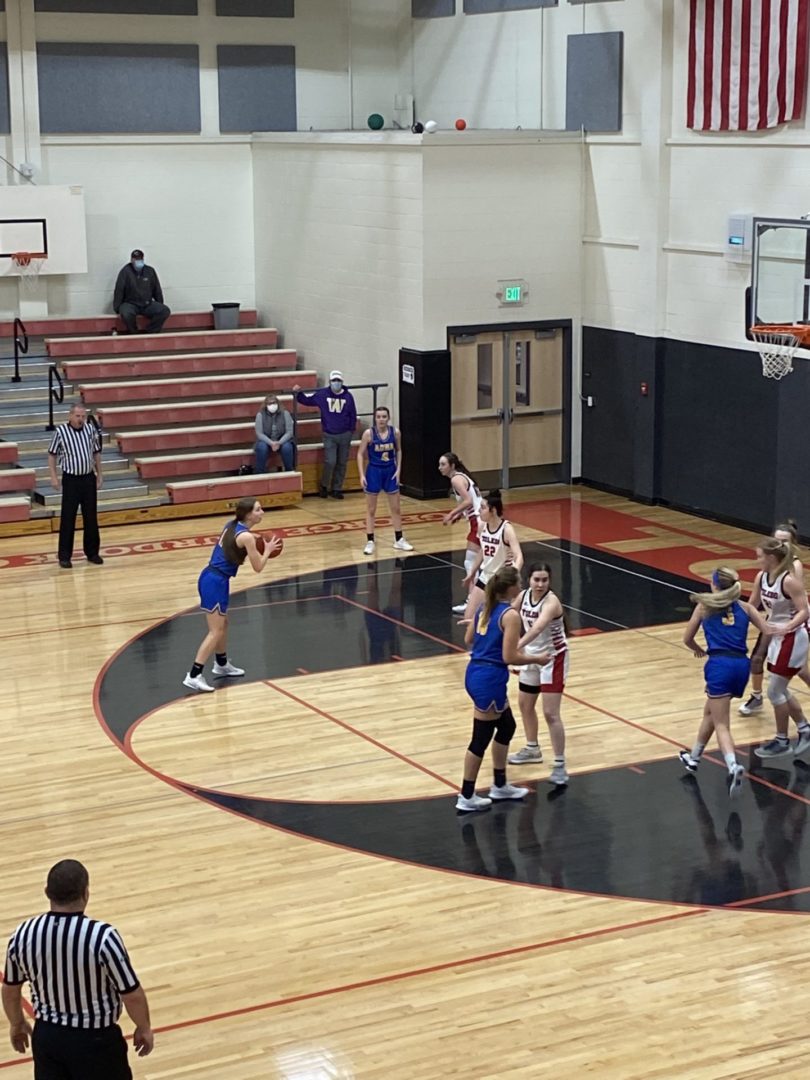 (Toledo, WA) The Adna Pirates seem to be figuring things out at the right time as they won their third consecutive game over the Toledo Riverhawks on Thursday night winning 44-32. This time they used very aggressive defense and timely shooting to get the league win.

Both teams got off to very rough starts in the first half and struggled with the oppositions aggressive defense. There were issues with passes and decision making which led to a slow start on offense and a low scoring first quarter. After the opening eight minutes, Adna held a 6-5 lead.

Things changed in the 2nd quarter for Adna and they found some rhythm on offense. Freshman Kendall Humphrey came off the bench and hit a couple of big three pointers to jumpstart the offense. The Pirate zone defense however continued to give Toledo trouble. Riverhawk senior Greenlee Clark knocked down a big three to keep Toledo to just a single digit deficit at halftime, trailing 20-12 at the break.

The 3rd quarter was more like the 1st. Both teams struggled to score but now the shots were just not falling. Taylor Langhaim kept Toledo in it from the free throw line as she scored five of the Riverhawks seven points in the quarter. Adna then got hot in the 4th quarter when Brooklyn Loose scored eight points and Kendall Humphrey had another big three for the Pirates to help Adna pull away by a final of 44-32.

The Pirates were led in scoring by Brooklyn Loose who finished with 16 points. Kendall Humphrey added 11 off the bench to help Adna pull away. Kaylin Todd had 9, Summer White had 4, while Faith Wellander and Karlee VonMoos each had 2.

For Toledo, they had two in double figures as Taylor Langhaim led the Riverhawks with 14 while Greenlee Clark finished with 12. Abbie Marcil and Rose Dillon both finished with 3.