We had 2 girls games on the air Tuesday night with Hoquiam at Tenino in EVCO 1A play and in the C2BL Adna traveled to Onalaska. Our re-caps, MVP’s and Post Game Show links all below. 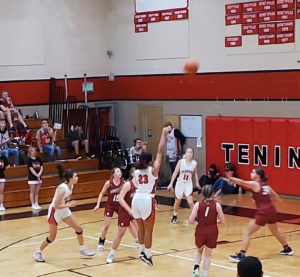 The Grizzlies had not played a game since December 22nd and have only gotten to practice 3 times between then and Tuesday night’s game. Tenino also has not been in a game since December 29 and have had limited practices so it was a battle as to who could find a groove the fastest and that was clearly the Beavers and in fact the Grizzlies never did get into any kind of rhythm.

The Beavers got a big 1st half from Ashley Schow who knocked down 18 of her 22 points to lead Tenino to a handy 29-9 lead at the break. The Beavers would add on to their lead in the 2nd half scoring 20 for their 49 total. Alivia Hunter scored all 6 of her point in the 2nd half but had numerous rebounds and tied up for several jump balls with a rigid defense. Abby Severse hit for 10 while Megan Letts had 4, 3 for Grace Vestal and Rilee Jones had 2.

The Grizzlies couldn’t get many shots to fall, several rolled off the rim or rimmed out, Graci Bonney-Spradlin led with 4 points, Ella Folkers and Avery Howard each had 3 and Katie Burnett finished with 2.

The Thorbeckes home team MVP went to Alivia Hunter for Tenino and our Pacific Sports Spa visiting team MVP was Graci Bonney-Spradlin for the Grizzlies. Tenino is now 9-3 and 1-0 in league play while Hoquiam drops to 5-3 and 0-1. 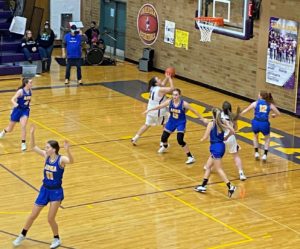 Onalaska handed the Pirates their 1st league loss and did it with a suffocating defense for 3 quarters. Adna came out on-fire lighting up the scoreboard for 19 point and led 19-14 after the 1st 8 minutes of the game. But then the Loggers defense squeezed the Pirates like a massive python taking down its dinner hold Adna to just single digits in each of the final 3 quarters.

At the same time Ony’s offense remained stable through the entire game surging to the lead by halftime with a 2 point, 30-28 lead. Callie Lawrence led the Logger attack with a double-double of 18 points and 13 rebounds. Onalaska’s well balanced offense added to their lead after 3 with a 41-37 lead and pulled away in the 4th for the 12 point vic tory. The Loggers had 3 in double figures as Morgan Hamilton had 15 and Dakota Hamilton knocked down 13.

The Pirates also had 3 in double figures but all with 10 points included Karlee Von Moos, Kaylin Todd and Summer White. The Loggers are now 2-1 in league play and 8-3 overall while Adna falls to 2-1 in league and 7-5 for the season. 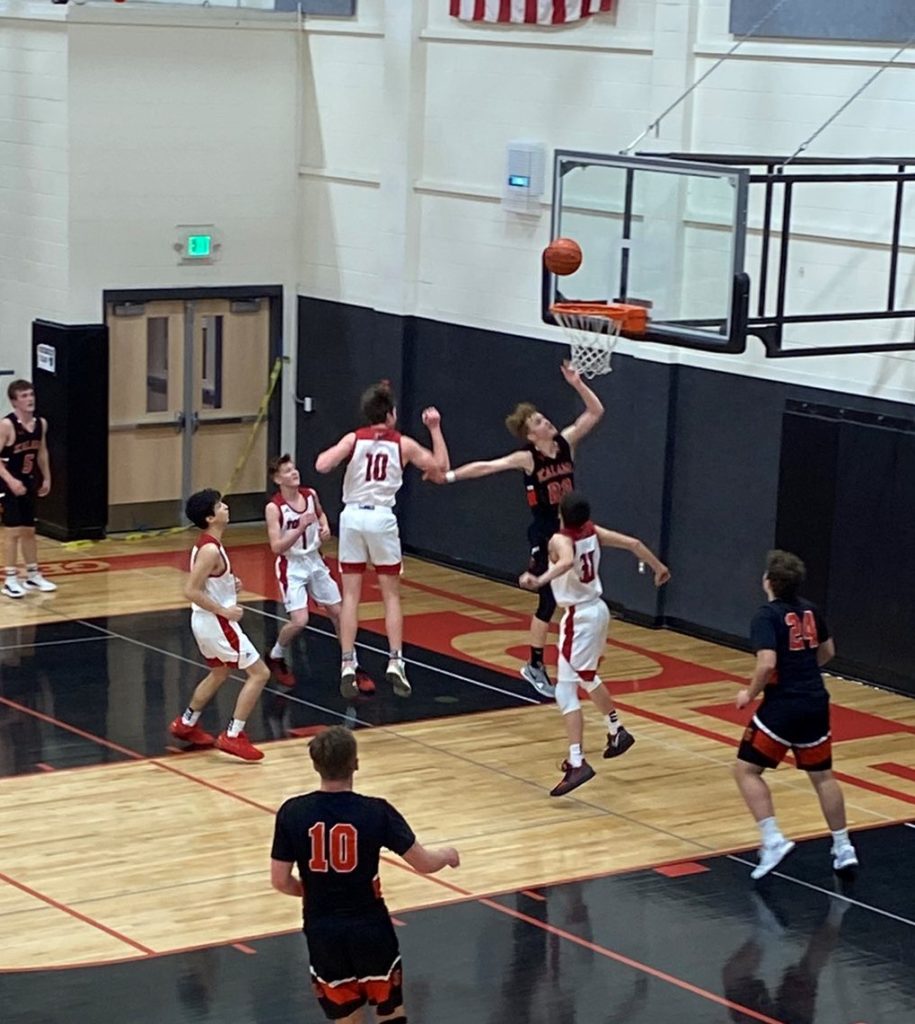