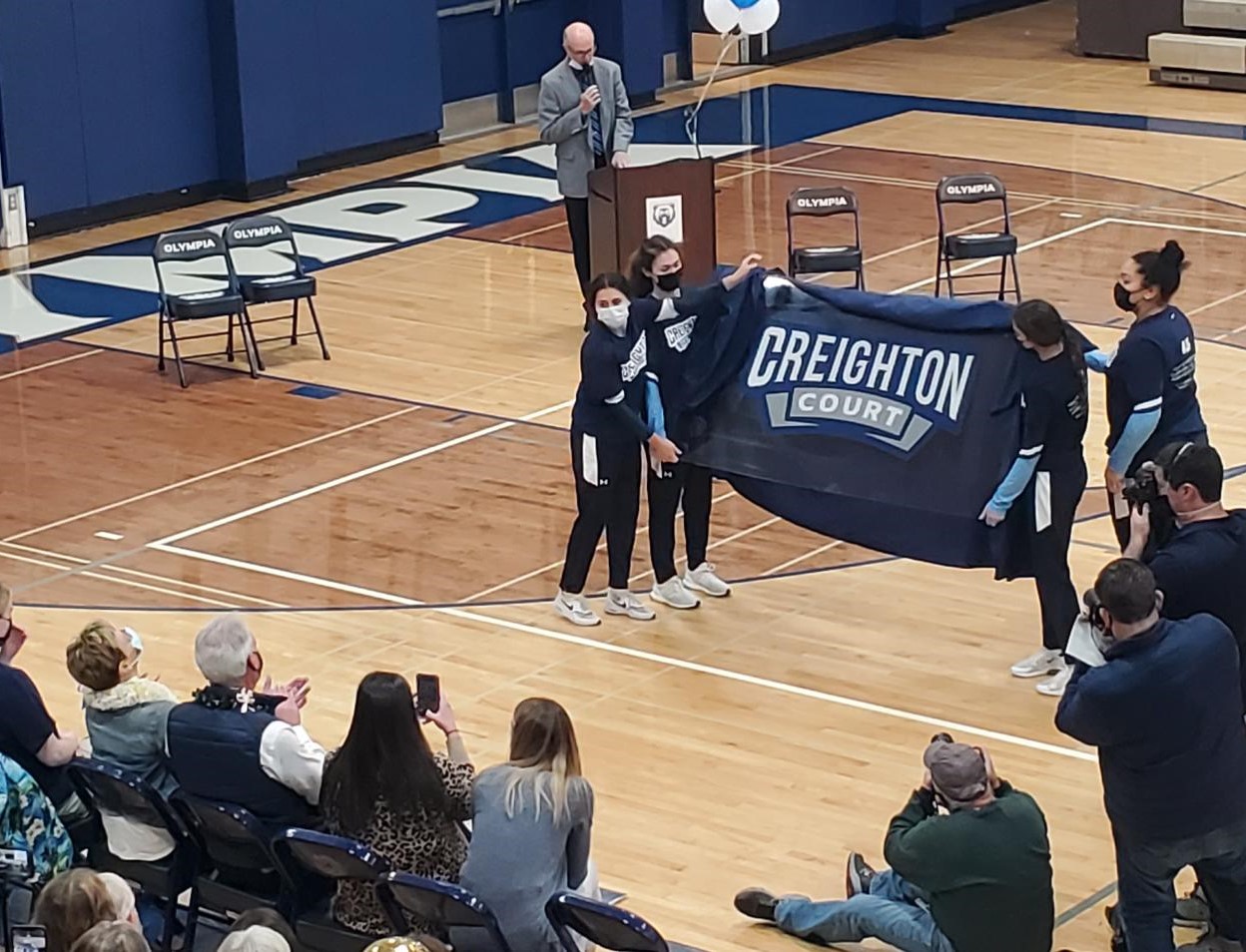 This past Saturday was the beginning of post-season madness with district tournaments in Volleyball and soccer and end of the season in football but on Saturday evening a simple little crosstown rivalry, non-league volleyball match between Capital and Olympia packed Olympia’s Chick Rockey Gymnasium. Bears Head Volleyball Coach Laurie Creighton was celebrated after coaching for 43 years. Creighton will step down as the 2nd winningest coach in state volleyball history with 864 trailing only Susan Doering with 904 at Colfax. Win #864 was Saturday night against the Cougars.

Creighton guided the Bears to 2 State Championships her first a 3A title in 1988 and in 2011 winning the 4A title. She has 15 league titles and has taken a Bears team to the State Tournament 23 times and looking for #24 this season. Although the celebration was Saturday night Creighton is hoping for a few more weeks of coaching as the Bears will District tournament play next week hoping to advance to Yakima for the State Tournament on November 19 and 20.

Below are links to other stories on Creighton’s big night and career and at the bottom is the full ceremony after the match with the Cougars.

Story from the Daily Olympian