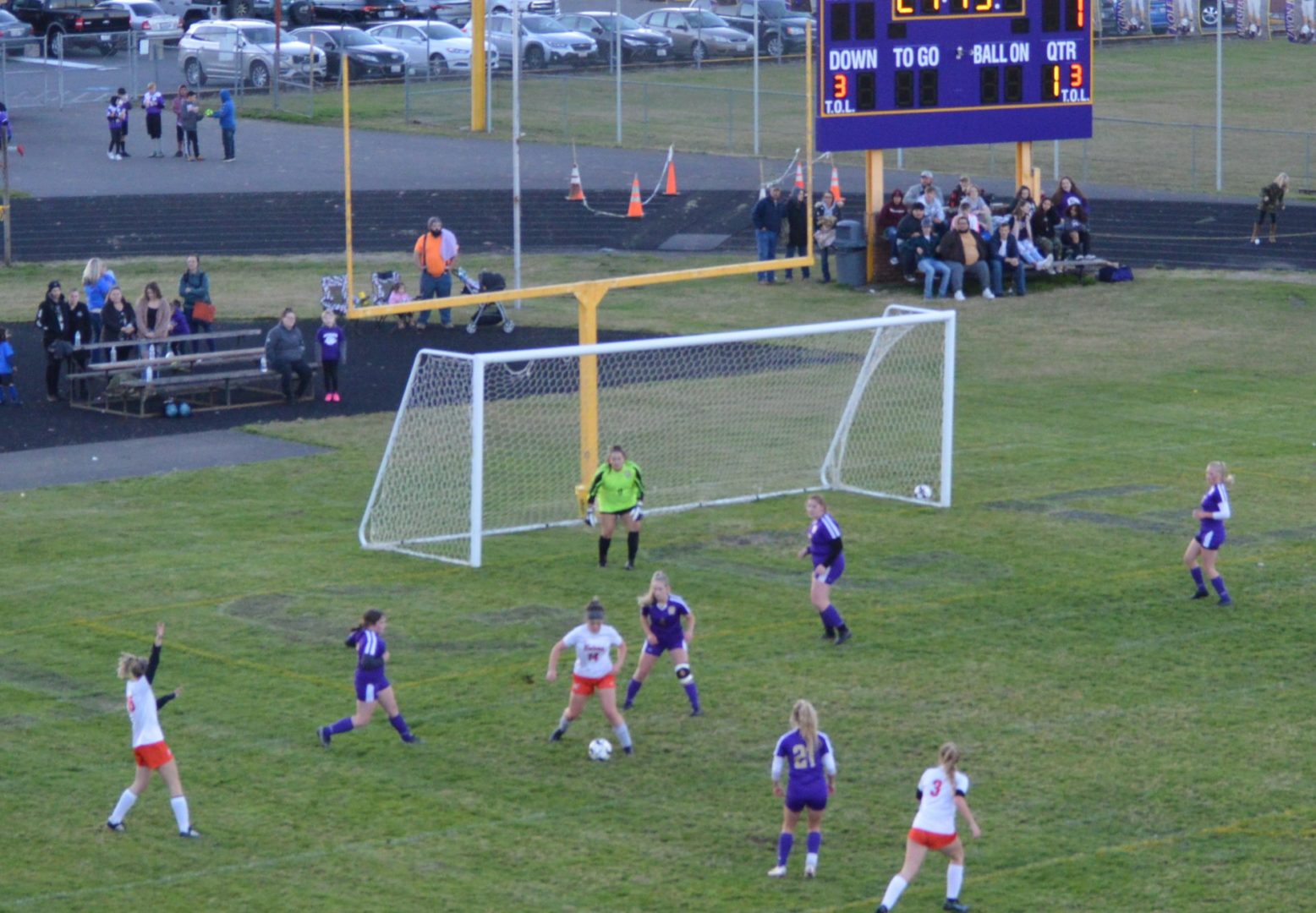 The Kalama Chinooks came into this match a game in front of both Onalaska and Toledo and was looking to remain undefeated in league play. Onalaska with a win would pull into a tie with Kalama and have the advantage of the head-to-head win so there was a lot riding on this match,

Kalama got things rolling quickly when Kailey Shipley broke away and got into a 1-on-1 with Logger keeper Alex Cleveland-Barrera and was able to slip the ball past Cleveland-Barrera to her right and just inside the left post in just the 2nd minute for a quick 1-0.

Onalaska would battle back and in fact quickly had a great opportunity but a miscommunication and pass behind the attacker resulted in a missed chance. The Loggers kept up the attacks but Kalama keeper Jessica Meyer was a brick wall and denied the Loggers time and again. 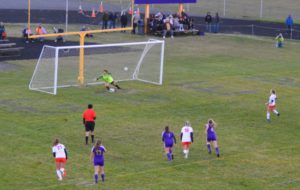 Onalaska had a huge chance to get right back in the match just 3 minutes later when Brooklyn Sandridge was fouled in the box and the Loggers got their own P-K. Dylan Zigler came in to kick the P-K and shot to the right of Meyer but Meyer was all over it and punched it out easily to deny the PK attempt. This really set the tone for the rest of the match with Meyer and the defensive backline of Ava Beck, Elyse DiCristina, Sophie Given and Brandenburg kept the Loggers from finding the back of the net and preserved the shut-out win.

Kalama is now 5-0 in league play and will host Winlock on Wednesday. Onalaska is now 3-2 in league and travels to Stevenson next Monday. Our Pacific Sports Spa visiting team MVP went to Kalama’s Jessica Meyer and the Thorbeckes home team MVP was Cierra Rush who was all over the field tonight lobbing and firing shots and passes into the box while also stepping back and helping the defense on the backline. 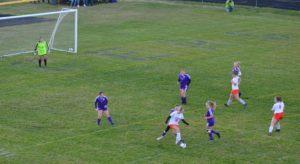 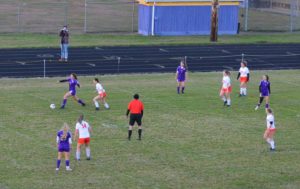