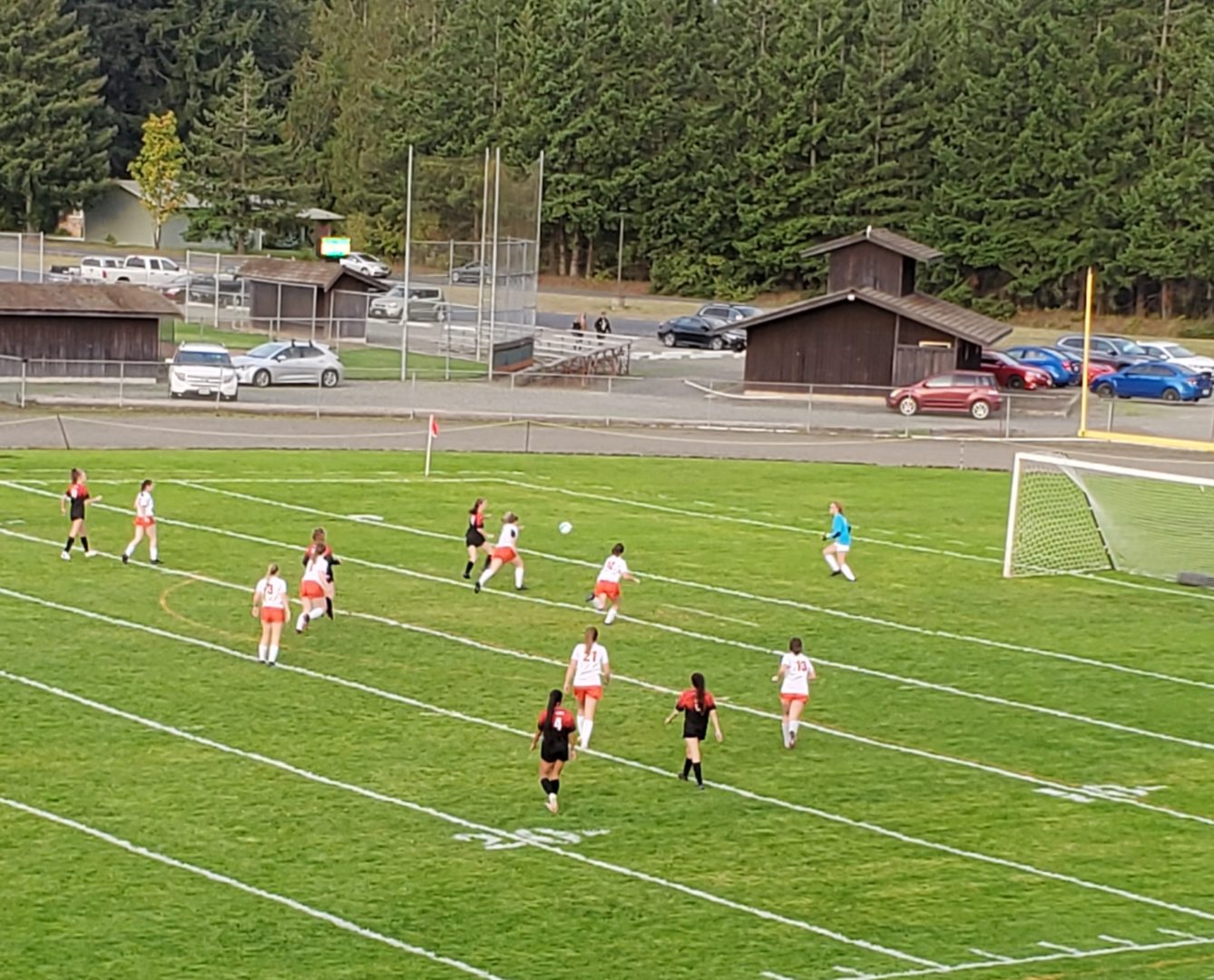 We had 2 broadcasts on the air last night but only one with announcing. Our Seattle area stalwart Brandon Brown suffered with a sore throat but still got the Nathan Hale at Eastside Catholic Volleyball match on and a collision of unbeatens in 2B action. Let’s get to our coverage!

This was the first of 2 big matches for the 7-0 Toledo Riverhawks and 2-0 in league play as they welcomed the 2-0 Kalama Chinooks who are 5-1-1 overall but a it was a battle of league unbeatens as they scrambled for the early advantage. Both teams have lock down defenses but both teams suffered only a couple of mistakes that the other quickly took advantage of keeping this one right down to the wire.

Kalama scored in the 1st half when in the 14th minute a foul was called in the box on Toledo giving Kalama a penalty kick in which Josie Brandenburg took advantage hitting a perfect shot just inside the left post and Toledo keeper Daphne Bybee had no chance to make it 1-0 Chinooks and it would stay that way to the break.

The Riverhawks finished the 1st half with a flurry of shots and looked to maintain that pressure to try and find the equalizer quickly and that’s exactly what happened when a shot was fired at Audrey Hutchinson, the Chinooks keeper, and it bounced off her and dribbled out in front of her where the Riverhawks’ Hope Gould popped it to the right into a wide open net for the 1-1 tie in the 41st.

Kalama would get the lead in the 61st when Brandenburg took a loose ball and fired a long sot from 35 yards out and it hit right in front of Bybee and bounced over her head just out of her grasp and rolled in. That would end up being the game winner as the backline of the Chinooks led by Ava Beck, Elyse DiCristina and Marin Ripp among others kept the Riverhawks out of the goal. Toledo had their best chance at tying the match in the 63rd minute on a free kick by Marina Smith that just sailed over the top of the cross bar missing by inches.

Toledo’s back line of Greenlee Clark, Vanesa Rodriguez and Paige Hill were also very good as the only 2 scores against them were a PK and a 35-yard floater over the top. Kalama is now 3-0 in league play and 6-1-1 overall while Toledo drops to 2-1 and 7-1. Our Pacific Sports Spa MVP for Kalama went to Ava Beck and our Thorbeckes home team MVP was Hope Gould.