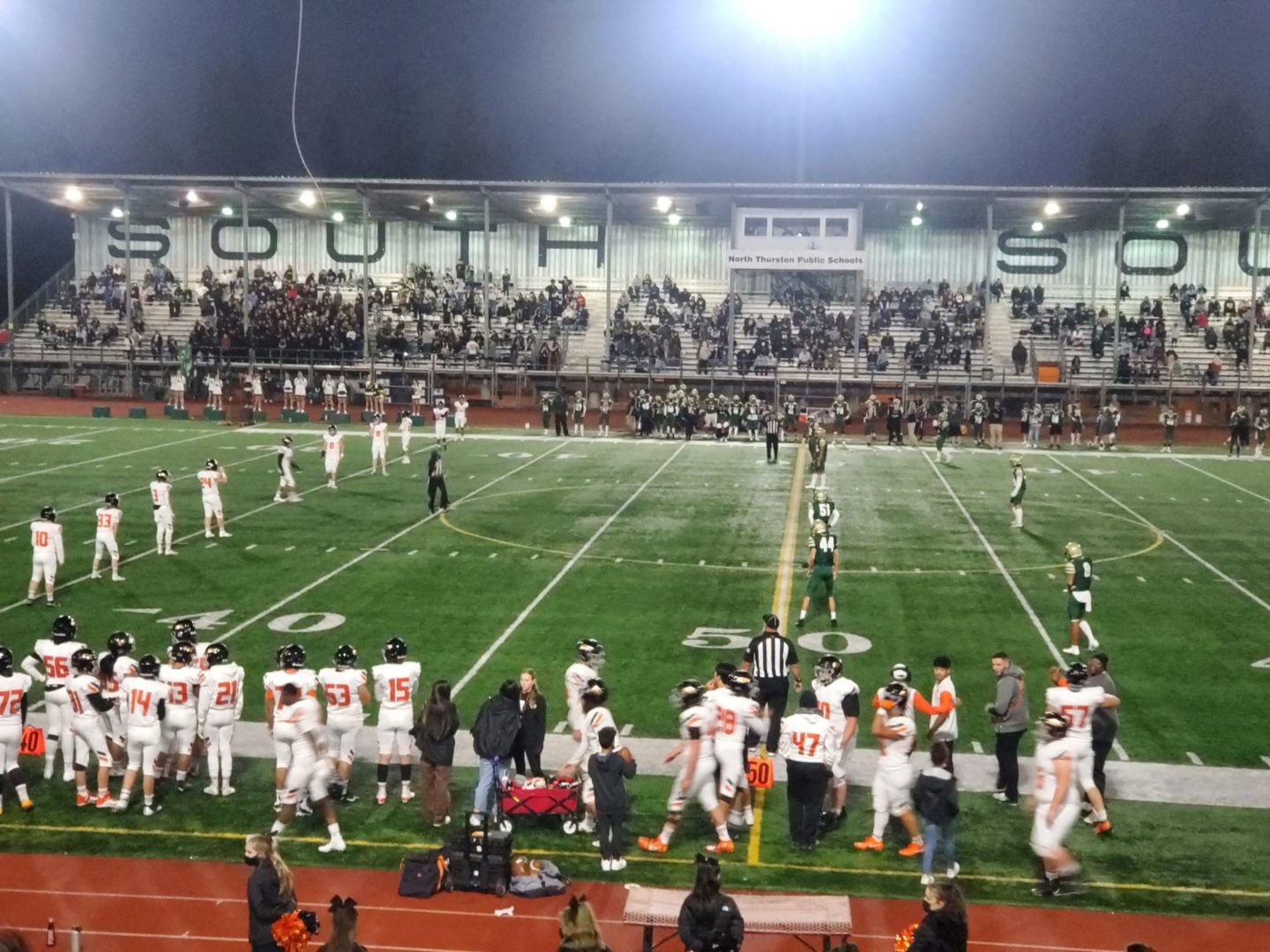 Thursday night ESN had a pair of football games on the air where one game came down to the literal final play of the game and in the other a perennial powerhouse hasn’t lost a step. Our re-caps, post-game shows, game MVP’s and video highlights all below. 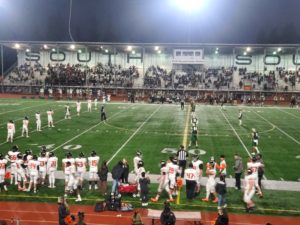 This is why fans love high school football as this game went down to the wire. Central Kitsap was first to get on the scoreboard with a 7 yard TD run from Kalai Pasi to make it 7-0 at the 4:13 mark of the 1st quarter. Timberline answered with a nice drive capped off with a strike from Jackson Brown to Mykale Whitehead from 9-yards out and it was 7-7 early in the 2nd.

The Cougars came right back and re-gained a 7 point advantage when Kouper Hall sprinted 18 yards to pay-dirt with 10:20 to go in the half. Timberline would get the equalizer about 2 minutes before the break as Tanner Skorna plowed in from the 2-yard line and nothing was settled at the break tied 14-14.

The Cougars then surged to a 14 point lead scoring twice in the 3rd quarter as Hall picked up his 2nd and 3rd touchdowns. Hall 1st scored in the 3rd at the 8:02 mark from 19 yards out and then blasted in from the 2 with 2:55 to play in the 3rd and Central Kitsap had pushed their lead to a comfortable 28-14 lead.

The comfortable turned a bit uncomfortable when Timberline struck back with just 14-seconds to play in the 3rd when Franco Segura scrambled into the endzone from the 5 yard line and heading into the 4th it was just a 7 point Cougar lead.

The Blazers would hold on defense and came back to score the tying touchdown with 5:47 as Segura lofted a beautiful touch pass to Landon Rith who went up and battled for the ball hauling in a 22-yard touchdown catch and the Blazers had tied the game.

Timberline got the ball back late and looked like they were headed for OT as they were stopped on the Central Kitsap 37 yard line with enough time left for 1 play. The Blazers sent out their field goal kicker Gage Pedro who lined up a 44-yard attempt. Pedro connected and it looked like it would have been good from 50 as he drilled it right down the middle as time expired giving the Timberline Blazers a stunning 31-28 come from behind victory.

Timberline improves to 2-2 on the year and 1-2 in SSC play while Central Kitsap drops to 2-2 and 2-1 in league play. Timberline will host Capital next week while Central Kitsap will host River Ridge.  The Thorbeckes home team MVP went to Gage Pedro for his game winning kick and the Pacific Sports Spa visiting MVP went to Kouper Hall with 3 touchdowns. 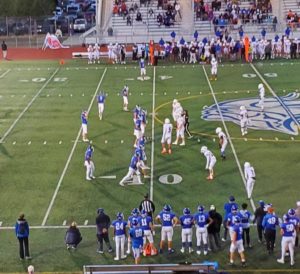 The Graham-Kapowsin Eagles came into the game at Curtis with a 4-0 record having scored 183 points and giving up just 3. The Vikings were 1-3 and were giving up about 36 points a game but scoring 22. The Vikings would give up more and score less in this one but Curtis scored a lot more than anyone else so far with 2 touchdowns.

Until late in the 1st half the Vikings were in this game as G-K drove down 80 yards on their opening possession and scored on a TD pass from Joshua Wood to Jabez Wood and they added a 2 point conversion for an 8-0 lead. Curtis came right back and drove down to the Eagle 2 yard line and faced a 4th and a half yard when the Eagle defense rallied and stifled the Vikings in their tracks getting the ball back on their own 2.

On the 1st play Michael Toa got the Eagles out of their end of the field with a spectacular 50-yard run to the Vikings 48. On the 5th play of the drive Julien Mason swept in for a 14-0 lead as their 2 point attempt failed.

After a 3 and out the Eagles got the ball back but the Vikings linebacker Dwayne McKinney slapped a low Wood pass up and intercepted the ball on the G-K 38. The Vikings drove it back down to the 2 yard line but this time Lynden Tanoa slammed into the endzone to make 14-6, the 2 point try failed but with less than 6 minutes to go in the half the Eagles were in a 1 score game.

G-K quickly turned the tables and scored not once but twice in the final 5+ minutes with the first on just a 3 play drive that finished with a TD pass from Wood to Andrew Savaiinaea with the 2 point conversion making it 22-6 and then Toa blasting in from short yardage with 43-seconds to play and it would quickly got from an 8 point game to a 22 point game with G-K up 30-6 at the break.

Wood would toss another touchdown and then run in a score to push their lead in the 3rd to 44-6. The reserves added 2 scores and Curtis would score on a nice scramble from QB Rocco Kock as time expired for the final score.

G-K is now 5-0 on the season and will next host the 4-0 Bellarmine Prep Lions who beat Emerald Ridge last night while Curtis ended on a high note scoring on the final play hoping to push that momentum into next weeks game at Sumner. Our visiting team MVP went to Jalen Davenport for his all-around play running in a pair of 2 point conversions, solid defensive play and handling the kicking duties. The home team MVP went to Dwayne McKinney for his interception that set up the 1st Curtis touchdown in the 2nd quarter.