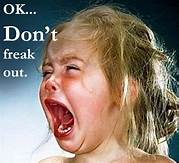 The WIAA released the starting point of the Football RPI and the results unleashed the beast. The RPI is a measurement of teams production which include wins, losses, strength of schedule, strength of opponents schedules and more. It is an inexact science for sure but the freak out over the initial postings is likely due more to ignorance on how this system works than what the initial posting is.

First, the WIAA only uses RPI as a tool for the “human” selection committees to consider. Some may be confusing how the RPI system used to work in basketball where finishing in the top 8 would send you directly to State or send you to a play-in game. That system is no longer in effect. Each sport now has a selection committee made up of coaches, athletic directors and others who seed each classification into the 16 team tournaments. The “human” committee has the final say, again the RPI is only one of several tools the committee members will use in determining their final seeding.

That being said let’s get to the football RPI released on Thursday. There are certainly many odd rankings and some schools ranked as high as #1 have only played 1 game. Some games are cancelled and re-scheduled within 24 hours of kick-off which could also lead to some of the confusion. Some schools have played out-of-state schools with no way to verify the out-of-state strength of schedule.

We are going to focus on the 2A rankings as this is a great example of how the RPI will literally change every time a single game is played. Currently North Kitsap is #1 with a 2-0 record followed by Clarkston and West Valley Spokane, both have played just 1 game. #4 it starts to get interesting as Rochester is #4 with wins against RA long a 2A school, 1A Seton Catholic and then a conference win over Black Hills. #8 is Enumclaw with a 2-1 record, #9 is Aberdeen at 2-0 and sitting at #11 are the defending 2A Champions Tumwater who are 2-1 after beating Enumclaw 56-6 and 3A Capital 42-0 and were set to play Aberdeen but the Bobcats had to cancel due to a Covid issue and Tumwater quickly picked up 6A Oregon powerhouse Central Catholic and lost 42-35 in OT.

Since there is no verifiable way to figure Central Catholics strength of schedule as it is compared to Washington schools all out of state schools get defaulted to a .500 mark. It doesn’t matter if the out of state team is a 6A champion or an 0-9 cellar dweller it is all about averages so the RPI system just lists all out of state schools as .500 teams across the board. Tumwater also beat Enumclaw handily and both are 2-1 but the opponent strength of schedule was stronger than Tumwater’s part due to the automatic .500 rating for Central Catholic.

The RPI is set up to measure the full season and not snapshots especially now that there is nothing automatic about your placement in the State Tournament through the RPI diagnosis, the selection committee has the final say. So in this case the selection committee would know how big an effort that was from Tumwater to push Central Catholic to OT and despite not getting the correct credit in the RPI the committee no doubt would give Tumwater the credit for that game. Had they won, it would have helped them with wins and losses but it would not have boosted their opponents strength of schedule because that remains undetermined. This issue is literally playing out in all of the RPI releases in all classifications, this is not just in the 2A poll.

It is also important to remember that the RPI will not be released again, this is not a weekly poll it is a living, breathing interactive poll and when you check it Saturday morning there will be changes automatically as soon as the game results are entered. This poll will change after every single game is played not just once a week. So as some teams are clearly over and under rated as the schedule continues to play out you will see the movement and by the end of the season it will likely look as many would expect.

From my standpoint I would encourage the WIAA not to release the RPI numbers until say 40% of the season has been played. That would give you a more true starting point in my view, frankly I’d like to see 70% of the season in first but that is not realistic as many are curious and like to see the game to game results. I get it, but early releases like this also get people upset thinking they are being disrespected somehow or how does this make any sense? It doesn’t now in many cases, these numbers are way too early to have a real measurement but it does get people talking and people excited.

The RPI is an examination of numbers in a certain formula and it is meant to have 10 games in before it is complete. It is not meant to rank the teams week-to-week but a season long ranking. It does not have human emotions or logic, it is a strict evaluation of the numbers and how they fall into a specific mathematic equation.

So, whether you’re excited with a surprise early ranking or pissed because you’re lower than you should be it doesn’t matter here on September 24, the final solution is 7 weeks away and then it is only 1 tool that will be considered by real people who sit around a table and hash out a fair seeding into the State Tournament.

I would like to direct you to a story we did on how the football committee did in 2019, the last time they met and compared it to the old basketball system where the RPI automatically declared the seeds with no human input. Read our story on how the selection committees did on this link. If you read that it should give you confidence that the selection committee system will be a huge improvement and worries about RPI, other polls and opinions are frankly just fodder for sports fans. As the great Aaron Rodgers would say…”Relax!”