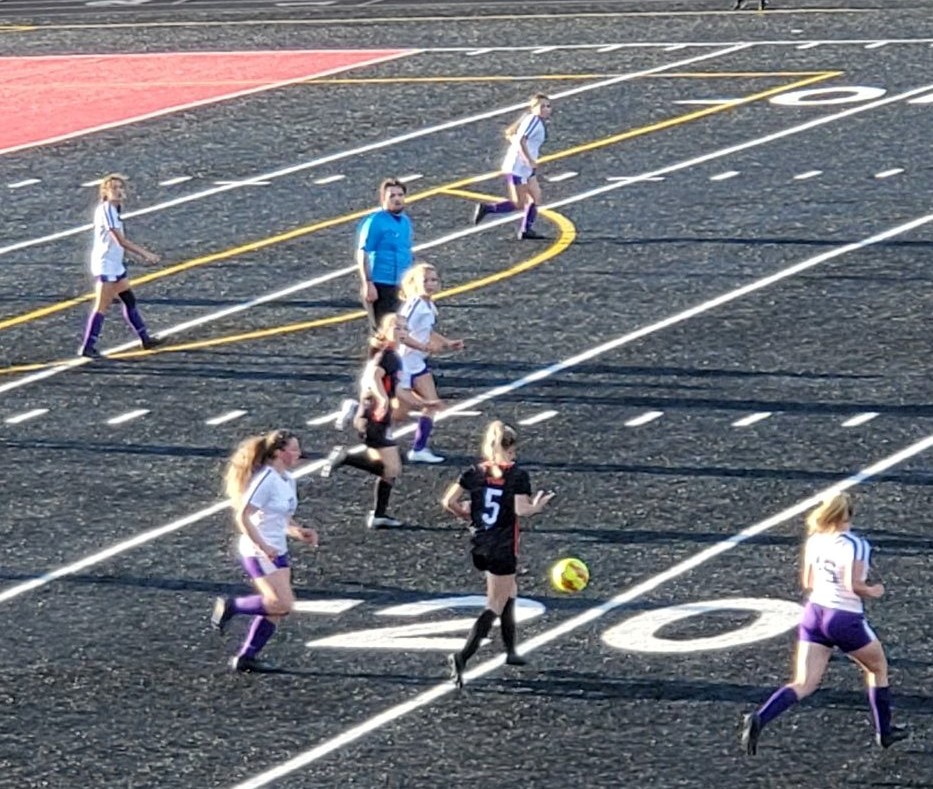 But the games we did get to do included the Tumwater T-Birds football team roll to another win as they took on Capital and the Tenino Beaver girls Soccer team pushed their record to 2-0 blanking Onalaska. Our coverage is below including links to the Post Game shows with our ESN crews, a re-cap and our MVP’s of the game plus video highlights.

The T-Birds wasted little time in getting on the board and stretching that lead to an overwhelming 42-0 by halftime. The T-Birds are now 21-0 since losing in the quarterfinals to Lynden 28-27 in 2018. In 2019 they ran the table 14-0 capping their 6th State Championship with a win over Steilacoom, they went 5-0 last February and March and now are off to a 2-0 start.  The T-Birds threw 1 touchdown to get things started and then the powerful running attack took over with 5 straight rushing scores. The Cougs could not keep up in the 1st half but did play even in the 2nd half and they drop to 1-1. Tumwater is on the road next Friday at Aberdeen for their EVCO 2A opener and Capital is home against Central Kitsap in their SSC opener.

The Thorbeckes home team MVP was Tumwater’s Payton Hoyt and the Pacific Sports Spa visitng team MVP went to Capital’s Jake Kennedy. Below is the Post-game show from the ESN crew on the broadcast and video highlights.

The Awards West Printwares Post-Game Show with the ESN Crew

The Tenino Beavers had opportunities in the 1st half to put distance between them and the visiting Loggers but missed several chances and the benefit of a strong wind at their back. Meantime, Ony played about 30 minutes of the 40 on their side of the field just trying to get through with no damage so they could get the wind at their back in the 2nd half. The Loggers did just that but when the 2nd half started the wind all but disappeared and they had no advantage especially the Tenino keeper Trinity Tafoya, did not have to kick into the wind like Ony’s Alex Cleveland-Barrera had too.

Tenino would continue to attack and found the back of the net twice in the 2nd half with Abby Severse and Grace Vestal both scoring. Our Thorbeckes home team MVP went to Megan Letts for her defense and she got the assist on the 1st goal. Our Pacific Sports Spa visiting team MVP went to Cierra Russ for her never give up effort playing to the final whistle. Tenino improves to 2-0 with the win and will next play at Ocosta on Saturday at 4pm and Onalaska is on the road at Castle Rock on Tuesday with a 5pm kick-off time.

The Awards West Printwares Post-Game Show with the ESN Crew