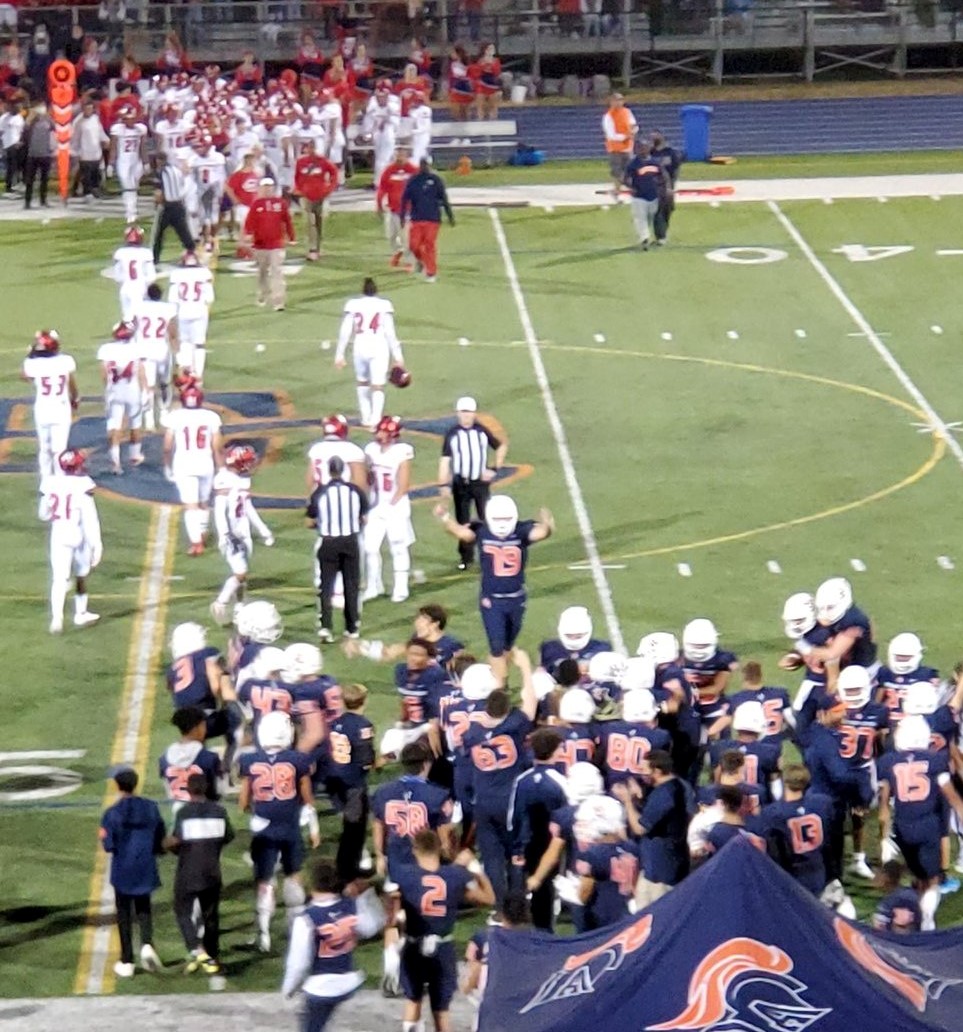 The High school Football season kicked off this week with a few Thursday night games but Friday Night Lights shown brightly. Yes, there are still challenges with Covid-19 and a serious officials shortage forcing several games to be moved from Friday night or other games cancelled while teams deal with a Covid exposure but there was a feeling of “normalcy” seeing fans in the stands and playing in the late Summer and Fall and not the middle of Winter.

This year our coverage will focus on the games we cover. We will have the final scores, pictures, highlight video and our post-game show that will run-down what happened in the game or a mixture of all of the above and more. It’s always a little bumpy to get started and we had an issue at the Enumclaw at Tumwater game with the WiFi and lost the 2nd half of the game. We also had an audio mixer go out at the Napavine at Adna game and so there was no sound just a live video stream. We apologize for those issues and as always will keep working at it to be better and hopefully we have the technical issues put away.

Let’s get to our games! 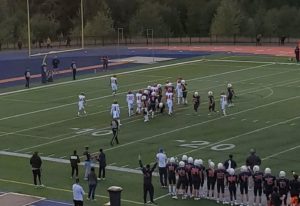 These two teams have faced each 5 times over the past several years but it was always with something on the line and most often a play-off game. On this night both teams were dealing with several issues from a Covid exposure that had several players quarantined including starters to both teams looking to re-build for the first time in many years. Eastside Catholic finished 4-3 last season after winning the 2019 State Championship and are still considered the defending Champs since there were no State Play-offs last year.

Kennedy Catholic graduated a large number of very talented seniors and Coach Sheldon Cross has another talented large group of athletes but inexperienced at the varsity level. That inexperience showed a bit in their open at E-C. Both teams struggled to get into a groove and the Crusaders grabbed a 16-0 lead before Kennedy cut that deficit in half on the last play of the half.

Below is out post-game show and include our M-V-P’s for both teams.

The Tumwater T-Birds are the defending State Champions from their title in 2019. The Enumclaw Hornets who had dropped down to the 2A SPSL after many years in the 4A NPSL were wanting to show they belonged in the upper echelon of the 2A ranks. It looked they more than belonged as they marched the opening drive right down the field and through the heart of the T-Bird defense to take a 6-0 lead as the PAT failed.

It didn’t take long for the T-Birds to re-group and take a 7-6 lead on a 9 yard run from Payton Hoyt and the T-Birds led 7-6 after the 1st quarter but it still seemed like the Hornets were certainly in the game. By the time they got to half time Tumwater had added 28 points and led 35-6.

Hoyt scored again on a 12 yard dash after Austin Terry smothered a punt attempt by Enumclaw. Hoyt added a 42 yard run after a huge hole opened up over the right side of the offensive line. Hoyt had scored the 1st 3 touchdowns of the season. Up next it was Carlos Matheny’s turn with a 35 yard blast followed by the 4th score of the quarter from Karson Schreiner a 45 yard sprint to pay-dirt.

It didn’t take long for Tumwater to push this to a running clock as QB Brady Prothero connected on an 81-yard TD pass and Hoyt would make it 4 scores on the night with a direct snap 1 yard blast.

The M-V-P’s of the game for Tumwater was Payton Hoyt and for Enumclaw Malcom Harper. Below are Highlight videos. 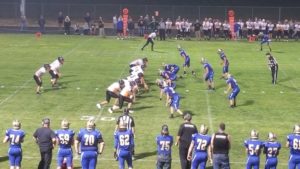 The Napavine Tigers got off to a fast start against their rivals the Adna Pirates scoring twice in the 1st quarter and extended that to 23 -0 at the half.  Gavin Parker got the Tigers on the board about midway thru the 1st with a 6 yard run to make it 7-0. After holding the Pirates on their next possession it was the air attack for coach Josh Fay that pushed their lead to 14-0. Ashton Demarest found Connor Holmes for a 7-yard TD strike.

In the 2nd quarter the Tigers’ Gavin Parker struck again this time from 5 yards out. The defense added a safety and would keep the Pirates out of the endzone going to the lockeroom with a 23-0 advantage.

On their 1st drive of the 3rd quarter Demarist threw one in earlier and this time ran it in from the 3. Adna would put together their best drive of the game next on their turn with the ball. Jaxon Dunnaggan would haul in a perfectly thrown 13-yard pass from Lane Johnson to get on the board.

The Tigers then controlled the rest of the game scoring 2 more times including a huge 78-run for a TD from Ashton Landry and the frosting on the cake a 25-yard dash to the goal line from Austin Chapman with less than 2 minutes to play.

The Chinooks took advantage of an early mistake recovering a fumble and then scoring a few plays later when QB Jackson Esary hooked up with Jack Doerty on a 30-yard TD completion. The Beavers had a tough time holding on to the ball and again fumbled on their 2nd possession. Kalama again capitalized with Esary taking it in himself from 11 yards out and it was 14-0.

Woodland would put it all together in their next drive and moved the ball down the field with a big 17-yard completion from Drew Burns to Mark Morales which set up a 6-yard strike from Burns to Justin Philpot.

Kalama came back with 22 unanswered with a pair of TD tosses to Doerty one for 14 yards and the other 15 and then Esary ran one in from 32 yards out.

Woodland’s Burns would find Philpot again this time a 21-yard strike and connecting on the PAT to trail 38-13. and it wasn’t even halftime yet. Kalama would not take their foot off the gas pedal and Doerty struck again this time with an 80-yard TD return. That was followed by an 18 yard TD toss to Max Cox and a 35-yard rifle shot to Jaxxon Truesdell.

There were only 2 touchdowns in the 2nd half Esary again found Truesdell in the 3rd and Woodand’s Daymon Gressett ran it in from the 1 in the 4th to end the scoring.