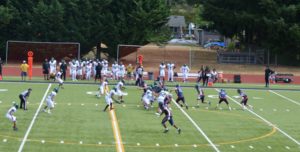 (Tumwater, WA) The Franklin Quakers were once a feared football program where between 1979 and 1993 they made the State play-offs 7 times with 2 semi-finals appearances. Since then the Quakers made it once in 2011 and then on September 26, 2013 Franklin defeated Ingraham and that was the last time the Quakers celebrated a win until yesterday.

The Quakers rolled into Tumwater to take on the Black Hills Wolves a team who just 2 regular seasons ago finished 11-1, beat their powerhouse cross-district rival Tumwater and advanced to the quarterfinals, their best season in school history. Prior to that the Wolves had a long run of winning season and advancing to the district and state play-offs multiple times.

The best seasons of the Wolves came under Head Coach Kirk Stevens and Stevens with a solid assistant coach staff struggled a bit in 2019 winning just 3 games and then Covid hit. With no sports for 11 months and most of Stevens staff not being teachers several things occurred including jobs for some of his assistants making it not possible to coach and others found other things to do or realized how much time coaching was taking away from their families so they left. Stevens came back this last Covid season and turnout was down, had to quickly rebuild his coaching staff and then issue with Covid outbreaks limited the Wolves to just 3 games and they finished 1-2.

Stevens believed it was time for someone else to take over and breathe a new and fresh approach to the program. Black Hills hired a young alumni and former Wolves player Garrett Baldwin to take over the program. Baldwin has a brand new staff, a new system, new approach and a lot of new players in Wolves uniforms.

There was a lot of optimism for the Black Hills faithful, taking on a team who hadn’t won since Obama was president but the newness of everything combined with a team not only exhausted from all the losing but with a hope of being the ones to end the streak was a combination too much for Black Hills.

Franklin Coach Terry Green was so focused on keeping his teams belief they could not only compete but win that he blew through all 3 of his 1st half time-outs in the 1st quarter. Green said, “We got off to a shaky start missed assignments and lots of penalties but our defense was playing so well I needed our guys to keep the belief we can win and so yah, I was going to do everything I could to keep us from going off the rails. It has been so easy for our guys to fall into that, here we go again, mentality that I knew if we could put a few plays together it just might kick start a new approach.”

The first huge play for the Quakers was on the Wolves 2nd possession when Akari Jack picked off Black Hills starter Xander Shepler and returned it 80 yards to the house for a touchdown but a late block in the back wiped the score off the and although Jack was credited with a 54 yard return the end result was a missed field goal that clanged off the upright.

All of this could have kicked in that self defeating behavior but instead Green turned it around into a positive telling his kids that they are in this game and if they clean up the mistakes they’d be ahead. The defense then set up the Quakers for the next possession when Bubba Banks picked off the Wolves and the Quaker offense took over on the 47 of Black Hills.

The Quakers would then go on a 6 play drive capped off with James “Duke” Scott plowing in from 3 yards out, the PAT missed but Franklin led 6-0. The Quakers would push that lead to 13-0 when Akari Jack picked-6 the 2nd Wolves QB Jaxsen Beck and for the 2nd time took it back for the score the difference this time it stuck. Tony Avila added the extra point and it was 13-0.

The Franklin defense kept feeding off the early success and in the 2nd half began teeing off on the Wolves offense who would finish the game with -2 rushing and 58 yards of total offense. The Wolves 4 2nd half possessions were two 3-and-outs and 2 fumbles. The defining drive for Franklin was their 1st of the 2nd half. They took over with 9:58 to play in the 3rd quarter on their own 39. The Quakers mixed runs and passing with a huge play from QB Lyndon Vaivau scrambling down inside the 20 yard line and ending with Scott blasting into the endzone for the 2nd time pushing the lead to 19-0.

On the next Black Hills drive the Quaker defense rose up again knocking the ball free and Dave Pugh recovering it for the 4th turnover of the game. The front 7 of the Quakers were dominant all game and set the tone early and kept the pressure on the new Wolves offense.

Franklin’s offense continued to get better and better finishing with 326 total yards of offense led by Duke Scott who ran for 150 yards and 2 touchdowns Vaivau ran for 58 and threw for 109 yards. When we asked coach Green the last time he had a 100-yard rusher he said at least 8 years ago.

Our home team M-V-P went to the Wolves punter Tanner Parkinson who handled a couple of high snaps and time and again kicked the Wolves out of trouble including a 65-yard bomb. Our visiting team M-V-P came down to Akari Jack and Duke Scott and we went with Scott. 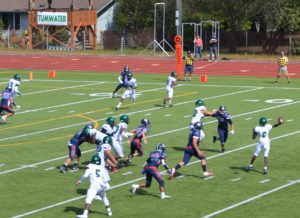 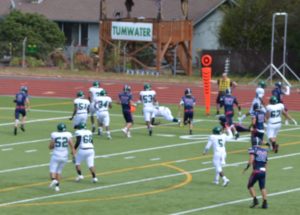 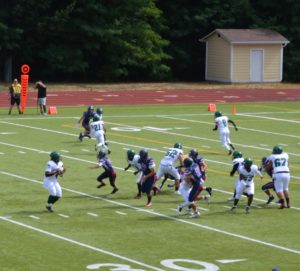 Sun Sep 5 , 2021
9/4/2021 The High school Football season kicked off this week with a few Thursday night games but Friday Night Lights shown brightly. Yes, there are still challenges with Covid-19 and a serious officials shortage forcing several games to be moved from Friday night or other games cancelled while teams deal […] 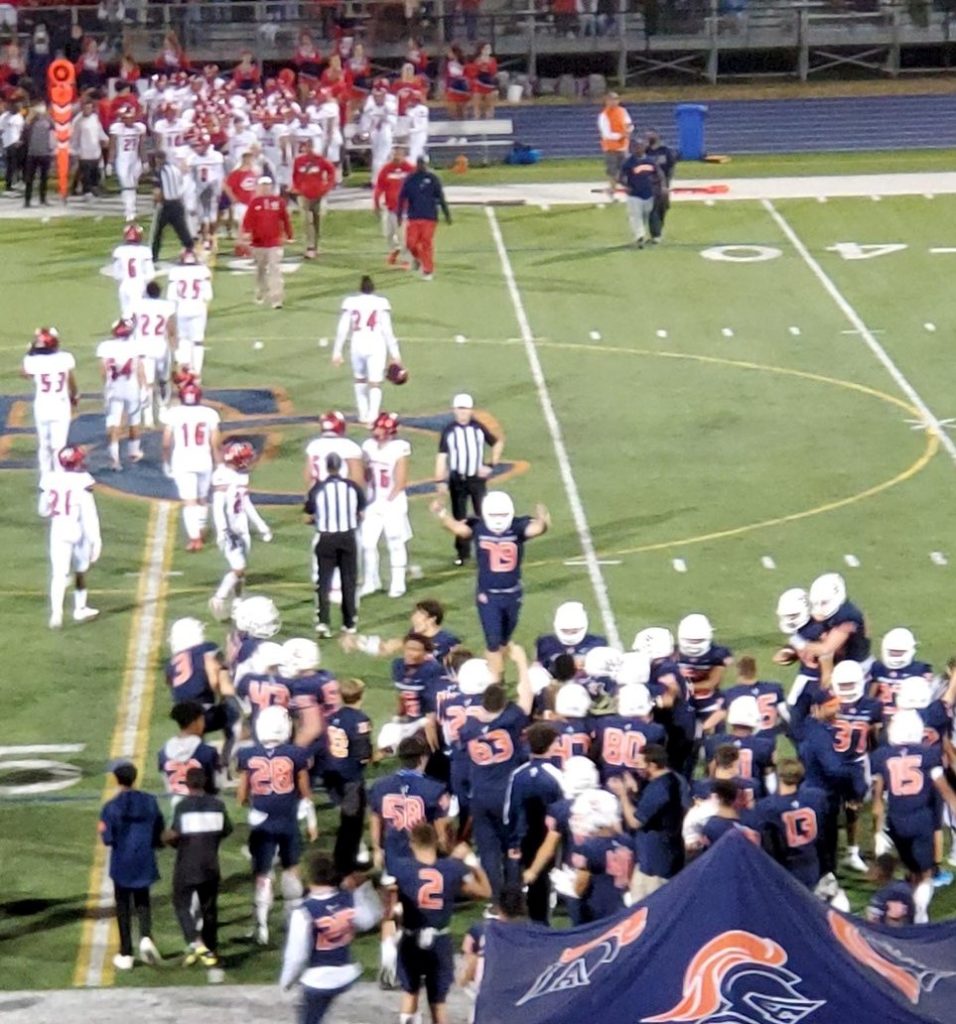