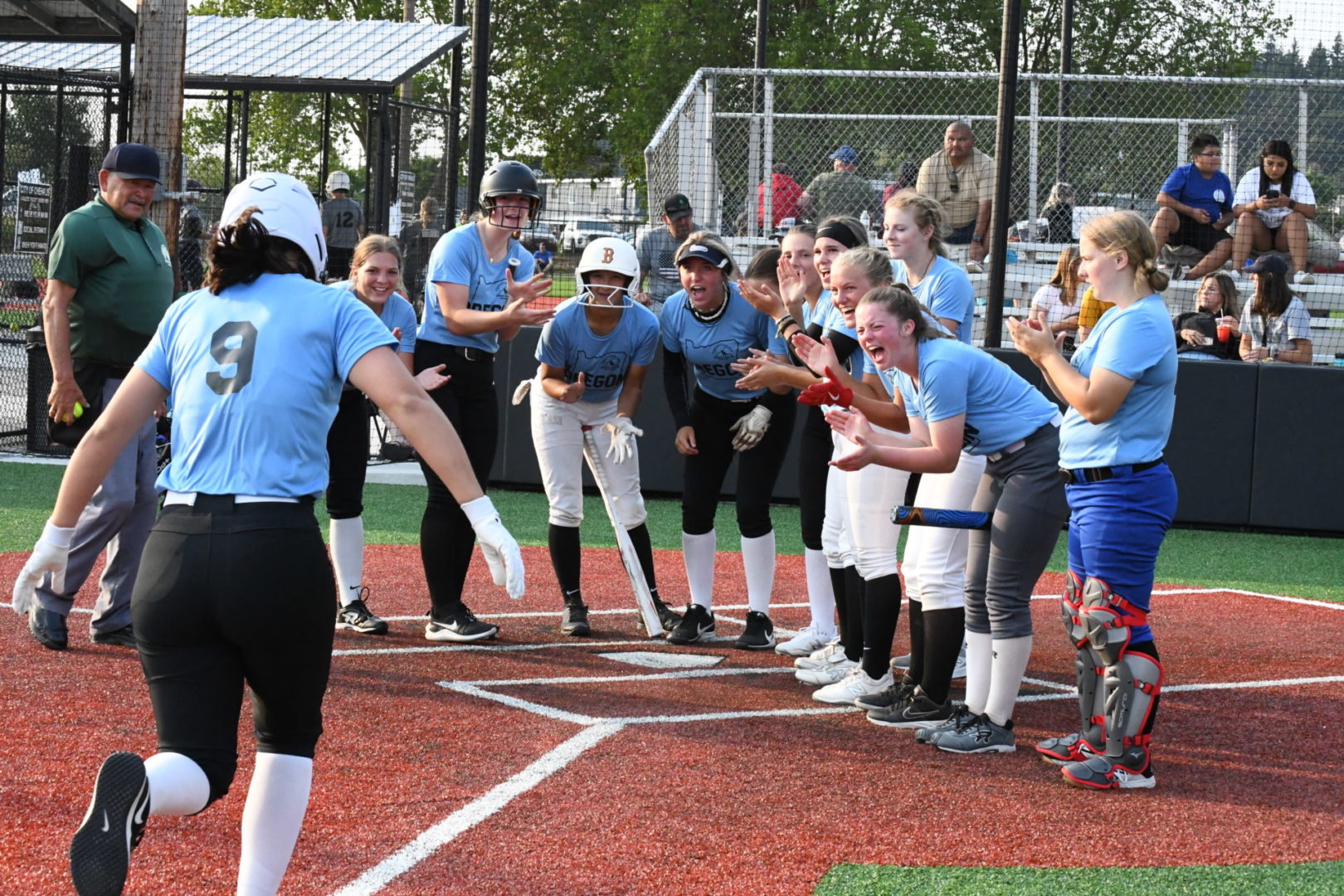 Crimson took a 3-0 win taking advantage of 3 straight walks with 1 out. Kaci Kibler singled and then Danica Quinn singled in 2 runs for a 3-0 lead.

Pacific countered strong in the 2nd tying the game at 3-3. They led off with 2 base hits from Drewsey Williams and Kadence Morrison. One would score on an over throw then Chloe Reams belted a 2 run double to even it up at 3-3.

Autumn Allen and Danica Quinn shut down Pacific after that with 4 scoreless innings and 4 strike-outs. The pitching duo got plenty of offensive help with 2 runs in the 4th, Gracie Allen singled and scored and Laney Morgan walked and scored on a passed ball. 2 more came in in the 5th Kibler had the big hit knocking in Olivia Edgar and Sydney Jund who both had singled to make it 7-3. The final 2 runs scored in the 6th were 2 lead off walks, 1 knocked in on a sac fly from Laney Morgan and an RBI single from Adalyn Pearson.

Lime jumped out to an 11-1 lead scoring 1 in the 1st, 3 in the 2nd and 7 in the 5th. Ava Petrino singled and scored on a double from Lillian Stariha in the 1st. 3 would score in the 2nd with 2 out on a fielder’s choice, a base hit, a hit by pitch and an error. In the 5th a run scored on a walk to Ashlee Porter who scored due to a wild pitch and an error. Then another 2 out rally began with a fielder’s choice on then a base hit from Laci Ross. Petrino would get a 2nd base hit this time knocking in a run followed by an RBI single from Stariha. The a walk and finished off with the big blast a Grand Slam from Lindsay Ferguson.

Most cases a team down 11-1 and coming off a Grand Slam is ready to end the game but Ruby had a ton of fight in them and made a run at Lime scoring 7 in the 6th and then the game timed out and they gave Lime a scare but fell short.

Ruby led off with 2 singles from Haiylee Reeves and Abie Hinton then the bases were loaded with a walk. 3 straight RBI singles from Megan High fill, Daniella Ambriz and Danielle Sitts. An error scored 2 more runs, a sacrifice fly scored one from Kayli Clark and Reece Bybee singled in a run.