Lime took a 1-0 lead in the 2nd when Destiny Emery tripled to lead it off and later scored. Steel would tie it in the 3rd when Ava McPhillips led off with a single and scored on a fielder’s choice.

Lime re-took the lead in the 3rd with 3 runs on a 2-out rally. After the first 2 batters grounded out Treja Patterson lifted one high over the fence for a round-tripper followed by a a single by Pavina Blunk and a walk. Sierra Anderson then delivered a single scoring 2 and it was 4-1.

Steel counter punched in the 5th with 3 of their own to tie the game at 4’s. Ava McPhillips singled for the 2nd time, Sami Flanagan singled as well and then McPhillips scored on an RBI single from Cate Wheaton. Jordyn Wurzer got in on the action with an RBI double with Natasha Theisfeld singling home the tying run.

Lime would answer with another 3 in the 6th and then the game timed out giving Lime the 7-5 win. Pavina Blunk singled and scored, Jordyn Relethford doubled in a run and Raychel Squibb finished the scoring with a blistering 2 run double.

Sky scored early and often in the 1st inning. After a lead-off walk and a ground-out, Kinzy Bowen singled in a run, Grace Neer doubled home 2 then Jasmine Barela singled in a run. The hitting barrage was not over as Ellie Martin doubled and then scored when Maddie Sheadel blasted a shot over the fence for a 2-run dinger. Shyanne Fenley then doubled and scored the 7th run on an RBI single from Abigail Loomis. Bowen added a homerun in the 2nd and Barela had an RBI double in the 4th. Loomis, Neer and Sheadel combined for the 1 run, 3 hitter and 5 strikeouts.

Granite’s Taci Watkins pitched from the 3rd inning on and gave up just 3 runs and struck out 5. The lone run came in the 6th when Samantha Staley walked and scored on a fielder’s choice. 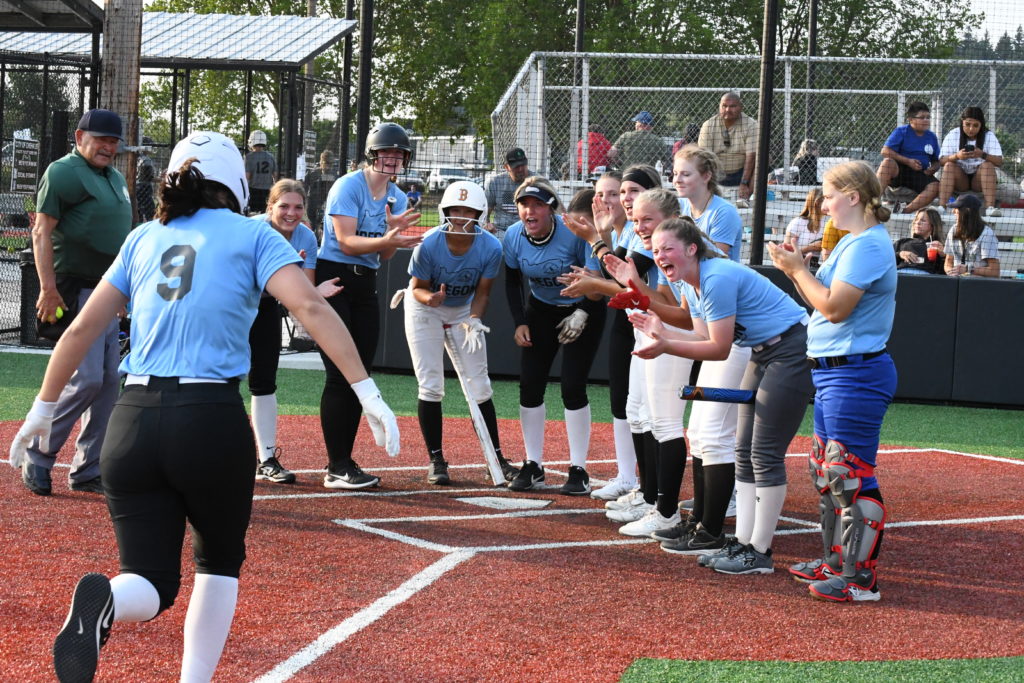