Oregon Sky 12,  Washington Lime 5
Oregon Sky busted open the game in the 2nd after falling behind 4-0 sending 16 to the plate. Sky would pound out 7 hits including 2 home runs. Olivia Dedmon knocked a 2 run shot and Kinzy Bowen also went deep. Shyanne Fenley had 2 hits in the inning, a double and single with 2 RBI.

Dedmon finished 2 for 3 with a homer and double 2RBI and 2 runs scored. Abigail Loomis pitched the distance and gave 4 runs right at the top of the order. She gave up 5 hits, 4 in the 1st then settled down to strike out the side in the 1st and faced only the 3 minimum for the rest of the game except the 6th when Lime got their 5th run.

For Washington Lime Pravina Blunk went 2 for 3 with 2 base hits and 2 runs scored. Sierra Anderson and Jordyn Relethford each singled, Destiny Emery then cleared the bases with a single.

Idaho Ruby used a big 2nd inning to give them a big early advantage that Granite could not dig out from. 12 would get to the plate and there were 6 hits including a big 3 run home run from McKinley Hill. Pacia Burrup had a 2 RBI single and Cienna Walls slapped an RBI double to lead the offense. Marae Holloway pitched the first 4 innings and Sierra Escalera finished it up with an inning pitched in the 5th.

The At-Large Granite’s lone run came in the 4th inning when Samantha Staley led off with a double and Regan Rose knocked her in with an RBI single.

Forest blasted off at the top of the 1st as 14 batters would come to the plate scoring 9. Avaleis Wilson led off with a single and Gracie Ray followed that up with a 2 run blast over the outfield fence for a quick 2-0 lead. That was followed by singles from Kately Krieste, Allison Stanley, Kaylei Clark and Taylor Minton and all would come around to score. Krieste would finish 4-4 with 2 singles, a double and a triple.

Royal played from behind the entire game but had a sold 5th inning scoring 5. Four would get on base via the walk but Violet Loftus would come through with with a big hit driving in a run and then later scoring.

Tue Aug 3 , 2021
8/3/2021 Idaho Crimson 7, Washington Emerald 2 Emerald took a 2-1 lead in the 2nd inning when Allison Heater walked and was followed by a double from Yuri Siler. Runners were on 2nd and 3rd and Dakota Smith hit a sharp single to drive in both runs but that’s all […] 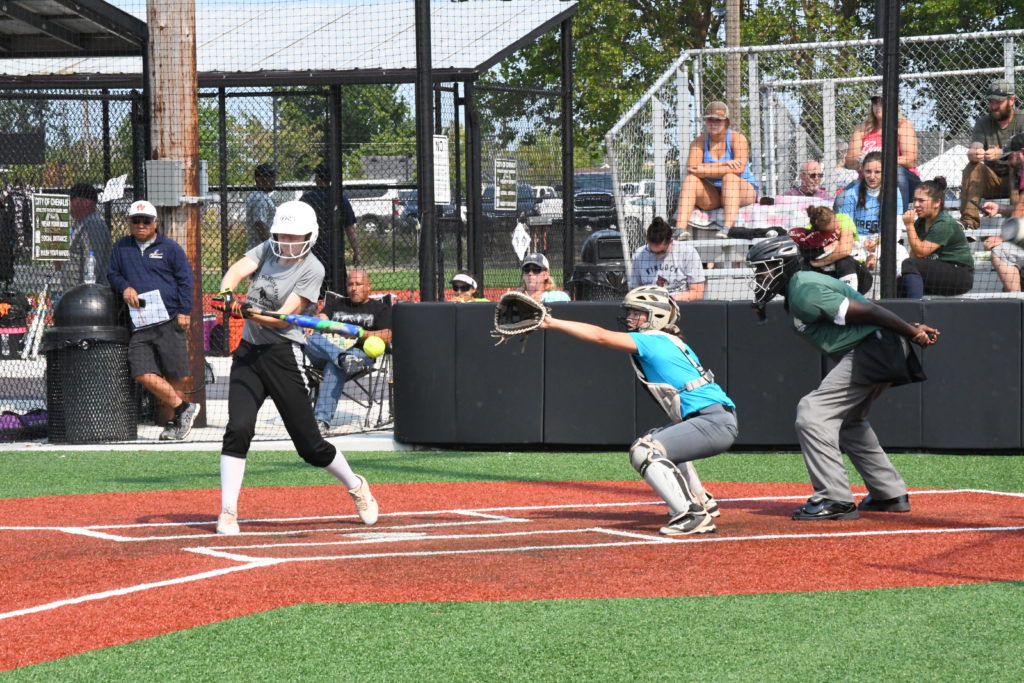