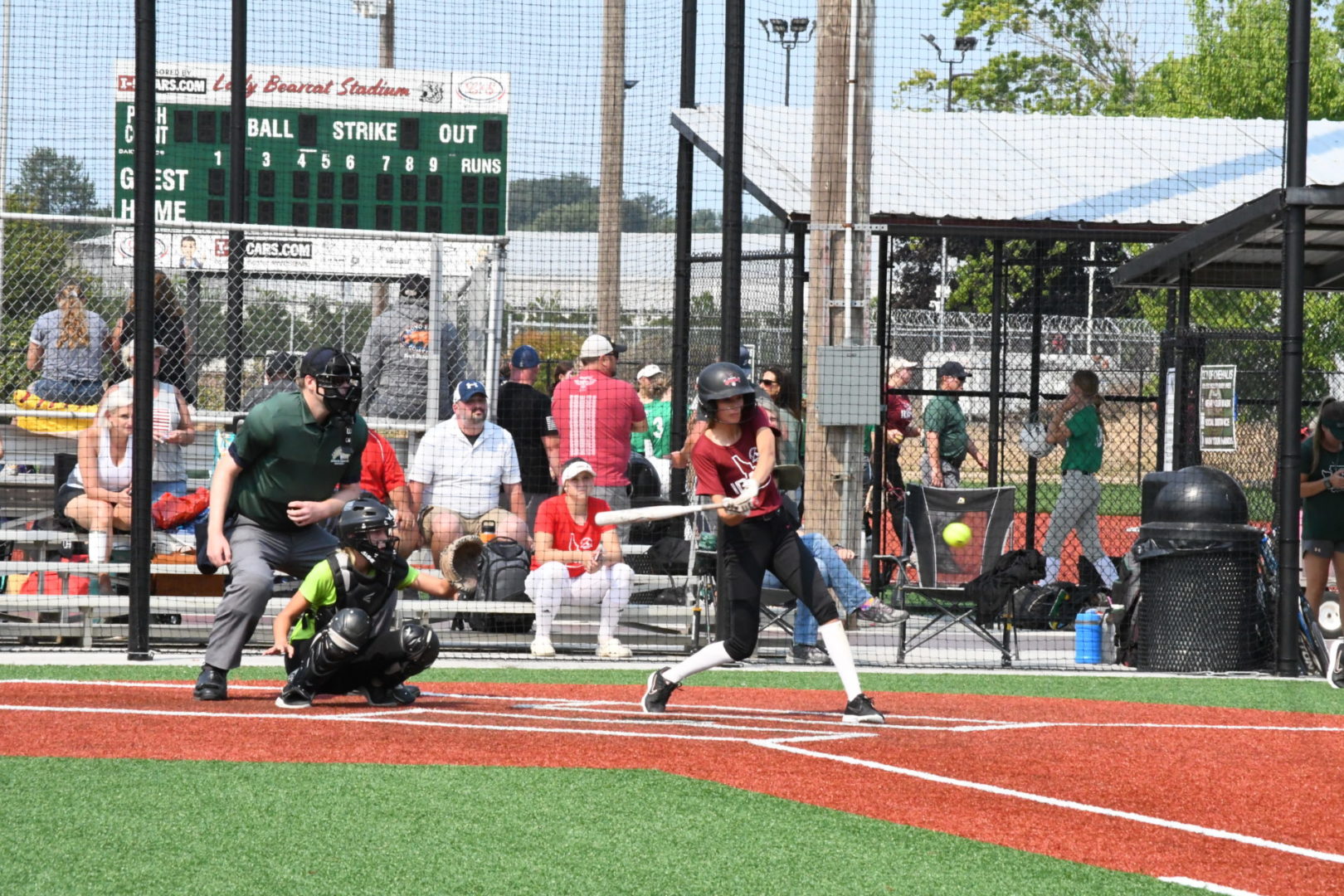 Crimson jumped on the Lime in the 1st and looked like they may runaway with this scoring 4 all with 2 outs. The lead-off hitter got on board by error but that was followed by 2 strike-outs from Avery Garvey. Garvey then lost the zone and walked 3 in a row forcing in a run and then Laney Morgan drilled a 2 run double to give Crimson a 4-0 lead. Morgan would later single and score finishing 2 for 3.

It took Lime a couple of innings to get to Addisyn Clark but struck with 4 runs in the 3rd. Ava Petrino led off with a single followed by Lillian Stariha.  Lindsay Ferguson then singled in a run and 3 others would come in off errors. Lime would score one in the 4th and then added 4 more in the 6th led by Ashlee Porter and Sierra Campos both with singles and runs scored.

Pacific got things rolling and kept Emerald at bay by scoring 5 in the 3rd to push their lead to 6-0. After 2 hit by pitches, 2 walks and 2 fielder choices Drewsy Williams came through with a 2 RBI hit. Williams would then sac fly their final run in Peyton Daggett who was on board after a lead off single.

Emerald was languishing for 4 innings but caught fire in the 5th scoring 5. Mia Cantu led off with a double followed by 2 singles from Ashlyn Bredemeyer and Vanessa Hepkin driving in a pair of runs. After a couple walks Emma Kaufman sac flied in another run and they were back in the game trailing 6-5. Emerald took the lead with 3 in the 6th, Sydney Sasaki belted a home run  to lead it off, Arianna Ames then doubled. Ashlynn McLeslie then singled and Mia Cantu drilled a double driving in the winning runs.