Wednesday was a night of big wins. Garfield swept both the girls and boys varsity games over Cleveland, WF West rolled over Shelton and Eatonville used a 5 minute run to secure their win over Clover Park. Our coverage is below.

(Seattle, WA) This one was never in doubt with a start to finish lead by Garfield pulling out to a big 17-0 lead before the Eagles even scored a point. The Bulldogs improved to 7-1 and have a game at Franklin next Wednesday to finish their season. Cleveland drops to 0-7 and will look for their 1st win at home against Rainier Beach next week. 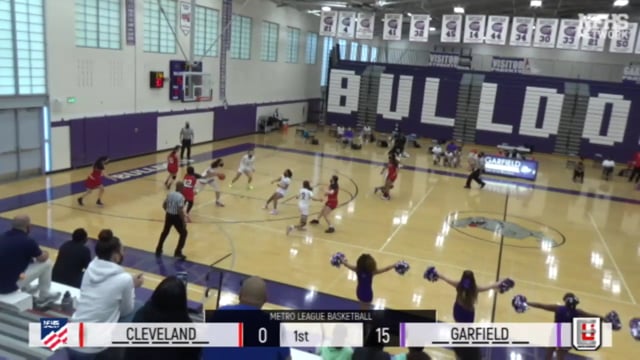 Garfield girls hot start capped off with these 2 buckets 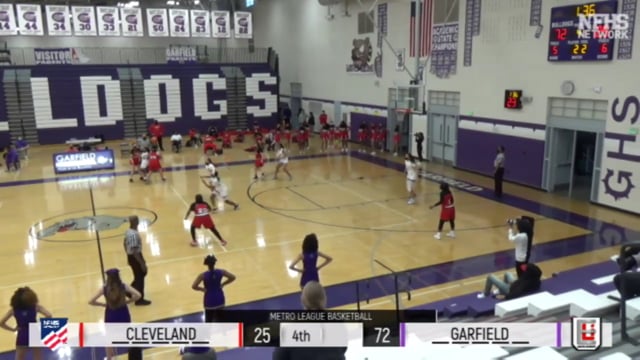 Bulldogs finish off the game with a steal

(Seattle, WA) The Cleveland Eagles tied the game at 21 on a big 3 ball but the Bulldogs then went on a 19-0 run to open up a big lead and would not be challenged again in this one. Garfield is now 6-2 overall with one game left to play at Franklin. The Eagles fell to 3-6 and will finish the regular season at home against Rainier Beach. 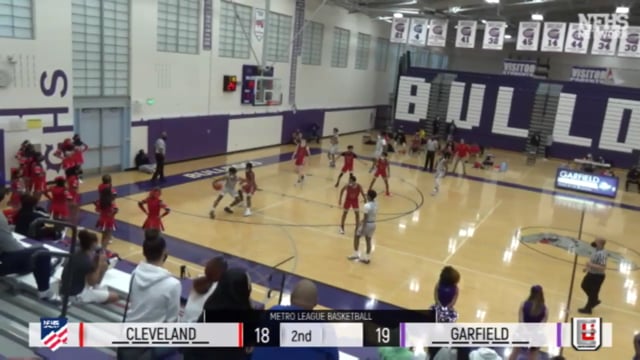 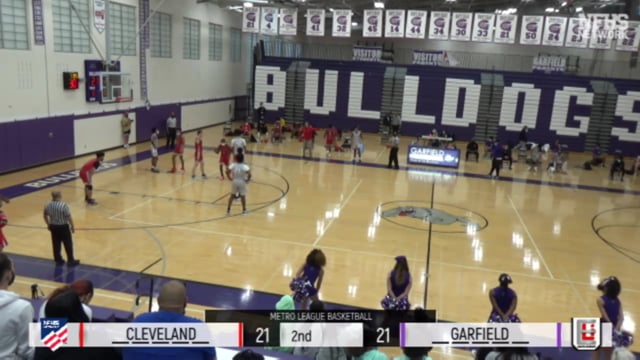 (Chehalis, WA) The Bearcats bullied their guests into submission quickly in this game jumping out to a big early lead in fact stretching that lead to 41-1 in the 2nd quarter. ESN’s Matthew King had the call of the game and has a full re-cap in his postgame show linked below.

WF West is now 9-0 and takes on Tenino next in a non-league game, Shelton dropped to 1-8 and hosts Rochester on Friday. 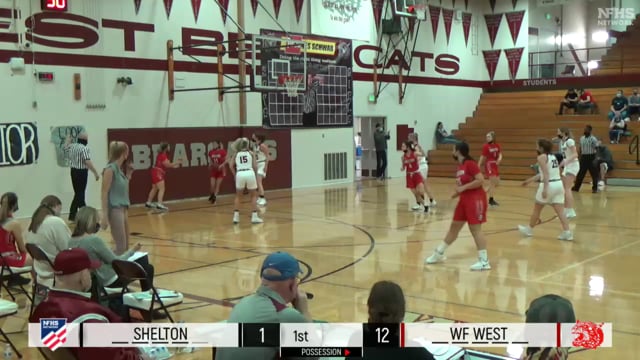 Drea Brumfield with the steal and then the finisher 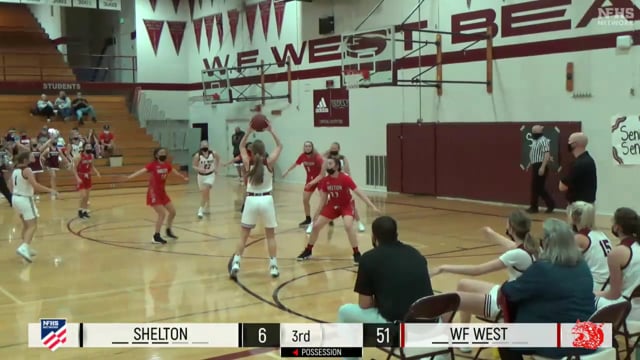 Bearcats adds 2 at the end of the 3rd quarter

(Lakewood, WA) This game came down to 5 minutes of madness for the Eatonville Cruisers. After a clumsy 1st half that saw the 4-1 Cruisers take just a 20-14 halftime lead, Eatonville would come out firing in the 3rd quarter. The score went from a 6 point lead to a 35-14 lead to a 42-16 lead with about 3:45 to play in the 3rd quarter.

The explosion of points also ended as quickly as it came. For the final 11+ minutes Eatonville only scored 6 more points and Clover Park actually outscored them during that time 10-6. In fact, take out the 5-minute 22-2 run and the score was 26-24 in favor of the Cruisers but certainly a completely different game. This is how devastating that burst was for Eatonville putting the game out of reach so quickly in the 3rd quarter.

Haley Rath led the Cruisers with 12 points hitting half of those in that critical 5-minute stretch. Gionna Mervyn had 11 and spread scoring throughout the game with 3 in the 1st quarter, 2 in the 2nd, 4 in the 3rd and 2 in the 4th. Brooke Blocker also hit double digits with 11, Berkley Porter really led the charge during the run with 8 points all in the 3rd quarter and 2 big 3-balls. Hannah Kralik added 4 off the bench and Alexia Price had 2.\

Eatonville is now 5-1 overall while Clover Park falls to 2-4. Our players of the game went to Eatonville’s Brooke Blocker for her offense and solid defense inside and to Clover Park’s Alicia Ellaylnn Soliai for her inside presence as well both scoring and defense. 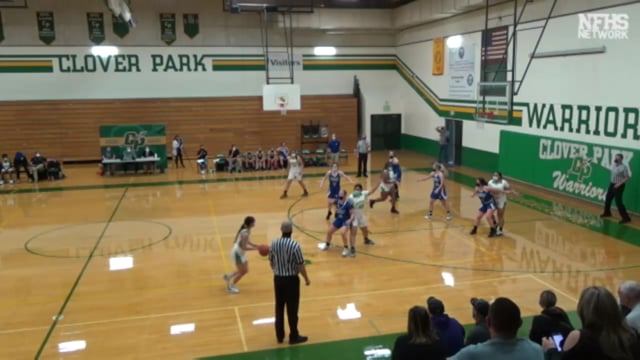 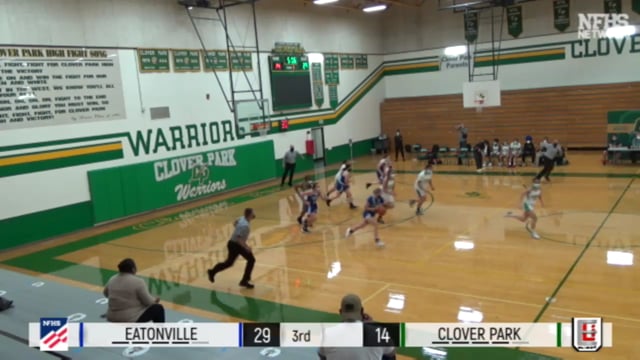 Fri May 28 , 2021
5/27/2021 3 girls games on our air Thursday night and none bigger than in Tenino where the Beavers hosted Montesano for the League Title. In the other games Toledo won a critical game to keep pace and Lakes pulled out thriller over Mount Tahoma. Our coverage below… EVCO 1A Girls […] 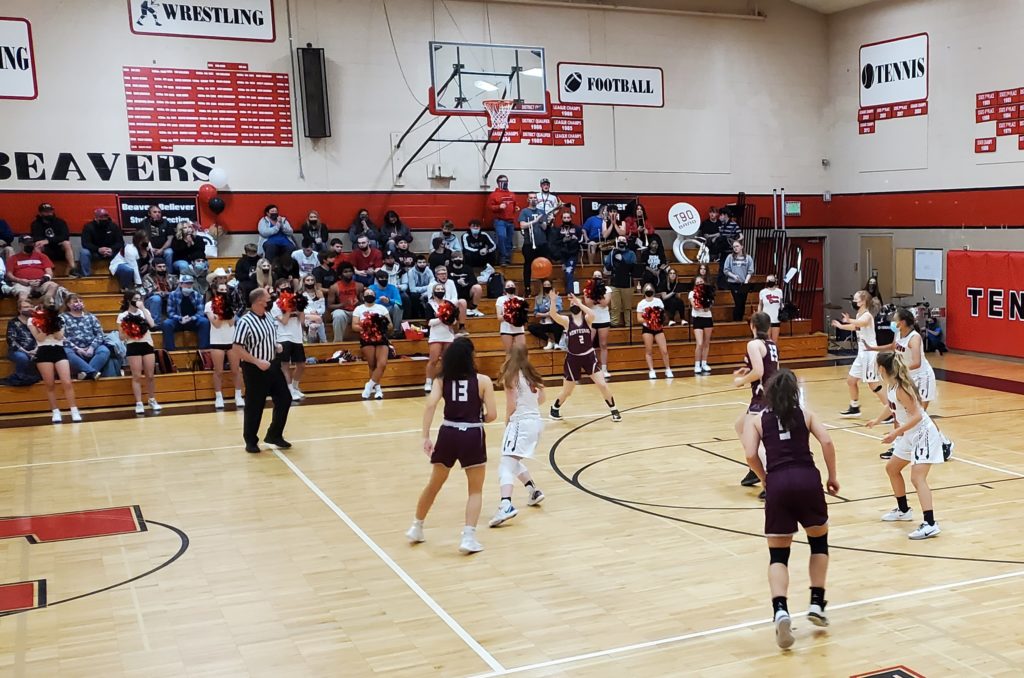