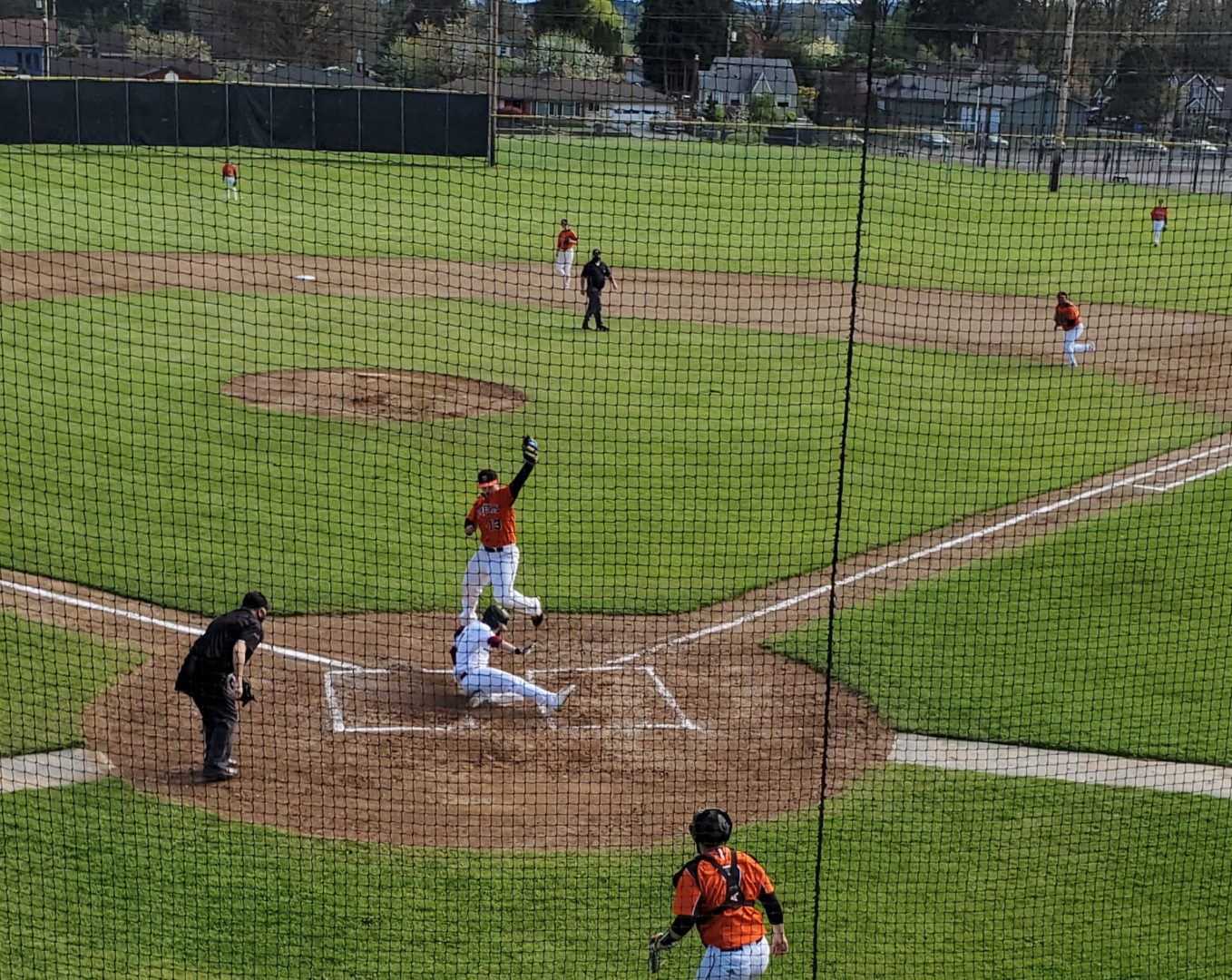 (Chehalis, WA) The Chehalis Bearcats are tied for 1st while Centralia has 3rd place pretty well locked up so the pressure was actually on the Bearcats. They have to win out and hope the team they are tied with, Tumwater, stumbles along the way because right now if the two teams end the season tied, the T-Birds will have the tie-breaker going into next week’s League/District Tournament and get the #1 seed and a bye.

This game down to a great pitching showdown with the home team Bearcats starting Tanner Vaughn and the visiting Tigers sending out Cameron Erickson. Both pitchers went the distance except for Vaughn who could not pitch the final out due to the pitch count rules.

Vaughn got started facing just two over the minimum or 14 batters through the 4th inning. He also struck out 9 in that run with the only base runner’s Paris Chavez who was hit by a pitch and an error that got Kyruss Mano on base.

Erickson gave up a lead-off single to the Bearcats Max Taylor who was making his first start in several weeks after suffering an ankle injury. Taylor seemed to be back full speed as he legged out the infield hit. But Erickson would knock down the next three in a row stranding Taylor on base.

In the 2nd inning an error got things rolling for the Bearcats. After a strike-out, Vaughn grounded one to 3rd base where Landen Jenkins committed an error allowing him to get on base. Andrew Stafford then singled and with runners on 1st and 2nd the next batter Drayson  Hilkemeier tried to bunt the runners over but the pitch got by the catcher and the runners advanced to 2nd and 3rd with no out.

Hilkemeier facing a 2-1 count stepped into the batters box and as Erickson began his wind, Vaughn on 3rd took off for home plate and was about 2/3’s down the base line when Hilkemeier dropped down a perfect suicide squeeze easily scoring Vaughn. Hilkemeier was thrown out at 1st but he got the RBI, sacrifice and little did he know it was also the winning run.

Stafford would score on a wild pitch to pick up a 2nd run and WF West would lead 2-0 after 2 innings. Erickson would retire the Bearcats in order over the next 3 innings  and then get the first 2 outs in the bottom of 6 before giving up a triple to Drew Reynolds. Britt Lusk then picked up the RBI with a 2 out single, giving the home team a 3-0 lead.

Centralia had their opportunities first in the top of the 5th when Mano singled with 2 out followed by a walk to Moshie Eport and then an infield single to Bayden Teitzel to load the bases. Vaughn then buckeled down and got a strike out to end the threat. In the next inning the Tigers had their best chance of the game when Erickson led off with a single, Chaves walked and Benito Valencia reached safely on a fielders choice to load the bases with no outs.

Vaughn would then strike out the side for the 3rd time in this game and turned the Tigers away from scoring even 1 run. Vaughn would go 6 2/3’s inning and strike out 15, gave up 4 hits and had 2 walks. Erickson put up a line for Centralia that 95% of the time results in a win going 6 innings, faced 23 batters, struck out 3, no walks, no hit batsmen, 5 hits and 1 earned run.

WF West improved to 10-1 but have 2 games on the road to wrap up the regular season at Black Hills on Wednesday and a non-league game at Timberline on Friday. Centralia drops to 7-4 in league play and will host Tumwater on Wednesday. 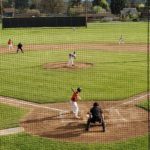 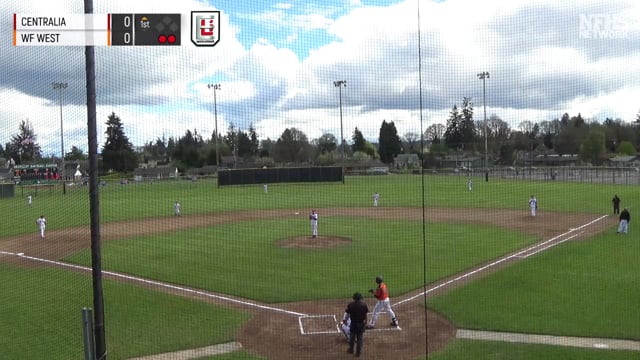 Bearcats Tanner Vaughn with a great defensive play on the mound 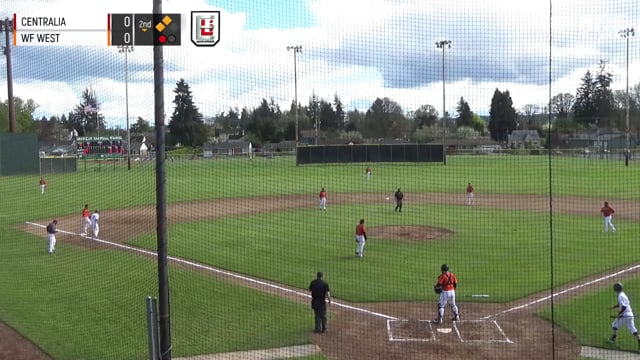 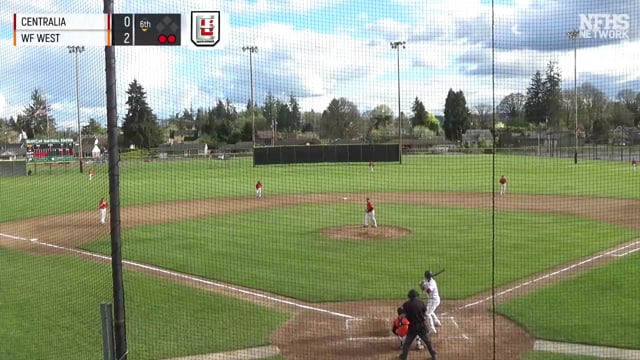 Drew Reynolds hammers a 2 out triple