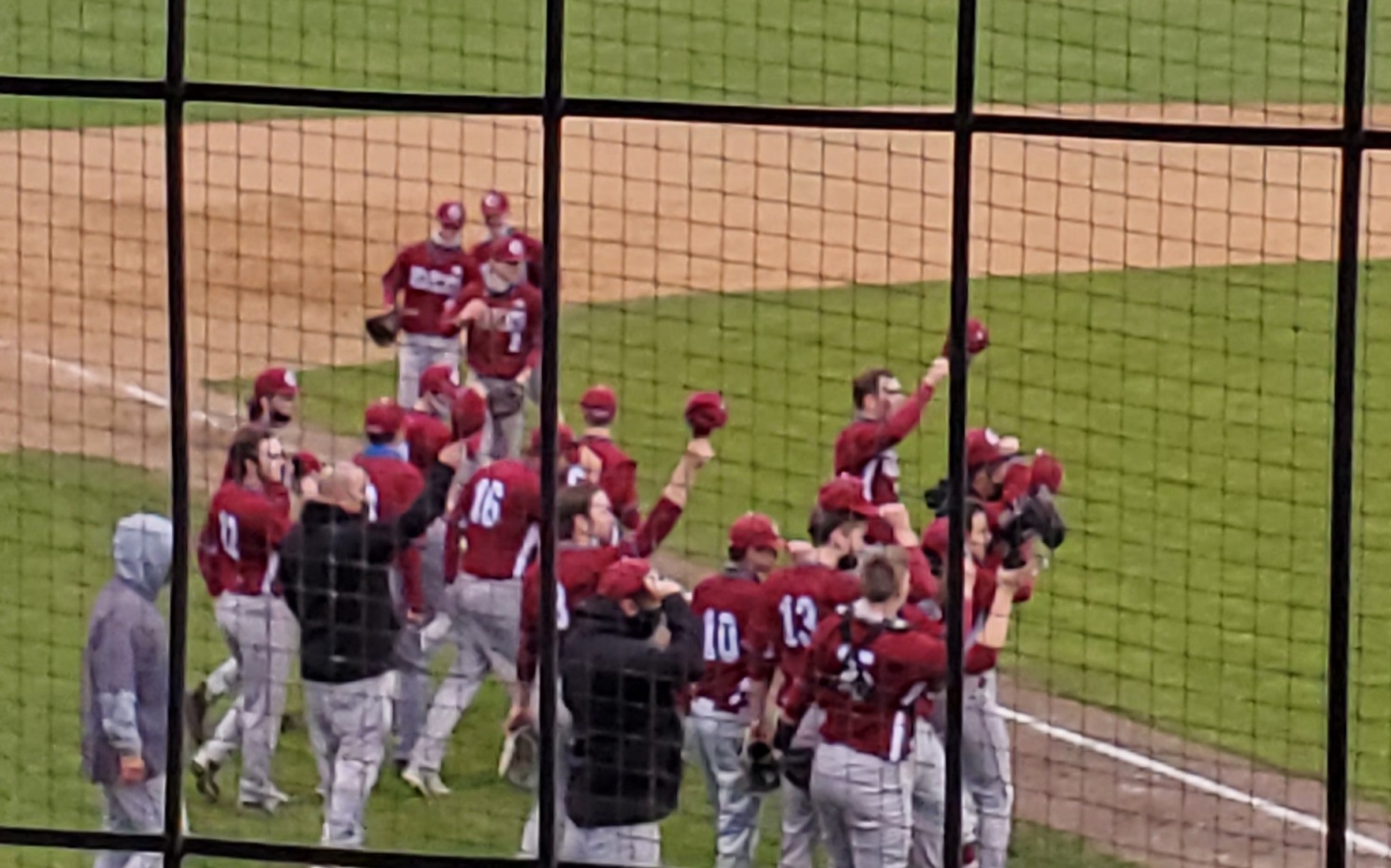 We had two broadcasts on the schedule, the WF West at Centralia baseball and soccer games. We did not have a crew available to cover the fastpitch game at Chehalis but the Bearcats swept the Tigers in all 3 contests. We have our game re-caps, pictures and video clips all below.

We did not have the crews available to cover this game but the Chronicle was there and here is a link to their story and coverage.

A half inning into the game it appeared this one may be over by the 5th inning as the Bearcats sent 11 to the plate and scored 5 for a 5-0 lead before the Tigers even came to the plate.

In most cases an early hook from the defensive team comes into play but Centralia coach Adam Riffe did not budge. Rone then got a strikeout but then walked the #8 batter to fill the bases and the  walked #9 to force in a run to make it 5-0.

Back to the top of the order that had just singled, doubled and double with the bases loaded and just 1 out and yet…Coach Riffe left Rone in. Rone then struck out Taylor and got Bunker to pop out to catcher Cameron Erickson and got out of the inning. The Bearcats did have a big 5-0 lead.

Over the next 3 innings Rone would face just 3 batters in each inning striking out 1, walked 2 but picked both off base, 2 fly balls and 3 pop-ups and did not give up another run through 4.

In the meantime the Tigers offense chipped away at that 5-0 deficit. Centralia scored 1 when Noah Aliff knocked in Benito Valencia with a 2-out single. Two more in the 3rd inning when Paris Chaves led off with a double followed by a hit batsmen and a walk from Bearcat starting pitcher Logan Moore. Rone then drew a bases loaded walk for an RBI and Landen Jenkins came in on a ground ball safely to pull within 5-3.

The 4th inning saw the comeback complete and in fact Centralia would take the lead. Aliff led off with a single followed by a walk to Erickson and a 2 run double from Chaves to tie the game. (Video below) After advancing to 3rd, Chaves would score on a fielder’s choice to actually take the lead 6-5 after 4.

The Bearcats slumber over the past 3 innings was over and with 1 out and a walk, Lusk would single and then Tanner Vaughn would hammer a double to left cleaning the bases and taking the lead back 7-6. Vaughn then scored on an error and it was 8-6. 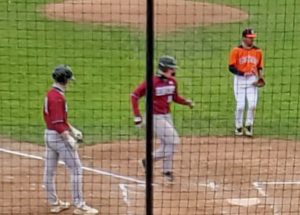 The Tigers would the  fly out to centerfielder Max Taylor 3 times in the bottom of the inning. Heading into the top of the 6th the Bearcats would again explode plating 5 more runs. It began with a walk to Taylor and a sac bunt by Bunker. Reynolds would stroke a single scoring Taylor followed by Gavin Fugate slapping a single putting runners on the corners. Cade Haller who had spent the game pinch running got his chance at the plate and belted an RBI single. This was followed by 3 more hits from Lusk, Vaughn and Moore and when the dust settled the Bearcats, after giving up 6 straight runs answered with 8 runs of their own.

Centralia would not give in and scored 2 in the bottom of 6 but another comeback was not in the cards. WF West is now 4-0 while Centralia drops to 4-2. Our Pacific Sports Spa visiting player of the game went to the Bearcats Drew Reynolds and our Thorbeckes home player of the game was Centralia’s Zack Rone. (We are certain a pitcher who gave up 5 runs in the top of the 1st and faced 11 batters has never been named our player of the game. A great effort by Rone and great insight by Coach Riffe.) 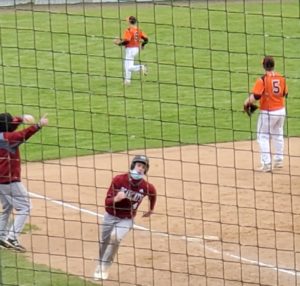 The Bearcats came out aggressive with several shots on goal, in fact two went in off the foot of Carlos Hernandez but were waved off by the AR for offsides. The Tiger defense then buckled down with several key saves from Victor Rojas. Rojas had help from a stingy backline with Alberto and Kevin Mojica. The two teams would stalemate through the first half and went to the break scoreless.

In the second half the Bearcats kept the offensive pressure on the Tigers but were continually denied holding the score at 0-0. The Bearcats aggressiveness paid off with 11 corner kicks to just one for Centralia.

It was one of those corner kicks that finally paid off for the Cats when Hernandez lofted the kick in front of the goal and Jairo Lima-Perez kneed it past the defense for a 1-0 lead in the 64th minute. (Video below)

WF West would get an insurance goal 10 minutes later on a spectacular shot from distance by Hernandez and placed it in the upper left of the goal for the final tally of the game. (Video below)