“That Got Me To Thinkin’…?” Chapter 31 “Buffets”
By Bruce Williams

Anytime I’ve ever been to a buffet I’ve had a hard time pinning down the smell in the air—probably because it’s equal parts fried chicken, Salisbury steak and an old man’s pillow case.  There used to be an Old Country Buffet at the Factoria Mall back when I lived in Newcastle years ago that was open aired into the center court, so curiosity drove me to regularly leer inside as I walked past, eyeballing the mile-high plates, the Rascal scooters parked next to the four-tops, the kids running their fingers through the chocolate fountain and a handful of splayed napkins, tucked efficiently beneath untrimmed beards or atop vintage brooches adorning alarmingly ample older bosoms.

I was once randomly asked for directions to the nearest buffet by a proper gentleman visiting from Eastern Washington, only he pronounced it, “boo-fay,” which naturally caused me to probe further, “Pardon me?”—if for no other reason than to hear him gloriously mispronounce it one more time.  And he did.  So I sent him to that same OCB (yeah, you know me) and he thanked me, plentifully.

Growing up in Olympia we had the Royal Fork (complete with a giant fork on the building’s edifice), which was always a big treat as a kid because you knew if nobody (my Mom) was looking you could maneuver endless desserts by eating several helpings between trips back and forth and either clandestinely stacking the plates or discarding them in the plastic foliage pots while pretending to tie your shoe.  When King’s Table took over its location in the early ‘80’s, it wasn’t quite the same—the magic of local ‘70’s buffet-ery was gone, lost in the big business franchise ethos of cheap meat and green Jello.

Then there’s the modern ads for the Golden Corral—which I imagine must exist more in the South since I’ve never seen one or been inside one…I’m envisioning fried chicken, peach pie and sweet tea, which all actually sound kind of good but of course they wouldn’t be.  The pie would taste like Hostess, the tea would be gritty and what you thought was a breast was really a chicken back, which you didn’t realize until you cracked it open and black dust came out of it—right before you discarded it uneaten in the center of the sticky waxed tablecloth.  Even the name sounds like they’re herding heifers into a pen with a shock stick.

Then there was the salad bar—the buffet’s shy little sister.  Protected by plexiglass from open mouth breathing, the back row inevitably destined to be awkwardly half-dumped onto the adjacent ice.  I’m not sure how three trips to fill a plate smothered with ranch dressing constitutes “dieting” but there you have it.  And why does every self-serve restaurant offer cottage cheese as one of their bucket fillers?  Who goes out for cottage cheese?

Lou and I used to go to a pizza buffet at The Rock when she was little (after preschool).  It was actually pretty good—she’d always eat the individual salad and cheese bread, and I’d put the hurt on them at the pizza bar…I’m sure making them regret their business model at some point since we were sliding out of there overly-sated for around $15 plus tip.  They scaled back this offering at one point probably because, from the looks of it, I was the “little guy” amongst their exuberant, stool-enveloping patronage.

One of my coworkers would often tout the local casino as a wonderful option to fill a few plates.  Crab, even, he’d brag—but then he also said that his buddy Big Mike threw up after their last go-round there, so I’m not so sure about his emphatic endorsement, also weighing his suggestion based on his tendency to emphasize quantity over quality.

All in all, buffets are mainly just gross—I know they strive to empty the bin before they replenish it, but you know full well that there’s one shrimp that’s been tumbling around in there for several weeks, topping off the fresh container but being skirted around due to its unappetizing grayness.  And people are gross, especially when given the opportunity to gorge or be messy—you can count on them to take you up on it.  But the poor buffet may be a thing of the past now, since Covid reared its ugly, round, sea-mine looking head (I’m tired of seeing it blown up 1000x by the way).  Would you ever want to grab those shared tongs or walk the thin carpet painted with ground-in boiled eggs again?  I thought not.  Though, if Salty’s on Alki ever comes back with their brunch buffet, I might reconsider.  Should that day come, I’ll see you there—amongst the omelette bar and the bunsen burners.

Tue Jan 19 , 2021
1/19/2021 (Renton, WA) How a bout one last big change and then we can all focus on the targets and get High School sports back in play. The WIAA Executive Board met Tuesday night and after the State Department of Health changed the metrics to allow sports to resume in […] 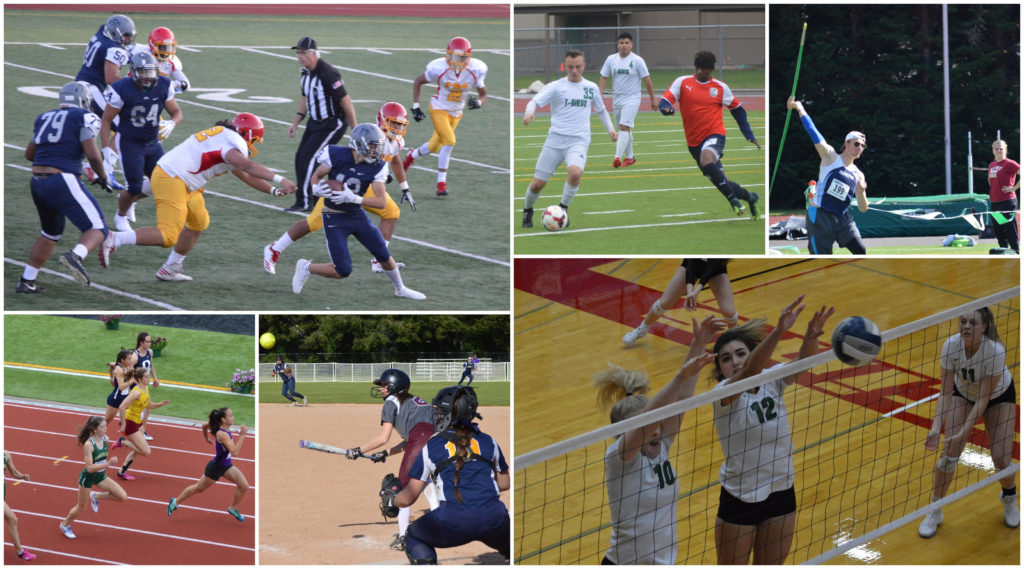