My two sisters and I all took piano lessons at our instructor Mai Lin’s house.  I hated it.  While one sibling was in with Mai Lin, plinking away as she patiently winced at each misstruck key, I and one of my sisters would be out back in her garden, picking berries or tossing rotten tomatoes over the back fence into her neighbor’s yard.  At one point the produce hurling escalated, as kids are wont to do given enough idle time, to rotten pumpkins.  After emptying her yard of compost, the neighbor man had had enough.  He addressed us over the fence, with the remaining carcass of a slimy pumpkin thrust above his head threatening, “If you kids throw one more thing over here you’ll have this come down on your heads!”  Back into Mai Lin’s house we sheepishly scurried, quietly sitting on an ottoman with our legs crossed until our mother came to retrieve us in her burgundy, wood-panelled Plymouth Volare station wagon.

Practicing at home was even worse.  Mom was an impatient tutor while at our upright piano, as we would each take turns going over our practice sheets as she sat beside us on the bench.  Linda was the prodigy of our trio, requiring the least amount of verbal reprimand to receive the desired result, even semi-mastering “Jesu, Joy of Man’s Desiring,” which she would thunderously pound out to no end, lording her prowess over Lisa and I as she attempted to gain favored-child status.  I was decidedly the worst.  Apart from despising everything about taking piano, it also took me away from playing football out in the street with my friends Joe, Alan, and the Osier brothers.  Plus Mom wouldn’t just yell–at any given moment an inattentive note might be keyed, and out of nowhere would come an awakening thwack squarely across your cheek, crimsoning it both with the flash of pain and the flush of raw embarrassment…the smallness of being held captive to such unexpected indignity.

Mondays we were left to our own devices but still instructed to log our practice time while Mom was out dealing with her ceramic submissions at the Chamber Pot–a cheeky local collective of artists selling their wares in a converted house down by the Olympia Brewery—her quail figurines providing her some additional homemaker’s income.  On those days, I would just cavalierly write down “30 min.” and head directly out into the street to play Nerf football, whiffleball, go inside my friends’ houses to play Monopoly and Risk, or write pass-along stories lampooning whatever we found distasteful to us at the time.  Or we’d ride our bikes up to the nearby KOA Campground and buy candy and pop and play pinball and foosball all afternoon.  Kid heaven.

The piano lessons came to a head one day when I heard my Mom yelling downstairs on the mezzanine of our split level house, where the piano stood.  Some devious villain had scribbled “But” on our piano, at that point still in great condition since being gifted to us by our Grandma Williams when they installed the big Steinway at her house out on Black Lake—an inheritance from our unknown Great Uncle Ray’s estate that included his framed portrait above that made us all confusedly inquire, “Who’s that lady?”  Blame was immediately shifted to me, after my sisters red-facedly denied any knowledge of how the ballpoint defacement had arrived on the wooden key cover, forever blemishing its pristine countenance.  “You!” she turned to me, her eyes narrowing, as every skipped practice session (that she saw right through) and clumsy indifference to fingerwork came to a pimply head.  “I didn’t…” I stammered, as I ran upstairs from the undeserved punishment I could see festering at the reddening of her collar.  She caught up to me in my room, tanning my hide with her bare hand, with me attempting to block her with open palms covering my rear end as I continued to profess my innocence.  “But I know how to spell “Butt–it’s ‘b-u-t-t’ not ‘b-u-t’!”  “You just ran out of time!!” she hollered between raining blows.

The real culprit has never been discovered.  Years later, my sisters and I would recount those events with both of them still swearing that they had nothing to do with it as they laughed about hearing my pitiable defenses while I received my unwarranted spanking.  To this day it remains a mystery, with several of the neighbor kids as prime suspects based on their varying degrees of mischievousness.  If any of you Scheller Park denizens have any information leading to the arrest and spanking of a (now adult) perpetrator, I will buy you a cheeseburger and be very, very satisfied.  I will also probably pen a column, ball-pointedly destroying what remains of their reputation.  And I’ve forgiven my mom, who’ll laugh at my retelling of those harrowing events and vindicate herself by saying, “Well, you probably deserved it for something else…” and, well, she’s probably right about that.  Happy New Year! 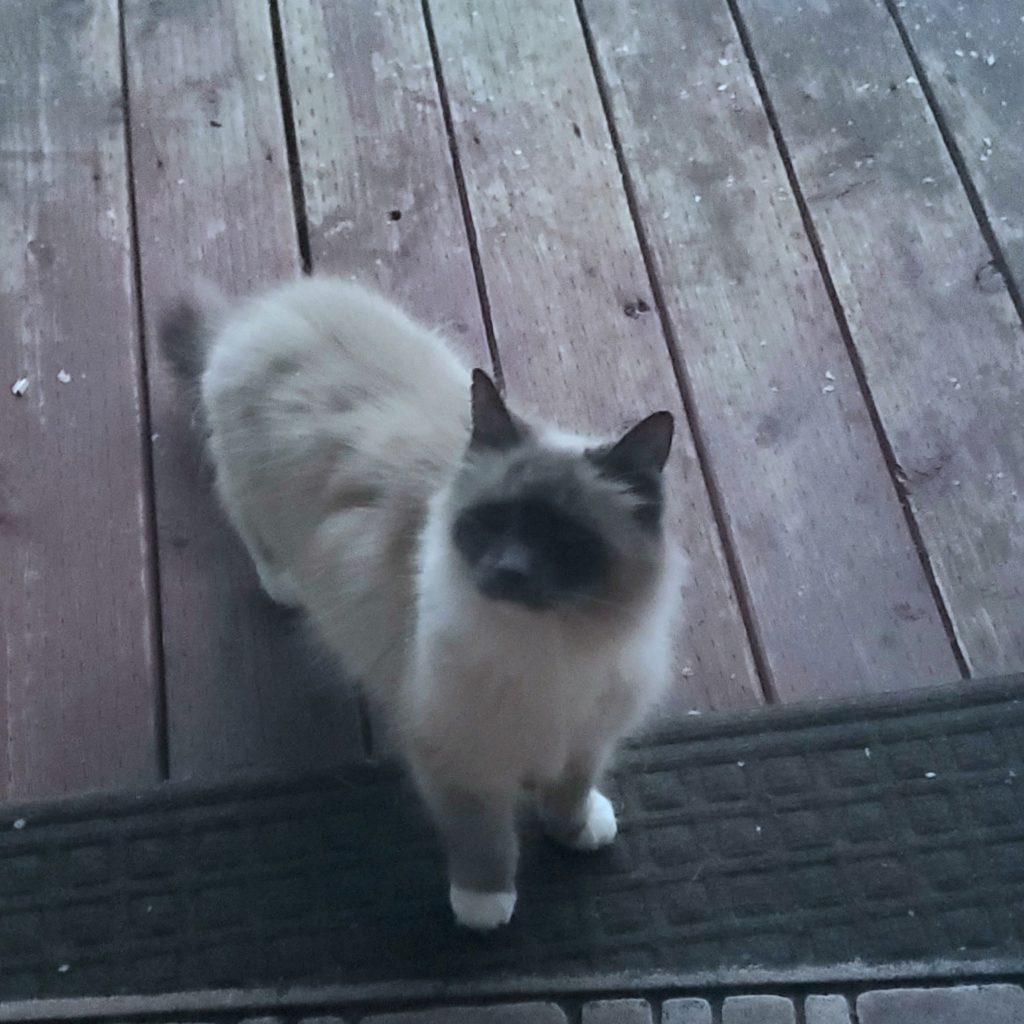