“That Got Me To Thinkin’…?” Chapter 22 “A Tough Talk”
By Bruce Williams

Recently, faced suddenly with the tragedy of a suicide in our family, I was stationed outside my daughter’s hair appointment waiting for her to finish—replacing my distraught wife who had just found out that she’d lost her older brother in such a shocking way, and must now go and inform her mom and other, remaining brother in person.  Sitting in my car outside the salon trying to form the words in my head that’d make some sense to an 11-year old, freshly donning the new blue hair she’d been pestering her mother about for weeks.  I paid the bill, walked her outside and let her get settled in and buckled, and as I started to drive I turned down the music and just tore the band aid right off.

“Lou, I’ve got some terrible news to tell you…it’s why mama had to leave in such a hurry and was so upset.”

“‘Took his own life—does that mean he died?”

(Begins sobbing) “Why would he do that?”

“I don’t know for sure.  Sadness, maybe?  Chronic pain?  Dependency?  Sometimes people get so down that they can’t see any light anymore.  Tonight is a very sad night.”

We rode in silence for a while with only the sound of sniffles.

Me, trying—“You know, Lou, life is complicated and messy, but ultimately it is beautiful.  It is up to us to love one another and look for that beauty every day…can you do that for me, love?”

The days following the death were heavy and weary.  I snapped a few photos of the family as we were all together, mourning and leaning on one another.  My wife and 21-year old niece (his daughter) in profile, their images somewhat mirrored in their likenesses and their faces tight, distraught and spent.  My niece would lament, “He’s going to miss out on so much…”  Another pic of his mom (my mother-in-law) clutching my daughter in a chair, heads tilted together and their faces painted with blank exhaustion.  Later that night in bed I asked my wife how my nephew (18, his son) had taken it, and she said he ran outside when he heard the news, fell down screaming and pounding the ground.  I had to momentarily turn away…

I found my thoughts drifting often back to that lonely, desperate hotel room.  Those last moments before the fatal act in a chair.  Did he pace?  Was there a note we haven’t found yet?  Did he stare at himself in the mirror?  Did he give any thought to the anguish and misery he’d leave behind?  He wasn’t much of a talker, but that was always okay by me.  We were both fathers, husbands, homeowners, breadwinners—we had that mutual respect and understanding.  I look at my own life, and it’s linear happiness even with the tinge of blueness that the pandemic and political unrest has wrought, and wonder what could’ve driven him to such an awful solution.

Less than a week later, and the ripples have us already shopping for a bigger house to accommodate our mother-in-law, whose need to be close to her daughter and young grandkids has grown painfully obvious, even to an emotional rube such as myself.  Two weeks later, and there are fewer sobs—until I hear my mother-in-law talking to a friend on the phone in another room and hear her beginning to gasp.  I send in sweet, blue-haired Lou to administer a blanket of hugs.

But life must go on.  Suicide leaves the survivors with so many unanswered questions that will forever hover without satisfaction.  We plug in what we think makes sense—the logical, the possibly unseen reasons why it might’ve happened.  It’s human nature to try to find closure in the unclosable. Some guilt resides—it’s inevitable.  How could I have helped prevent this unnecessary anguish?  Damn.

As I revealed to those close around me what had happened, I was amazed to hear the stories from people I’ve known for years that they had experienced similar loss that I hadn’t known about; an aunt, a sister, a friend.  How common this act against nature and our will to survive had become.

My last thoughts—the National Suicide Prevention Lifeline phone number is 800-273-8255.  If you or somebody you know are contemplating leaving this planet, please give the rest of us a chance to talk you out of it.  To let you know how you connect so many pieces of us together.  And believe people when they casually mention ending their own life as a possibility.  Chances are, they are painfully serious.

The Burner: Foodball scores a Touchdown in Harbor

Sun Nov 15 , 2020
11/15/2020 Pandemic or not a 39-year tradition to help those struggling was not going to be stopped due to Covid-19. Aberdeen and Hoquiam High Schools have thrown down for nearly 40 years on who could raise and collect more money and food donations for the Grays Harbor area. But could […] 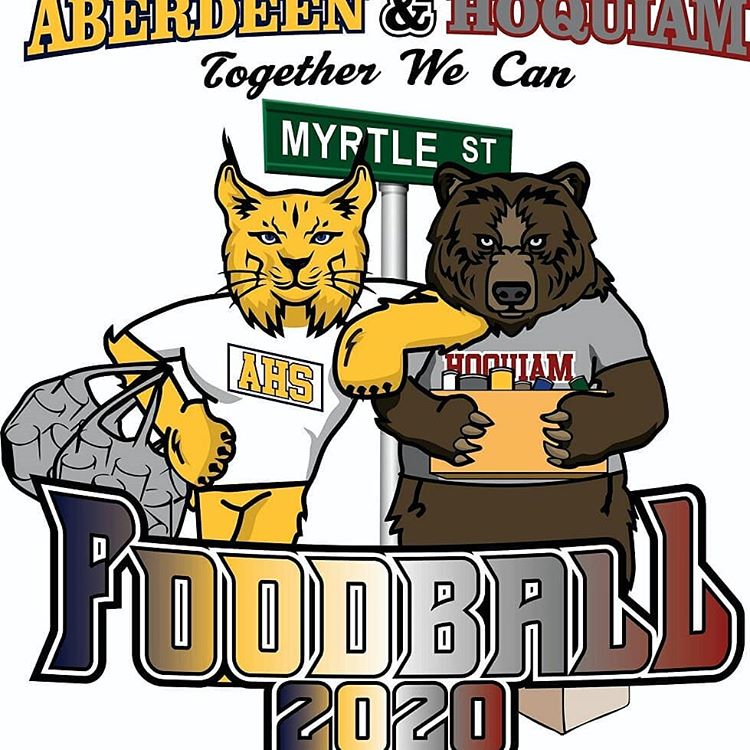