(Above: BreeAnna DuRussel’s submission video to the National Cheerleaders Association)

In a year full of uncertainty, there was one thing that was certain: BreeAnna DuRussel being named an All-American.

In her senior season, DuRussel once again earned the recognition from the National Cheerleaders Association as an All-American for the fourth consecutive year.

“I was nominated by my coach this year,” DuRussel said. “My coach had to nominate me and we only got to nominate just two people on the team and I think I was the only one who ended up trying out this year so it’s a really big honor and I’m just so grateful.”

The selection process was different this year due to the pandemic. Cheerleaders were given a cheer to learn in a short amount of time and then they had to record their three best jumps and send it in and wait to hear if they were selected.

“They’ve sent me an awesome certificate and I have the opportunity to participate in a parade like the Thanksgiving Day parade with the NCAA,” DuRussel said. “I can choose from many parades to participate in with them. I’m super excited.”

Not having regular cheer practice or being able to work with coaches in person made things different, but DuRussel made it work.

“It was definitely difficult with not having four days of cheer camp before to prepare and learn the cheer with my team and being taught instead of over a video by an instructor,” DuRussel said. “It was definitely different but since I’m home all the time, I have time to still stretch and practice and still get the work in, but it was a lot different for sure.”

Her team showed her a lot of support after DuRussel earned her award, congratulating her and making social media posts to highlight her achievement.

One person who was super proud of DuRussel was her mom, Tina Kramer. She started BreeAnna at a young age and she’s been passionate about cheerleading ever since.

“I did encourage her. I put her into a recreational clinic when she was about four years old,” Kramer said. “I thought, I always wanted a little girl and I wanted her to cheer and of course have all the fun but she picked it up and she loves it and she’s tried other sports but cheer is her love and passion and she’s super dedicated.”

Right now would normally be football season and while that is disappointing, DuRussel was named cheer team captain this year and she’s excited to get out there with her teammates if the sports seasons go on as scheduled.

“I’m beyond excited right now. We are starting to teach our teammates the cheers,” DuRussel said. “We do workouts and we send them out, I’ve been keeping up with those. I do my own workouts on the side on top of it so continuing to stretch and freshening up on the cheers definitely helps.”

She’s hoping to continue cheerleading in college and has already been accepted to Montana State University for pre-medicine.

This isn’t the senior year she was hoping for or expecting, but she’s trying to make the best of it and enjoy her final year at Tumwater.

“I am so proud of myself,” DuRussel said. “I think I’ve come very far as a leader, as a cheerleader, like altogether. I’ve grown so much in these 13 years, it’s been a wild ride. I think senior year, I have so much more to learn by becoming a leader for this team and picking up that role and I just can’t wait to see how it turns out.”

Sun Nov 8 , 2020
11/9/2020 (Auburn, WA) The post season awards have been announced for the 25th Emerald Downs season. We will go through each one and category and in this piece we focus on the horses. Horse of the Meeting, Top 2-year-old Male & Top Washington Bred Dutton This is the 3rd Horse […] 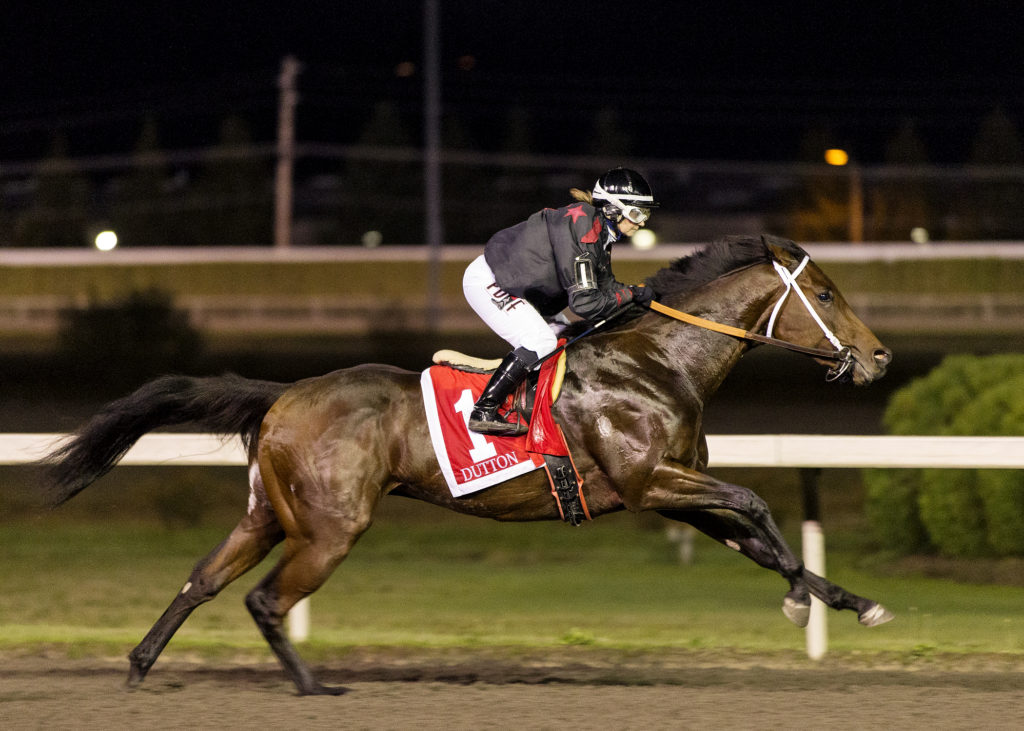