“That Got Me To Thinkin’…?” Chapter 20 “Forced Pleasantries”
By Bruce Williams

I was waiting for an elevator not long ago (before face masks) and an attractive young woman was exiting the carriage.  I stepped aside to allow her to pass, but what made this non-event remarkable was the forced, sour wince (masquerading as a smile) she felt she was obligated to give me for my unspoken act of mild chivalry.  I would’ve felt less gross if our interaction had remained neutral—better than being forced to abide what appeared to be faintly cloaked disgust.  I began to ponder all the forced pleasantries that we subconsciously perform, many with a hint of malice.

Take the “check back” at a restaurant for instance, after your meal has been delivered and you’ve had a chance to taste it.  “Is everything okay?” you might be asked, shortly after taking a huge mouthful of pasta or cheeseburger—the server waiting for the precise moment so that you’ll be unable to communicate any more of your mundane requests for more this or that (“You’ve had plenty enough, sir…”)  Or even more deftly, the drive-by thumbs up—an indication that you, too, should mirror that your food is satisfactory enough and we can both be done with each other until it’s time for me to pay the bill and go.

Then there’s the handshake…rarely a treat unless it’s someone I really like and their hands are warm and dry (a miniscule convergence of concentric circles).  The pandemic has virtually destroyed this old custom, and I can’t say I’m too broken up about it.  Those wet-handed ones; the jerk that’d grab you hard and pull you off balance in their direction; the guy that’d clutch just your fingers in what amounts to a “miss” but never lets you slide your palm down into its proper place; the guy that wants to let you know he’s been using a hand gripper at his desk as he tries to crush all 27 of the bones in your appendage.  This traditional aloha might never come back, which is probably just fine.  And don’t even get me started on the high-five—the fist bump’s troglodytic half-brother (thank you, brilliant Elaine Benes).

Another ongoing assumption is the “like” button on Facebook.  My wife rarely goes online anymore because she feels bad if she misses any of her friends’ posts without giving them the appropriate affirmation—easier to just skip it altogether.  Me, not so much.  You’ve got to earn it, though your kids will almost always get a nod (unless I’m sick of looking at them), or any other of your milestone accomplishments or bits of humor or originality.  I decided long ago not to “Happy Birthday” anybody because it seemed excessive—a virtual daily chore, though I do like receiving that acknowledgment and yes, I do know how selfish that is, but I hope to make it up in other myriad ways…I find pithy comments about barely noticed posts often quite welcomed.  “No” to repetitive selfies, too—unless you’re rarely pictured or rarely post—then you’ll receive enthusiastic encouragement.

“How’s your day goin’?!”  I don’t know why this benign inquiry is so shiver-inducing for me—maybe because it usually comes directly out of a gum-smacking mouth right before it asks me for some kind of favor.  Do you really want to know that I dropped a dish in the sink and broke it, and somehow cut my hand in two places picking up the ceramic pieces?  Or that when I went to get gas, the first pump wouldn’t respond to my credit card, so I moved my car to a second pump and the card reader had been jammed with something so I then had to move my car yet again across the street to a different station?  You don’t, really.  A simple, “Good…good so far,” is adequate, so why does this one seem to drain so much energy out of me?  I fear I’m becoming an old, thick-eyebrowed Nebbercracker, holding my responsive soccer balls closely to my ever sinking chest.

So what have we determined here, other than I’m not so very nice?  The fabric of society is held together by each door being opened, every returned smile and wave, the stifled insult and the gratuitous laugh at an oft-repeated joke du jour. Regardless of your politics or religion, these are what’s expected of you, so play along and play nice if you know what’s good for you.

The Burner: Former Bellevue Football assistant head coach publishes his side of the story

Mon Oct 26 , 2020
10/26/2020 Years after a scandal rocked the Bellevue High School Football program, former assistant coach Pat Jones has released a book on his side of the story. You can find the full story and info on the book here. 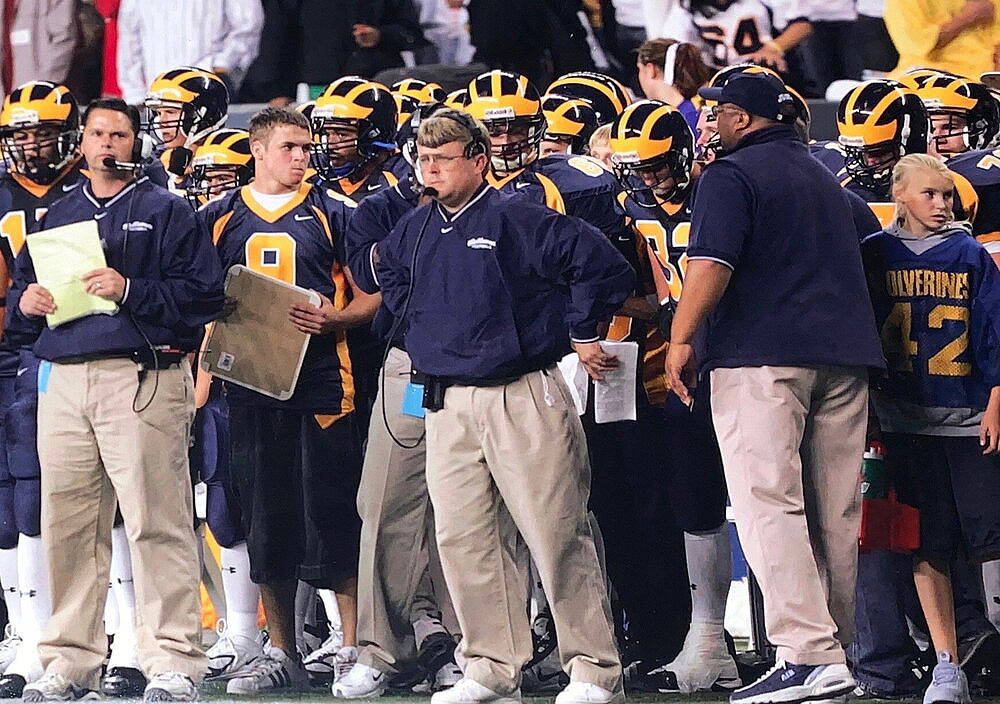