“That Got Me To Thinkin’…?” Chapter 19 “Dog Communication”
By Bruce Williams

Every pet owner has wished at one point or another that they could speak with their pet in some meaningful way. My wife and I were pondering what it would be like to live a languageless life like our dog Ruby, but then we started listing all of the ways that she actually does communicate through her various barks, growls, whimpers and tail wags. There’s a German Shepherd down the street that has twice rushed out of its garage as we’re walking by and clamped its crummy Nazi jaws down on Ruby’s exposed neck as its negligent owner comes frantically running after it. Now, whenever we see that dog out leashed and walking around, Ruby gives it a good snarly, anti-Teutonic growl.

Ruby likes to sit out in the middle of our backyard and exchange barks with the neighborhood dogs in some sort of wind-carried call-and-response. The previous neighbor across the street had three dogs that were vociferous barkers, regularly exchanging their hoarse bellows with our tuna-breathed darling. When they moved away, poor Doobs sat facing the fence in their direction, repeatedly offering hopeful two-cadence calls which sadly fell unanswered—until she finally abandoned the quest after a couple of forlorn, fruitless weeks. We fear that they might’ve been planning some sort of revolt against their humans and their subsequent bondage in general, relaying their plans of revolution through their throated woofs like signal fires passed along mountaintops warning of imminent rebellion. “No leashes!” our beagle chanted. “No fences!” the Pomeranians would echo in solidarity. They would pass word of a group of feral dogs in Canada that had already gained their freedom, and were waiting for them now with baited anticipation—several deer carcasses ready to dine on, as well as all the road kill you care to sniff. My wife posited that the aggressive German Shepherd might be seen as some sort of collaborator with we humans, hence the violent disregard between our beasts. I swear I’ve seen a look of sheer malevolence in Ruby’s eyes, especially when bypassing her bowl to scrape the remnants of old, leftover chili out of the Tupperware into the garbage, a snort and bloodshot side-eye warning me ominously with an unspoken, “Someday…someday,” as she saunters away grindingly to regain her perch as sentry on the big chair by the front window.

Then there’s the peeing. Throughout our walks, she’s peppering the whole neighborhood with her urine like an annoying salesman thrusting his unwanted business cards into every hand, as well as sniffing every pole, trunk and turd pile (“Oooh—hot dogs…lucky!”) There’s usually a long line of puddles on the paved trail on the backside of our development that Ruby will drink from (and I’m assuming other dogs as well), and she’ll often load up on the fresh rainwater held therein. But she’ll also squat and take a leak when she’s done—always right at the top of the puddle cluster so that it’ll trickle down into all the others and let the other dogs know that she was, indeed, there. It sometimes makes me fear that my dog might be a little bit of an asshole.

I have found acceptance as a food bowl filler, a walking partner, a sliding glass door opener, and a head massager—the last being encouraged unendingly by a purposeful snout flip of my idle hand once it absentmindedly falls to the wayside, dormant. I am not so acceptable as a leash tugger, a vet visit conveyer or a bath giver (cruelly perpetrated with the ruse of obligation-free salami). Once, post bath on a warm summer day as I read in a chair outside and she sunned herself on our hillside, I glanced over to see her waddle down next to me with something in her mouth, proceed to drop it on the grass and then roll her back all over it. Upon closer examination and a deep inhale of realization, I discovered that it was errant cat scat (we don’t even have a feline), and she was now covered in it and giving me a look of pure defiance like Offred glaring at Serena Joy in “The Handmaid’s Tale”. Back into the tub she went, this time with a slightly more vigorous scrub followed by us both retreating to our respective corners afterward, quietly simmering.

Then there’s the whimpering. If you go into the bathroom, she’ll sit outside and cry like she’s missing out on something mysteriously wonderful in there. She’ll cry to have herself let out several times during the night (she has a medicated condition called Cushings that causes frequent urination), as Michelle and I competitively pretend that we’re fast asleep—the winner smiling devilishly when the loser throws off the covers with a disgusted, martyred exhale. Then, as she putzes around in the backyard at 3:00 in the morning, the weary “master” standing impatiently at the door will rasp instructions in her direction through clenched teeth, hoping desperately to retrieve her before the cool night air prevents them from falling back asleep in a timely manner.

So they do communicate, our tailed friends…just not so much with words. I have seen my dog smile broadly on many occasions. And I’ve seen worry in her eyes when she’s been injured or isn’t feeling so well. I’ve witnessed her dancing excitedly, sharing enthusiastically yet unknowingly with whatever the rest of us are yammering on about. Most importantly, I’ve felt her loyalty and her undyingly uncompromised love. Really quite an amazing accomplishment from a simple beast without the aid of language. 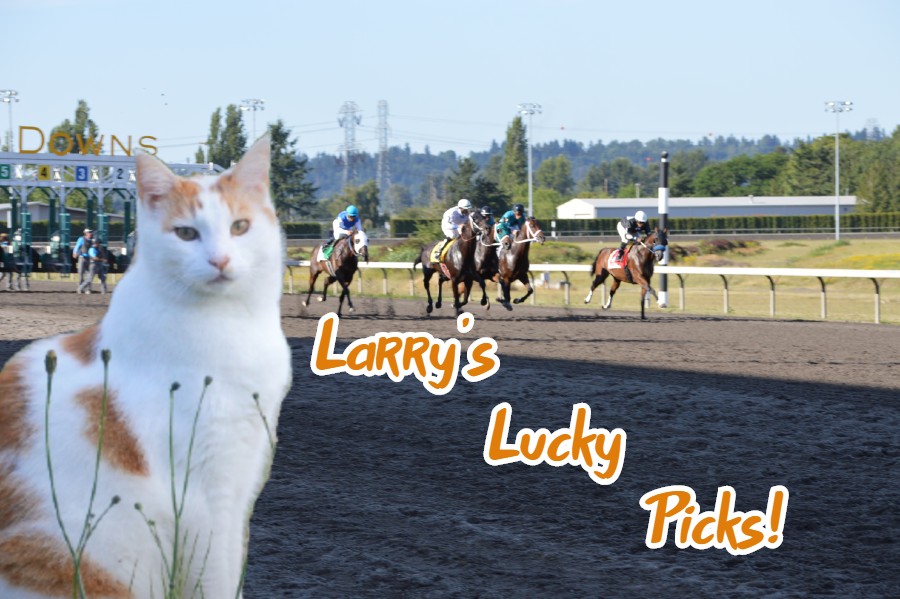