Skip to content
News THE BURNER: HS sports stories around the State!

The Burner: City of Hoquiam forges ahead with Olympic Stadium upgrades 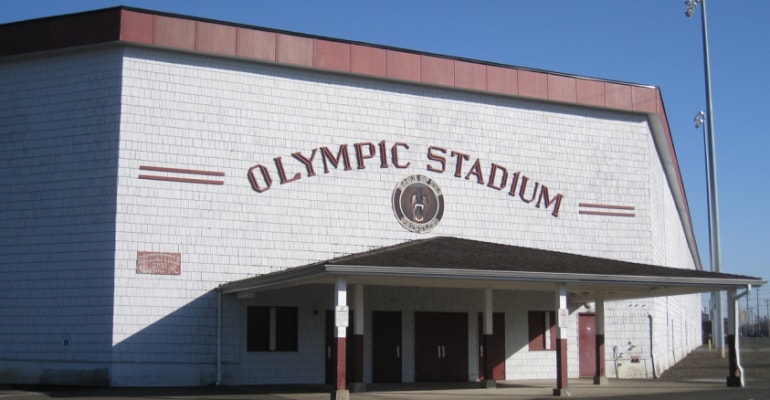 (Hoquiam, WA) The City of Hoquiam has just begun their grand 10-million dollar face-lift and upgrades to Historic Olympic Stadium. The city just received a $900,000 federal grant combined with some state and local funds they could be between 15-20% of their funding goal.

Hoquiam High School plays their home football and baseball games at Olympic but the old wood stadium has been host to many teams and events most recently the Grays Harbor Gulls a minor league professional baseball team and a semi-pro football team, the Grays Harbor Bearcats. Dan Hammock in the Daily World newspaper out of Aberdeen has the story on the grant and the plans in the initial steps of the renovation.