(Auburn, WA) The 85th Longacres Mile will run tonight at Emerald Downs in Auburn. The field of 9 will be set to race for the $100,000 in the most prestigious race in the Northwest. The morning line favorite is Anothertwistafate at 8-5. There were 10 set to go but a late scratch today of the 3rd favorite He’s the Reason at 5-1 has been withdrawn.

The warm-up to the Mile is the Emerald Distaff for fillies and mares and Killarney Lass is the morning line favorite at 9-5. A full card of 11 races get underway at about 5pm and you can watch all of the Emerald races at this link. https://emeralddowns.com/racing/

Meantime, our resident handicapper Larry the SportsCat has handicapped the Mile and made his selections and a little commentary for each entrant.

Race 8 The LONGACRES MILE 100k
(My top picks are the top 3 and then I will have a comment for each one.)

7 Papa’s Golden Boy 10-1
I am picking local star Papa’s Golden Boy. He is the fastest horse on the grounds and will certainly have the lead but have Trainier Vince Gibson and jockey Gary Wales been able to get him to slow down after getting the lead. I am banking they have been able to get Papa to rate a little bit and I see him re-breaking at the quarter pole to open up an insurmountable gap. If they can’t get him to rate or slow down he will not last. I am going to go for the pay-off.

2 Five Star General 9-2
The Hastings invader the first of 2 from Trainer Glen Todd. He picked up this one from the East Coast after a very good string of efforts in Stakes and Allowance races and has been unstoppable at Hastings until his last where he finished 3rd in a battle. He likes to be close to the lead so it will be interesting how close he stays with Papa. The General may find himself in no man’s land if he lets Papa go and relax he may not stop, if he goes head and head early he may burn out, tough spot but he also simply may be too classy.

1 Elliott Bay 8-1
With a lot speed signed on here Bay is hoping for a 22 and change quarter and 44-45 half and that will set up his late kick. Elliott Bay just might get the dream set-up while saving ground and with so much speed many times this opens up plenty of gaps for him to find for a big stretch run. He was claimed from the Belvoir barn last year for a track record 50k and the funny thing is if he wins this he will likely win the way Belvoir won it with Wasserman and Barkley and look for him coming late.

3 The Press 20-1
With Barkley retired this is Belvoir’s hope to pick up his 4th Mile Trophy. The Press is coming off a solid win at the 25k claiming level. He with regular rider Jennifer Whitaker will no doubt be sitting off the pace and hope for the speed dual in front of them. He is one of my favorite horses but not sure he can win against these but I will have him on my trifecta’s and supers in the 3 and 4 positions.

4 Anothertwistafate 8-5
Yes he is the favorite and he did run in the 2019 Preakness so there were high expectations of this guy but he stopped in the 2nd leg of the triple crown and finished up the track and we have not seen him since. The other issue I have is in his 3 wins he led every step of the way. That will be difficult in this race and so is that an issue with this guy. I think he will have to do something he has never done in his career yet and that is to win from off the lead. He simply may be that good but if not I don’t want to take a short price on him to do something he has never done before.

6 Hollywood Heat 30-1
First Glance a come from behind win looks great but 2nd glance showed it was a 51-1 stunner and this is no more than an allowance horse. If he wins it may surpass the longest shot ever to win the Mile. Worth the $2 win just for that!

8 Take Charge Deputy 12-1
Was closing in the Mt Rainier and getting to Papa’s Golden Boy but could never get by him and Elliott Bay ran by for the win. Now at the Mile might be more in this one’s wheel house and will also be in line waiting for the early pace to fall apart.

9 Makah Lane 15-1
3rd start of the season after winning in first out and then an even effort in the Mt Rainier Stakes finishing 5th. Maybe he bounced if so he will need a big step forward to challenge.

10 La Waun 20-1
Tough to think a 10k claimer winner could then win the Mile but this guy has been climbing the ladder with a win at an optional claiming and just missed at a 30k Allowance Optional claimer by a head going into to the Mile. So just maybe this guy is ready to pull a stunner.

Here are Larry’s Bet’s: (You can see all of Larry’s picks for each Emerald Race Day look for Larry’s Lucky Picks)

The Burner: Central Kitsap School Board Furloughed all 3 AD's now agree to talk more with Community

Fri Sep 11 , 2020
The Burner 9/10/2020 The Central Kitsap School District announced plans to furlough their 3 Athletic Directors at Central Kitsap, Olympic and Klahowya until further notice. Kitsap Sun Sports Editor Jeff Graham attended a recent Board meeting where there were plenty of sports and extra-curricular activities supporters on hand to find […] 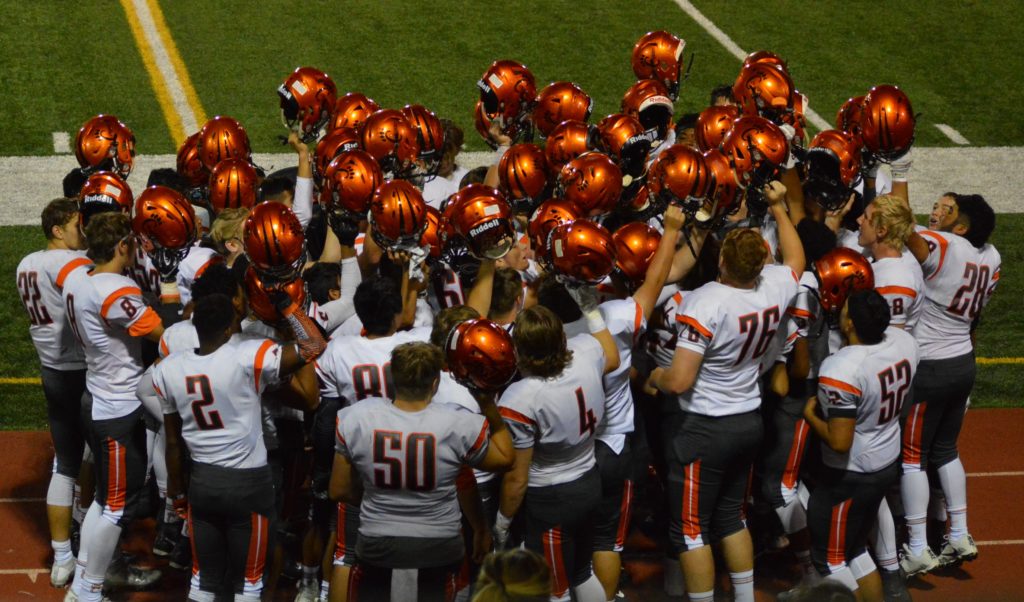