Skip to content
News THE BURNER: HS sports stories around the State!

The Burner: ESPN’s Kirk Herbstreit breaks down on College Gameday 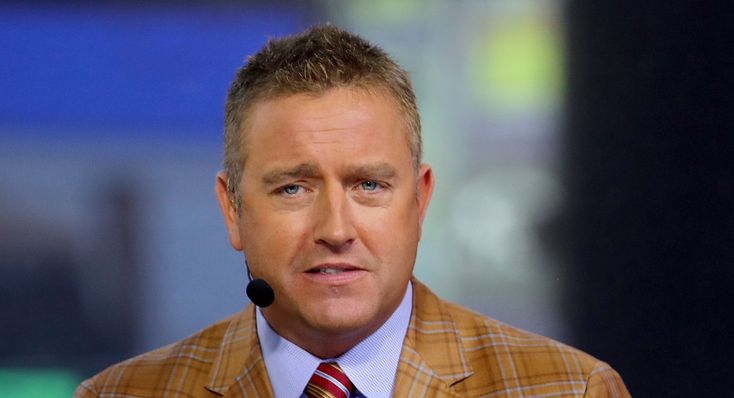 Longtime ESPN College Football analyst Kirk Herstreit broke down emotionally live on “College Gameday” as he talked about current social issues regarding race. Herbstreit and ESN’s Larry’s the SportsCat actually got into a little national tweet battle when Larry responded to a tweet Herbstreit had put out supporting former Washington Head Coach Steve Sarkisian and how many people were missing him. Larry pointed out that his sources were not correct and that most Dawg fans and many within the program were relieved that Sarkisian was gone.

Larry drew the ire of Herstreit when he tweeted back that Herbstreit should do his homework prior to making such pronouncements. Herbstreit shot back sarcastically at Larry about his friendship with AD Scott Woodward who left in 2016 for Texas A & M after Sarkisian left for USC. Woodward somewhat redeemed himself by hiring Chris Peterson from Boise State before taking the A & M gig. Ironically Mark Emmert was the U-W President at the time Woodward hired Sark exclaiming “I think we got our man”.

Larry then linked several stories and articles regarding the issues with Sarkisian and why he was not missed which seemed to get under Herbstreit’s skin a little and Larry was flooded by Ohio State fans with all kinds of tweets. Herbstreit of couorse is an OSU alum and his army of fans were there to back him up regardless of facts of course.

There was clearly a disconnect between the SportsCat and Herbie as he is lovingly referred to on College Gameday but let’s make this absolutely clear, the SportsCat and ESN absolutely support and appreciate Herbstreit’s passion, compassion and empathy in his views on the current state of affairs and urge you to read and watch his entire response. It is emotional, raw and real. His message is simple and to the point, Larry and ESN have always been Herbstreit fans despite the disagreement but we appreciate his passion, love and care of College Football but more his love and care of the players. Herbstreit also proves without a doubt that because you love and are passionate about something that you can always put it in the proper perspective of importance. Well done Mr Herbstreit…well done.