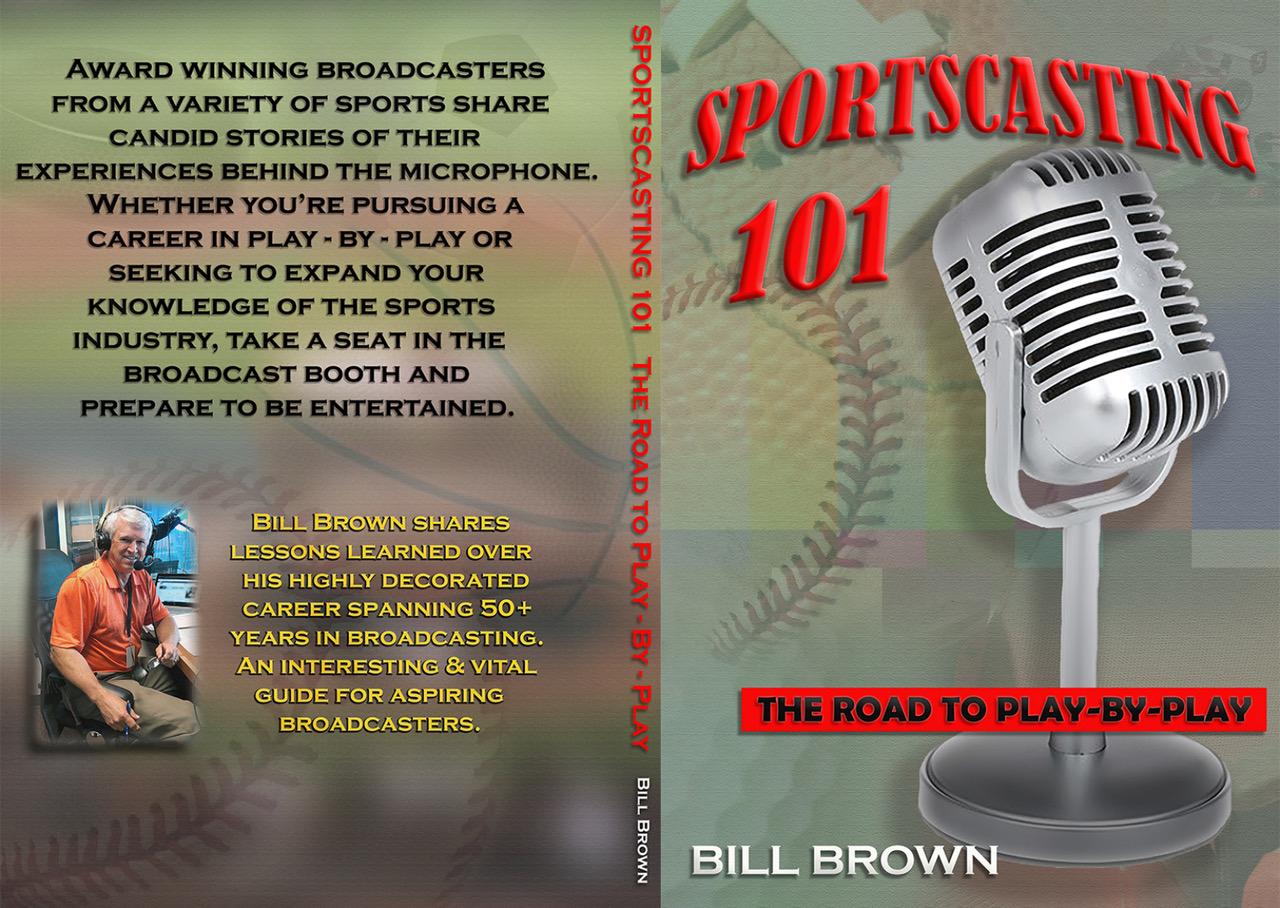 The following article deals with a new book coming out soon that my long time friend Bill Brown wrote with the help of others about the basics of sports broadcasting. Bill retired recently as the long time television voice of the Houston Astros.

I first met Bill Brown at Liberty Park in Sedalia, Missouri. It was the summer before our freshmen year at Smith-Cotton High School. I had gone to the park to take in some ball games which was my want on most days. If I wasn’t playing I was watching games as much as possible. I noticed Bill sitting in the top row of seats in the stadium. He had a small tape recorder and was doing play-by-play. After a half inning of play he stopped and we chatted. I asked Bill what he was doing and he said, he wanted to be a major league baseball broadcaster. I can truly say he was probably the only freshman in our class that knew what his career path was. He asked if I wanted to help and I had no idea what I was suppose to do. He said you have played baseball your whole life, just talk about what you see on the field when I stop talking. I’m thinking I can do that. The next inning started and Bill was at his craft. He paused for a moment and I jumped right in. Not sure what I said but it felt natural and was so easy. After that half inning Bill said that was very good and just keep that up for the rest of the game. Little did I realize then that my future in broadcasting had begun but it would take sometime to get behind the mic again.

At the end of this article there will be a link to go to and order this book.

As someone who has been blessed with a life of career thrills and tremendous experiences, at age 73 it is time to show gratitude by bringing some thoughts to youngsters who have the same career goals. That is the purpose of “Sportcasting 101”. The book is published by Amazon.  It should be available sometime in August of 2020.

With an opportunity now to mentor some high school and college students critique some young professionals in broadcasting, my focus has shifted to helping those who have big dreams and many questions about how to achieve them. Through some of the top professionals in every major team sport, young readers and fans of sports in general  can get an inside look at the education, preparation and performance of a sportscaster, whether it be professional, college or high school sports. The focus is on play-by-play. A large panel of experts has basic technical information about the approach to play-by-play as well as many life stories to being some important advice.

The sportscasters in this  book have taught me so much that I’d love to start all over again!That won’t happen, but the young readers can avoid many of the mistakes I made by reading this book.

Bill Brown is a native of Sedalia, Missouri who knew when he was 14 that he wanted to be a baseball broadcaster. He grew up listening to St. Louis Cardinals games on the radio. Brown took a high school journalism class and was a radio reporter at age 17 for a 1.000-watt station and a sportswriter at a local newspaper. He got a Bachelor of Journalism degree from the University of Missouri in 1969. Brown did play-by-play jobs for high school and college basketball and high school football at Jefferson City, Missouri outside of his classwork at Mizzou.

When Brown graduated in 1969, he was hired as a news reporter/cameraman at WOAI-TV in San Antonio, Texas. He had served as a intern at that station through the Missouri School of Journalism after his Junior year.

In 1971, Brown was drafted into the U.S. Army. He was a broadcast specialist and served in Vietnam as a radio and television sportscaster. His first commercial TV sportscasting job was in 1972 at WLWT-TV in Cincinnati, Ohio. Brown was a major league baseball play-by-play television voice for the Cincinnati Reds for seven season, 1976-82 and for  30 years for the Houston Astros, 1987-2016. He has been inducted into the Texas Baseball Hall of Fame and the Houston Astros Media Wall of Honor. He was voted Texas Sportscaster of the year in 2013.

The link for the presale of the Kindle ebook at Amazon is: