The Dominoes have Fallen; No Sports this Fall in Washington State 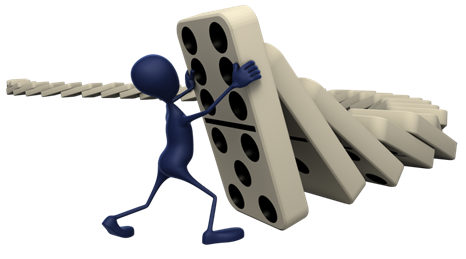 It wasn’t that long ago that the WIAA released the 4 season sports plan where Football, Volleyball, Soccer and Girls Swimming all got pushed into what is now season 3. They left the option open to compete if able in Cross Country, Golf, Tennis and Slow Pitch. The Championships to all of these sports would be in the Spring but Districts and Leagues could choose to play this Fall if they were allowed.

Well the 4 season plan has quickly evaporated to a 3 season schedule which is set to start January 1st. The dominoes began to fall when the Governor and State Health officials recommended most if not all school districts begin with remote learning, in other words not in school buildings. It was always a big question that despite the sport or activity how could schools allow them to occur if students are not allowed in school and the answer is simply they won’t.

There are 9 Districts in the State of Washington that make up the WIAA. District 1 North King County up to the Canadian border, District 2 is the Seattle Metro, Dist 3 South King County to Olympia and up half the Peninsula and District 4 is Forks to Tumwater to Vancouver to the coast, that is Western Washington. District 5 is Ellensburg, Yakima south to the Tri-Cities, District 6 is mainly Douglas, Chelan and Okanogan counties. District 7 east from there to the Idaho border the Northeast corner of the State, District 8 is Spokane Metro and District 9 the Southeast corner. There is crossover of school from an area of one district to play in another league due to classification such as West Valley Yakima is clearly in the heart of District 5 but they are a 4A team and participate in the Big 9 league in District 6.

We asked each District Director to confirm if they have any sports that will be played this Fall and we have heard from District’s 1, 3, 4, 7 and 8. We know Seattle Metro District 2 is not so there are no Fall sports in Western Washington.

Along with Districts 7 and 8 we know the Big 9 and the Caribou leagues in District 6 are out and the EWAC, CWAC and SCAC are out in District 5. This leaves  the CWB a mixed league of 1B and 2B schools that offer only Cross Country of the 4 available sports. This leaves District 9 which only has 1 1B league and 1 2B school and we do not know if they even offer any of the 4 sports.

So if all the Dominoes haven’t yet fallen there is only a couple at the end of the maze that are left. Regardless that means 99% of the schools will not be officially competing between now and the end of the year where we all hope we will be in a position to begin season 2.

For more information on the reformatting of the ’20-’21 season: