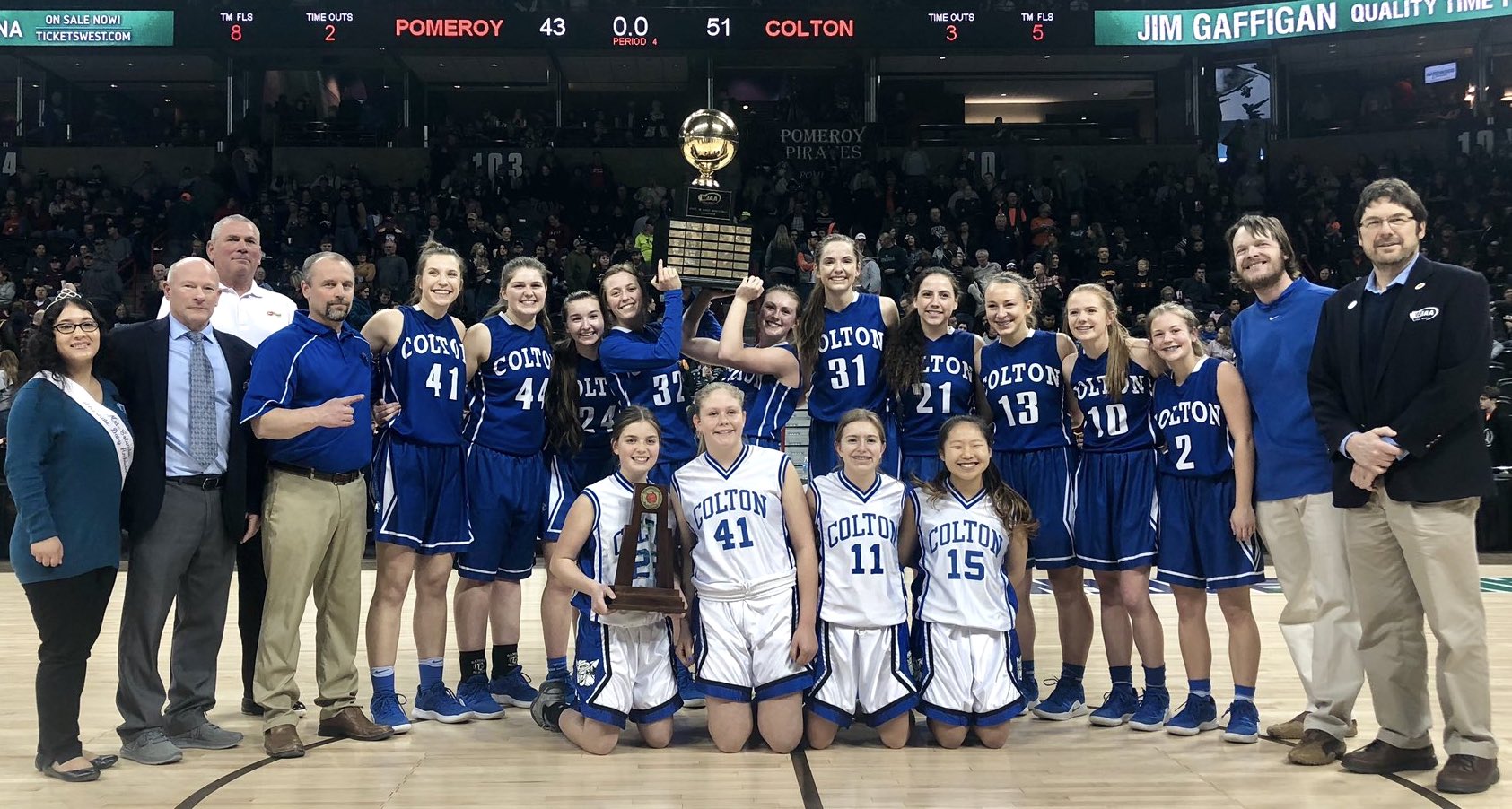 (Centralia, WA) The Eli All-Decade Hoops Special is now in the books and all 4 of our Video Programs have aired announcing all the winners. There was so much information and video clips that we had to spread it out over 4 parts. Here is a simpler re-cap and includes the crowning of our Grand Champion!

The All-Decade teams were determined on a point system based on placing in the top 8 of the State Tournaments. This was a measurement in consistency and the teams that are always in the mix. Up first we are going to release our top 10 teams combined boys/girls and all classifications. At the bottom of the page are links to each of our 4 part series and to our the 4 episodes of our video programs.

This little town between Pullman and Clarkston has dominated 1B Girls Basketball like no one else over the past 10 years. They scored 85 points and had 8 State Championships and 1 3rd place finish out of 10 years. They were 14 points ahead of the next closest team and completely dominated.

Fun Facts about the All-Decade teams:

The most popular mascot to place in our top 5’s
Bulldogs! 5 or 4.5 schools include Garfield, Cashmere, Okanogan, Colfax and the questionable one Gonzaga Prep Bullpups. This questionable call edged out the Eagles with 4 including Cleveland, Arlington, Federal Way and Yakama Tribal. There was a 3-way tie for 3rd with the Knights, Tigers and Vikings. There were 2 Bears, 2 Warriors and 2 Falcons to round our the multiple mascot appearances.

Private and Tribal schools
Out of the 62 teams (boys and girls) in our top 5’s (including ties that created a 6 team top-5), there were 47 Public schools, 14 Private schools and 3 Tribal schools. Now county just schools because some sent both a boys and girls team there were a total of 53 schools represented with 40 public, 10 private and 3 tribal.

Grand Champion
As dominating as Colton was in this past decade in the 1B girls, they did not make the State Tournament for the 1 and only time this past tournament in 2020.

Top 10 all Classifications
in the combined boys and girls all-classifications there were 4 girls teams and 6 boys. There was an interesting pattern the girls took spots 1, 2, 9 and 10 while the boys were more bunched 3-8.

Scoring oddity
The combined score of the Colton and Lynden Christian teams is 156. The combined total of the 4 other top teams in the girls is 156! Additionally the Mustangs/Lyncs 156 points is more than the point total for 4A girls combined including a 6th team with 147, more than 3A girls with 131, they beat the top 5 scores in the 2B girls but a tie with a 6th team pushed the 2B girls ahead with 163. And they also defeated the 4A boys who totaled 152.