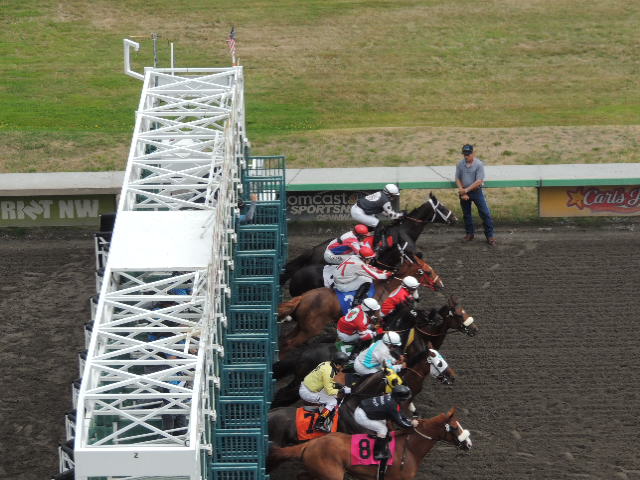 (Auburn, WA) Emerald Downs was ready to open their 25th season with no fans in attendance and only wagering on-line on Monday, June 22nd. Those plans have been changed and now they will open on Wednesday, June 24th. The track is set to run only 2 days a week until fans can be allowed back on site and then they will go back to their 3-day weekend schedule.

Track officials say the change was made due to a glut of other tracks jumping to open on Monday and Tuesday’s where traditionally there are few tracks running. The thought was to try and stand out more with fewer options to choose from across the country to attract bettors but several other tracks also had the same idea. Emerald officials also worked with TVG, the live streaming television network for horse racing to find times during their programming where they could get as many Emerald races on the air as possible.

It was decided Wednesday and Thursday’s make the most sense but there have also shifted post times. The original plan was to race at Noon on Monday and Tuesdays but now first post will be 2:15 on Wednesdays and 5pm on Thursdays.

Last month the Washington State Horse Racing Commission approved a 44-day meet to run through October 4th. However, that end date could be moved even later if fans are not allowed on site until later than now anticipated with the Governor’s Phased Re-Opening Plan. If they must stay on the 2- day schedule longer than now planned they will likely push the closing dates later to get in all 44-days of approved racing.

The hope is to offer 10 races a day during the 2-day racing weeks. When they go back to 3-days they will likely offer a 7-race program on Friday night with up to 10 races on Saturdays and Sundays. The Stakes schedule has also been shifted and is set to begin in August. The Grade 3 Longacres Mile is set to be run on Sunday, September 13th.