Football in the Spring is not a Fantasy 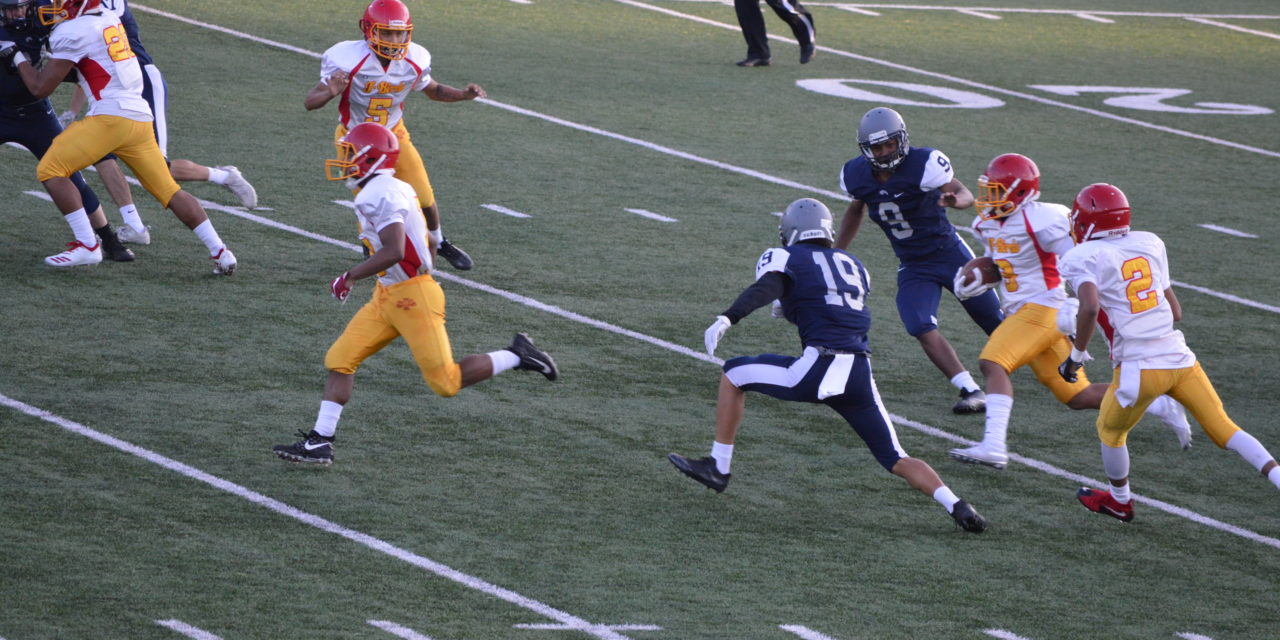 (Centralia, WA) About a month ago and a month or so into the new reality we are all living with there were questions beginning to be asked sports in the Fall. When would we know? How will it work? Then some ideas began to circulate like playing full schedules with no fans or limited fans and then that led to some additional rumblings of actually moving sports from their traditional place on the calendar to another season.

We wanted to know if there was some real juice to these options or if this was chatter due to idle hands or in this case lips. Let’s set the stage first with where we are now. If the current situation remains then there is no discussion we will be without schools in session or any sports. That possibility seems unlikely and that some kind of new schedule will be developed for each school district to start the process of getting back to “normal”. For our discussion we are going to focus on sports and what it may look like come September.

The NFHS just released a 15 page document on how to re-open sports and it is meant to be a comprehensive overview for all 50 states. The NFHS says they hope this will help individual states to pick and choose the information. The document is a great read and details the many things that Athletic Directors and Coaches did not have to think about before such as a cleaning regime, number of kids involved in drills, how to distance, how to participate with a mask, pre-competition screening and so on. Link to full NFHS report.

The NFHS divided the sports up into risk levels with the sports with more person to person contact being higher risk and the less contact and the easier to distance moderate or low risk. Football, wrestling and competitive cheer and dance were in the high risk while Basketball, Soccer and Water Polo were moderate risks and Volleyball, Baseball, Softball, Tennis and some individual events in track were in the moderate risk with an asterisk that said they believe they could be low risk with appropriate cleaning policies of the equipment in place. Low risk sports were individual sports like golf, track, cross country and swimming with some accommodation like maybe golf would play in pairs to ensure easy distancing and a staggered start for cross country or only every other lane in track for instance. 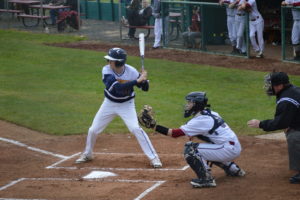 The questions staring the WIAA and all schools are these, when will they know from the Governor’s office what kind of restrictions will still be in place when school starts? When will we know if fans can attend? These 2 questions are paramount in deciding what they can realistically do in the Fall.

There is another pressing matter facing the Football season and that is even if they can get the games in without fans or very limited number of fans does it make sense to play the season in the Fall? The Athletic Directors we talked with said unfortunately no it is not worth it. (We talked with these A-D’s off the record.) Why you ask? This is the tough part, its about money. Here are the hard facts that can not simply be dismissed but football revenue accounts for half or more of most schools athletic income and these are serious dollars.

The A-D’s we talked with said it’s much like college where football pays for a lot of the expenses for non-revenue sports and without the revenue from football there will likely be some serious cuts. One A-D told us thier football gate ranges from 4k-10k per game and most teams host 5 home games. This was a 2A A-D and then talking with a 2B A-D who told us more than half of his $30,000 athletic budget comes from football. 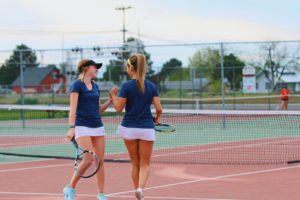 The other problem is there is no way to make that revenue up. If you play the football season with no fans it’s not like those dollars can be recovered especially when you figure that school districts are already going to be stretched thin as is the State. There will likely be little appetite to fund sports when schools may still be dealing with on-line teaching, limited contact and busing, feeding and other issues of basic education.

This has fueled talk of shifting football to Spring and playing baseball in the Fall or move both football and volleyball and start the year with baseball and softball. Two A-D’s are in favor of completely swapping all Fall sports to the Spring and Spring to the Fall. They said that the Spring sports just took it in the shorts and didn’t get to play anything and yes they know the Seniors can’t come back and play but all the other kids that wanted to compete in spring athletics sure want to have a chance to play.

We talked with WIAA Executive Director Mick Hoffman earlier where he said the one thing they do not want to do is to blow an opportunity to play some kind of sports because it would be outside of the traditional time of year they would normally play. Hoffman says this is all being taken very seriously and out of the box thinking must prevail and everyone from parents to players, coaches, A-D’s and the WIAA has to be open for changes and be willing to pull together to make sure no opportunity slips past us.

Some of the revenue numbers we are talking about for these programs range from a low of $15,000 to upwards of $35,000. The money is used to pay for equipment, gear, uniforms, officials, busing, security, ticket takers, custodians, score keepers, P-A Announcers along with helping students struggling with paying the fees to participate.

The big question in the end can schools gamble to keep Football in the Fall only because that’s when they have always done it not knowing whether or not they will be able to allow fans. Or do they make a move to allow the most time possible to have conditions possibly change that could include further research, medicines that help fight the virus to a larger herd immunity to ultimately a vaccine that would allow larger crowds.

Some other considerations that must be taken into account include game officials. The average age of varsity officials is over 50. Some may not be in the same shape they were in 20 years ago, some may have developed health issues and there may be a number of officials who don’t want to risk it and will not officiate. One of the A-D’s said if 5-10 officials step away that will create a huge issue with having enough to cover the games just in their District.

With game officials, you have a minimum of 5 for football, 3 for soccer and between 2 and 4 for Volleyball. Spring officials have 2 umpires and 3 for soccer so Spring sports need fewer game officials. He also felt that not flipping all the sports would then put some sports against each other where they hadn’t been before. In his case he said half of the girls fastpitch team are also volleyball players and if they are both in the Fall then that puts the kids in a tough position.

There are more issues to consider but in the end there is a real possibility that the traditional sports schedule could be turned upside down in 2020-21 and we expect a final decision could come as soon as mid-June to likely early July at the latest. Most of the A-D’s believe a decision needs to be made anywhere from mid-June to mid-July. Some thought they could wait until August 1.

We spoke with one A-D who is not in the same position. He is the District Director of 4 schools and said frankly they lose money even with football. Only one of his schools makes a profit. But being in a larger district in the heart of the population base of Puget Sound they have other concerns such as whether their area will even be allowed to do minimal activities. He said it is really important for all schools from every corner of the State to stop and put themselves in each others shoes and to work together to come up with solutions that can work for everyone.

When we told him what losing the football revenue would do to some of these other district budgets he said he really didn’t understand that piece until now and says he can truly understand why many would want to play football when they had the best chance of allowing larger crowds. He says it just wasn’t a consideration in his world. He also said that he has to be open and understanding that if schools in more rural areas have the ok to compete that they need to be allowed to do what they can even if some districts are not allowed. He said maybe there wouldn’t some State Tournaments or even District Tournaments in those cases but agreed strongly that all A-D’s need to be open to creating any kind of competitive opportunities.

One suggestion though if the decision was to move the Spring sports to Fall that maybe they could maybe they could start a week earlier and get some games and competitions in prior to Labor Day.

As you can tell there are a ton of moving parts to this whole issue and in the end it is about creating as many competition opportunities as possible under the conditions we will face without missing the chance to compete in something.

So the notion of moving Football to the Spring is not idle chatter and is something that must be seriously considered. The next few weeks there will be a lot of discussion and then some hard decisions that will have to be made. Buckle up it is going to be interesting. 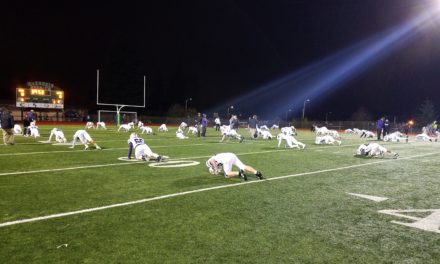 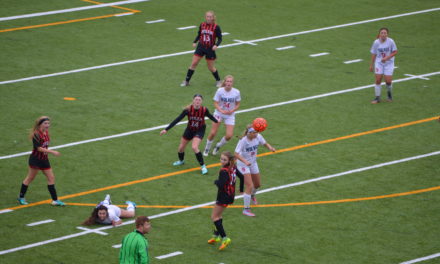 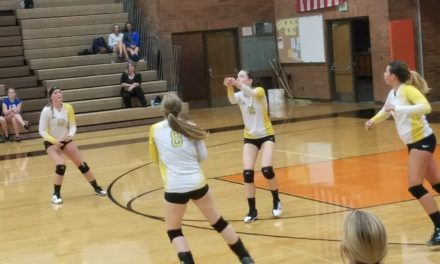 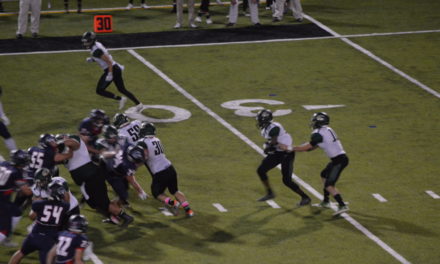