(Renton, WA) The WIAA representative assembly recently concluded their voting period on 23 proposed changes from the Winter Coalition meeting this past January. There were several eye catching changes mixed in with what could be called cleaning up other issues. The WIAA is a private, non-profit organization which schools that participate in WIAA sanctioned sport and activity events belong. The WIAA has a total of 12 employees and they staff the organization. The WIAA is a representative voting body which means there are 53 representatives of school Administrators and Athletic Directors from all across the state that vote on these amendments.

The WIAA also has a 13 member Executive Board that is represented with 1 member from each of the 9 State Districts, 3 Regions and 1 combined District rep. The WIAA staff is charged with carrying out the results of the voting process by the members. The WIAA staff is a non-voting entity and focuses on gathering information and putting together the operational aspect of each passed amendment by the voting body.

We think it is important to keep sharing this information on how the WIAA works because there always seems to be quite a bit of confusion on how issues are brought up, deliberated and ultimately decided even with many members of the WIAA. The best example is a City Manager style of government, the manager and city staff carry out the wishes of the city council but it is the council who has the final say, like the voting body of the WIAA.

Now on to the changes and you can see all the actions taken by the Rep Assembly here at WIAA 2020 amendments.

Let’s start with Basketball there were several changes but the biggest one was to the disappointment of some coaches who have been pushing for the past several years of expanding the regular season games from 20 to 24. We talked with WIAA Executive Director Mick Hoffman who says he understands the coaches want to expand but there are several reason why this keeps getting voted down and added the vote wasn’t close.

Hoffman says “it had an uphill battle to be approved and the vote against was significant.” The arguments against adding more games begin with basketball gets to play more games than any other sport already with teams that make it all the way to the final day of the State Tournament playing in some cases 30 games. Hoffman says the increase is a 20% increase of the regular season.

“There have been attempts to add two games which were not successful so I don’t know what the magic number is, said Hoffman.”  “Supporters of any amendment need to work closely with ADs and other administrators to help them understand how the extra games could be implemented.  There is room for a couple more games but that would require winter break contests and a heavier preseason schedule.  Again, the beauty of the WIAA system is the membership gets to decide and we are happy to implement whatever is decided, said Hoffman.”

Many point to Oregon and other states that allow more games but Hoffman says they also overlap sports more than we do in Washington or in other words instead of being done by the first Saturday in March, they are done the 2nd or 3rd Saturday of March which is well into the Spring sports schedule. Hoffman says there is little appetite for doing that from any of the representatives across the state. He says the overlap we have now is minimal and one of the results of allowing a winter sport to overlap 2-3-4 weeks into Spring for example, is it deters and discourages student-athletes from turning out for other sports.

The other significant basketball rule changes focus on counting. The boys will now play with a 30-second shot clock like the girls have been for years. When the boys first went to the shot clock it was 45-seconds then it was dropped to 35 seconds and now it will be the same as the girls. There girls also had a significant change and that is the 10-second back court violation has been re-instated. The 10-second rule had not been in force for several years with the thought process of the 30-second clock is rolling and that was enough.

This has proven not to be the case especially when a team is trailing and forcing a team into a potential 10-second violation or burning a time-out was not available with no back court violation. These two moves will also clean it up for officials who now days are officiating both boys and girls basketball. Yes, there was a day when each sport had their own officials but with such a lack of officials available this is no longer possible.

In Volleyball their coaches wishes of adding to their schedule was approved. Teams can now play 18 regular season games instead of 16. Hoffman says this change the reps could see fit a lot easier than 4 extra basketball games. There is some additional cost of course but this is only 2 matches not 8 basketball games which combine both the boys and girls basketball additional games. Plus the 2 additional Volleyball matches could be easily added as there is a lot more space to add these matches during the current regular season and it averages out to 2 matches per week.

The off-field issue with the most impact will be the new transfer rule. Hoffman says one of the issues they found was that people were taking advantage of the move rule. In other words if a student began playing at a Public High School and in his Junior year decided he wanted to transfer to a Private school all the family had to do was move to a new address and could even be in the same neighborhood. And the reverse also true going from a Private to a Public school.

Hoffman says the new pieces passed will make this far more difficult and believes it addresses many of the concerns there have been relating to transfer. Hoffman says there are many legitimate reasons for transferring schools and the WIAA will continue to keep an appeals process to give students a chance to explain their situation and why an exception may be warranted. Hoffman says simply transferring because they want to play on a different team is not a valid reason.

The last off-field piece that was approved was to allow 2B schools to be included in the free and reduced lunch count for a chance to opt down to 1B. The 2B classification was not included in the first round that begins next Fall and will run through 2024. This was at the request of the 2B schools back when this new way of counting eligible students was established.

They will be able to start in 2024 and could not for this round because it was already completed and new leagues have already been formed. Hoffman says once again there is an appeals process and if a 2B school really needs to be considered to move down that can still happen on an individual basis.

All of these amendments that were voted on were all presented at the WIAA Winter Coalition Meeting. ESN broadcast that meeting live and is available to watch for free here.

Wed May 13 , 2020
5/13/2020 (Auburn, WA)  The Washington State Horse Racing Commission voted on Friday, May 8 to approve a 44-day race meet at Emerald Downs in Auburn beginning on Monday, June 22. This is a change from the originally scheduled opening date of April 18. The current Corona virus epidemic of course […] 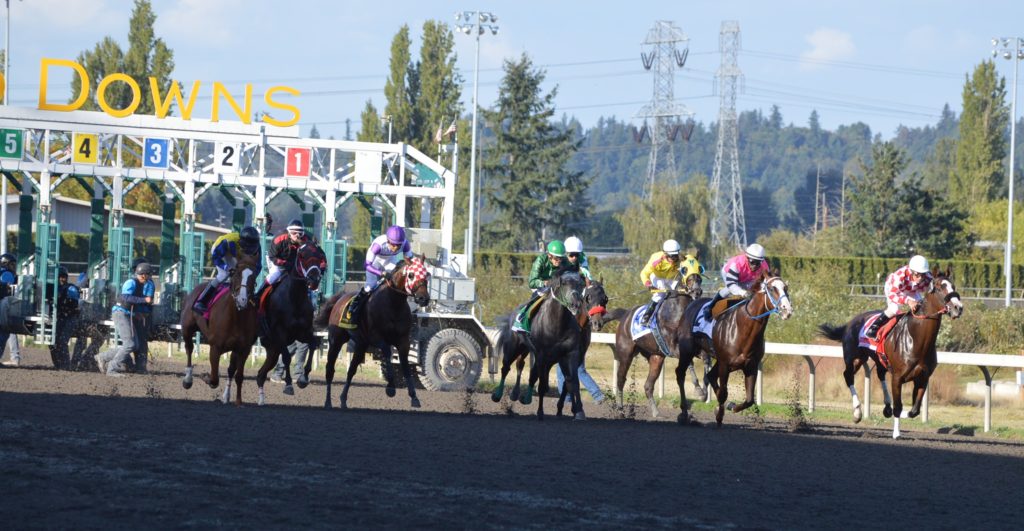