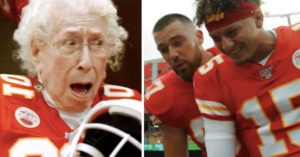 Let’s get one thing straight, sports are not important in the sense of why the police are or doctor’s, paramedics and so on are but sports does have their own importance. Sports brings out the best and worst in people but man the good far outweighs the bad. This story some may say is NFL propaganda and they are using it only to put a good face to cover some of their problems. But it isn’t. Of course the NFL has issues like all of us in society but the quick to judge, negative, blame others, look for the bad in others to make me feel better, I’m a victim, I’m offended crowd’s voice has gotten too strong in recent years and this story is a shining example.

Melba Mills lives in suburban Kansas City and has been a Chiefs fan her entire life. She is 100 years old and she attended her first Chiefs game in KC’s home opener of the NFL’s 100th season. The doomsday, black cloud over their head Eeroy’s of the world will complain that Mills’s son who wrote a letter to the Chiefs about his mother is too blame as to why she has never gotten to go to a Chief’s game or that the Chief’s only did it because it was their 100th year anniversary and they wanted to take advantage of the publicity and that could be true.

However, I have a simple answer to that…who cares? Why does that matter to you if it does? Read and watch this story and tell me this doesn’t mean the world to this nice lady. For those looking to find fault or badness what is wrong with you? Why can’t we be happy for others who have something go right for them or something nice happen why are we so quick to look for another agenda or reason as to why someone or a group of people can’t simply do something nice for someone because they would enjoy it?

Her love of HER team is clear and the fact she followed Hall of Famer Len Dawson back in the 60’s and 70’s to her current crush on Patrick Mahomes is incredible. This story is why sports are important because sports connects people with each other. In what other arena could a 100-year-old woman have such a connection with a 24-year-old young man whom she is not related? I encourage you to watch the video and witness the impact of what happens to Melba and watch her reactions. You will share in those feelings and that feeling is why sports are important.

Story is here: 100-year-old Melba Mills is a Kansas City Chief for a Day

Mon Jan 27 , 2020
1/26/2020 (Renton, WA) The WIAA released their long awaited re-classification numbers after new rules were instituted in the counting of enrollment. The WIAA shifted back to a hard count to divide the schools in to 6 classifications from the 4a down to 1B. Here are the classifications and the enrollment […] 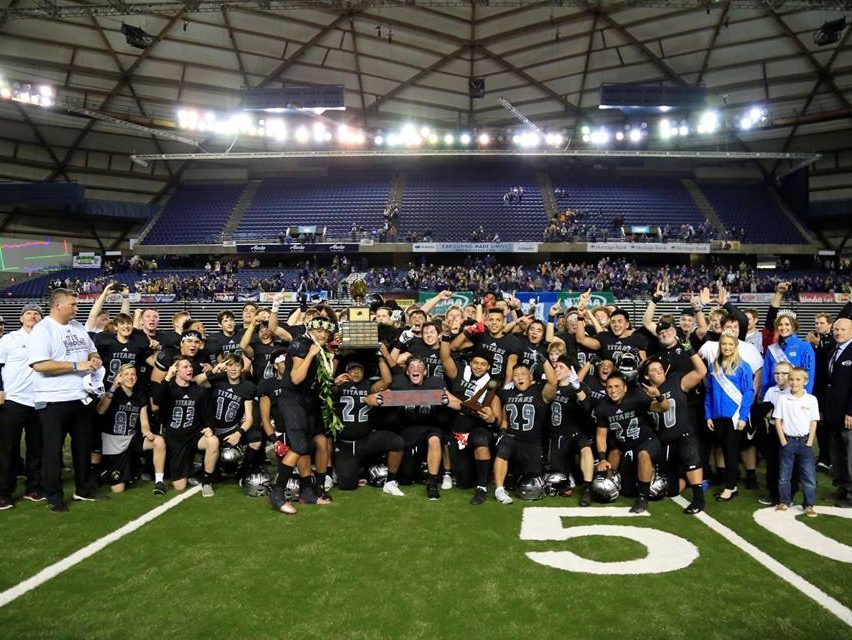