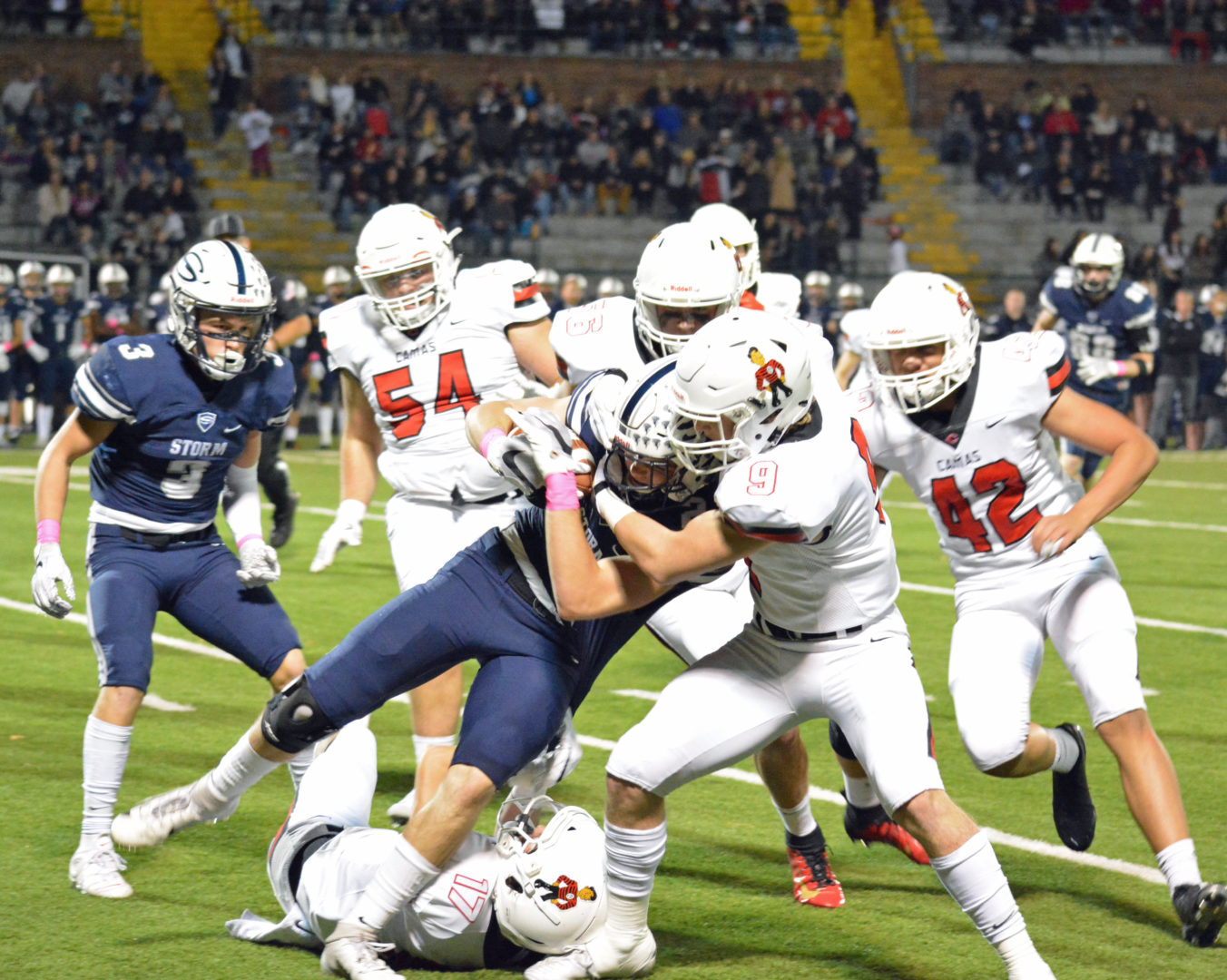 Papermakers escape scoreless second half with a 21-17 victory

Just centimeters from taking a one-point lead in the fourth quarter, all Skyview could do was watch Camas run away with a fumbled football in front of the goal line and a 21-17 victory Thursday at Kiggins Bowl.

Running back Jalynnee McGee received the handoff and was determined to get into the end zone. Skyview fans were sure he crossed the goal line, but there was a fumble. Camas cornerback Charlie Bump knocked the ball free and it landed in front of linebacker Josh Gibson. He gobbled it up and Camas escaped with its lead intact.

The Papermakers established a 21-3 advantage in the first half on two touchdown runs by Tyler Forner and a 28-yard touchdown pass between quarterback Jake Blair and receiver Jackson Clemmer.

The Storm roared out of the gates in the third quarter and scored 14 unanswered points. Mason Wheeler caught a 13-yard touchdown pass from quarterback Yaro Duvalko on fourth down. Skyview got the ball right back and Duvalko wasted little time firing a 38-yard touchdown strike to Gavin Baskette to bring the Storm back within five points of the Papermakers.

Skyview got the ball back again on an interception by Josiah Cochran, but Camas forced the Storm to turn the ball over on downs on the 26-yard line. The Papermakers and the Storm traded possessions, but neither team could break through. As the game creeped into the fourth quarter, Camas still led by five.

Skyview created buzz when Ahmani Williams and Baskette made big catches to set up a first and goal for the Storm. But the forced fumble by Bump and the recovery by Gibson was a gamechanger for Camas.

Thursday’s victory gave the Papermakers (8-0) sole possession of first place in the 4A Greater St. Helens League. Camas can clinch the league title and the No. 1 seed into the playoffs by beating Union Friday, Nov. 2 at Doc Harris Stadium.

Skyview wraps up league against Heritage Nov. 2. If the Storm defeats the Timberwolves and Union beats Camas, there would be a three-way tie for first place and a playoff would be necessary.